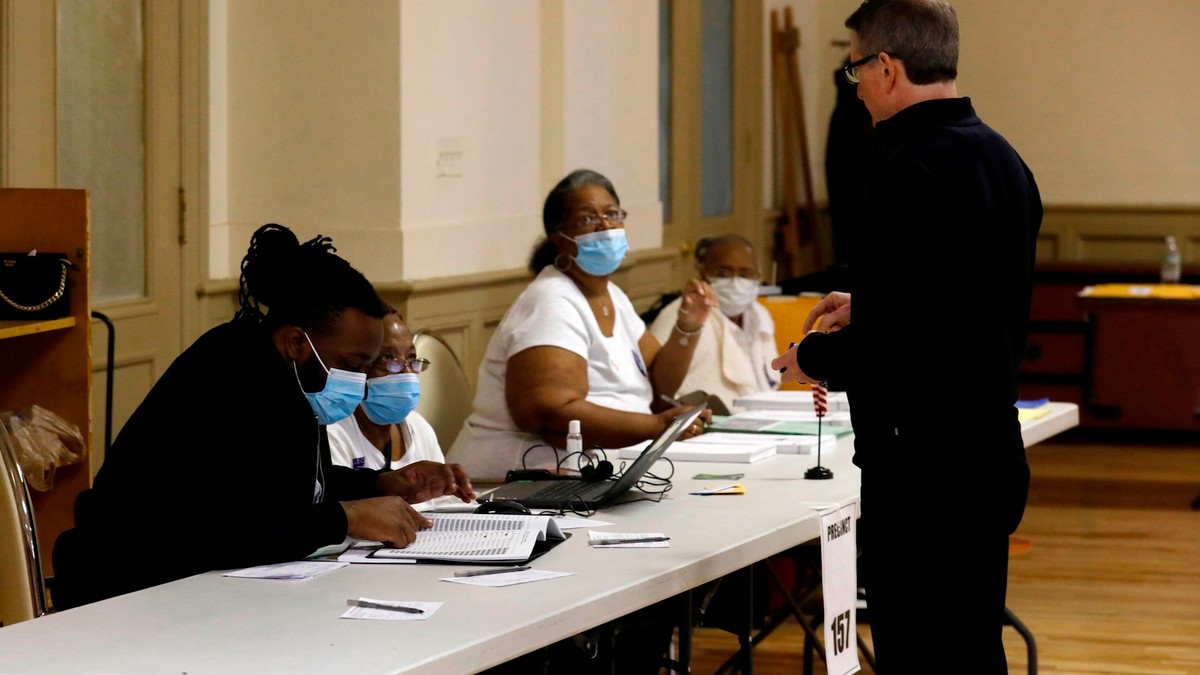 WASHINGTON — Four big states have primaries Tuesday — and there are growing concerns that coronavirus will scare off enough poll workers to cause election-day chaos.

Illinois, Ohio, Florida and Arizona are the first states to hold elections since the coronavirus outbreak was declared a pandemic. Across the country, a spike in resignations from the volunteers needed to run the elections are forcing states to scramble to find enough people to serve as poll workers.

The top election officials from the four states put out a joint statement Friday seeking to calm concerns.

“Based on the best information we have from public health officials, we are confident that voters in our states can safely and securely cast their ballots in this election, and that otherwise healthy poll workers can and should carry out their patriotic duties on Tuesday,” Arizona Secretary of State Katie Hobbs (D), Florida Secretary of State Laurel Lee (R), Illinois Elections Board Chairman Charles Scholz (D) and Ohio Secretary of State Frank LaRose (R) said in a joint statement.

Poll workers, the volunteers that actually run elections across the country, have been resigning in droves as fears of exposure have grown dramatically in recent days. That’s put a huge strain on local election officials, which heavily depend on volunteers, many of them aging retirees, to run smooth elections. More than half of poll workers in 2016 were over age 60, according to the U.S. Election Assistance Commission. It’s always a struggle for local officials to find enough volunteers to run elections — but finding last-minute replacements has been especially tricky this year.

Franklin County, Ohio’s largest county by population and home to Columbus, has lost hundreds of poll workers in recent days, many of them reneging on their commitment because they’re worried about the disease. County Board of Elections spokesman Aaron Sellers said at last count, the county is 241 volunteers short of the 3,200 they need to feel confident in a smoothly run election — and that as of Thursday they were losing approximately three volunteers for every new recruit they’d landed in recent days.

READ: Here’s what Trump can do in a coronavirus national emergency

“We have had some poll workers for legitimate reasons decide they don’t want to work. We’re working with local governments, business communities, and the Columbus Bar Association to fill the gaps we have,” Sellers told VICE News.

LaRose told VICE NEWS that the state had signed up more than 1,200 new poll working volunteers since he made a plea for people to do their “patriotic duty” and step up at a Tuesday press conference.

“For healthy people, it’s safe to be a poll worker, it’s safe to be a voter, and the good news is large numbers of poll workers are sticking with us,” he said. “People tend to step up in a situation like this. It’s our nature to want to donate blood after a mass shooting, donate supplies after a hurricane.”

Ohio isn’t alone in its scramble for help to run the election. Florida officials are facing similar shortages. Pasco County Supervisor Brian Corley warned on Thursday that his office was “hemorrhaging” poll workers and. In an email, he told VICE News Friday he has enough poll workers to run the election “at this time” — a seeming hint that if more people opt out the county could face election-day problems.

State officials are also working hard to help local polling locations find enough sanitizing supplies so they can wipe down voting machines regularly. They’ve been pushing voters to vote by mail or show up to vote early, when lines are shorter and fewer people are around. They’ve shuttered planned polling locations in nursing homes. And they’re combatting coronavirus-related election disinformation aimed at sowing panic and confusion.