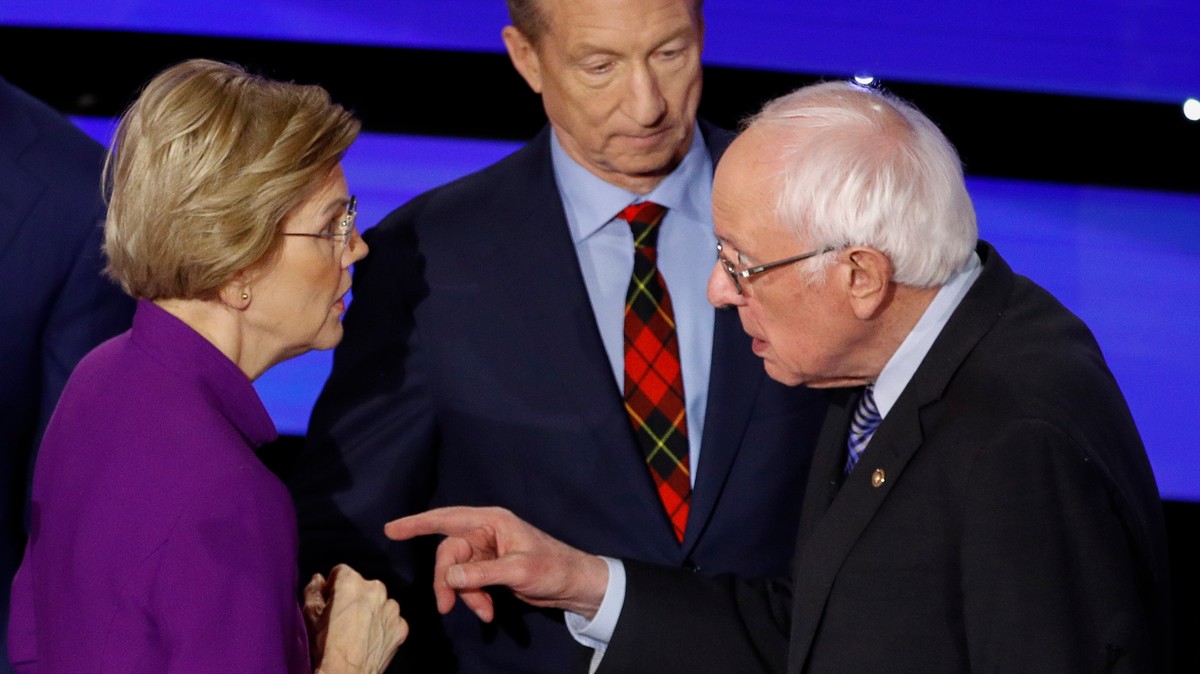 The sum of all fears for the Democratic left just came true.

The informal truce between top presidential candidates Bernie Sanders and Elizabeth Warren broke down at the debate Tuesday night, and it lost a couple of wheels in the process. Now, in an attempt to control the damage, the leaders of six progressive groups — including those who’ve endorsed Sanders, Warren, or neither — are calling for an end to hostilities.

Following a leak of a private 2018 conversation between the two to CNN ahead of the debate, after which Warren reportedly told people that Sanders told her a woman couldn’t be president — a charge Sanders has flatly denied — the topic came up during the debate. Sanders again said it “didn’t happen”; Warren simply said she “disagreed” and wanted to stop talking about the matter, then proceeded to combat the idea that women are less electable.

But that wasn’t the end of the conversation. CNN released audio Wednesday night of a much-discussed exchange between the two on stage after the debate. “I think you just called me a liar on national TV,” Warren is heard telling Sanders. “You know, let’s not do it right now. If you want to have that discussion, we’ll have that discussion,” Sanders said.

“Any time,” Warren replied. “You called me a liar. You told me — let’s not do it right now,” Sanders shot back, before walking away. Following the debate, Sanders and Warren supporters clashed on social media; #NeverWarren was at one point the top trending hashtag on Twitter, but use of the hashtag by prominent progressives hoping to ease tension ended up giving the impression of a sexist onslaught against Warren and fueled media coverage that amplified it.

READ: Warren to Sanders: ‘You Called Me a Liar on National TV’

Progressive activists were quick to call for de-escalation following the debate, but on Wednesday the leaders of six groups with varying allegiances or non-allegiances in the primary went a step further and released a joint statement calling for unity. The statement pins the blame for the spat on the media, and calls for the party to unite to win the primary and defeat Donald Trump in November.