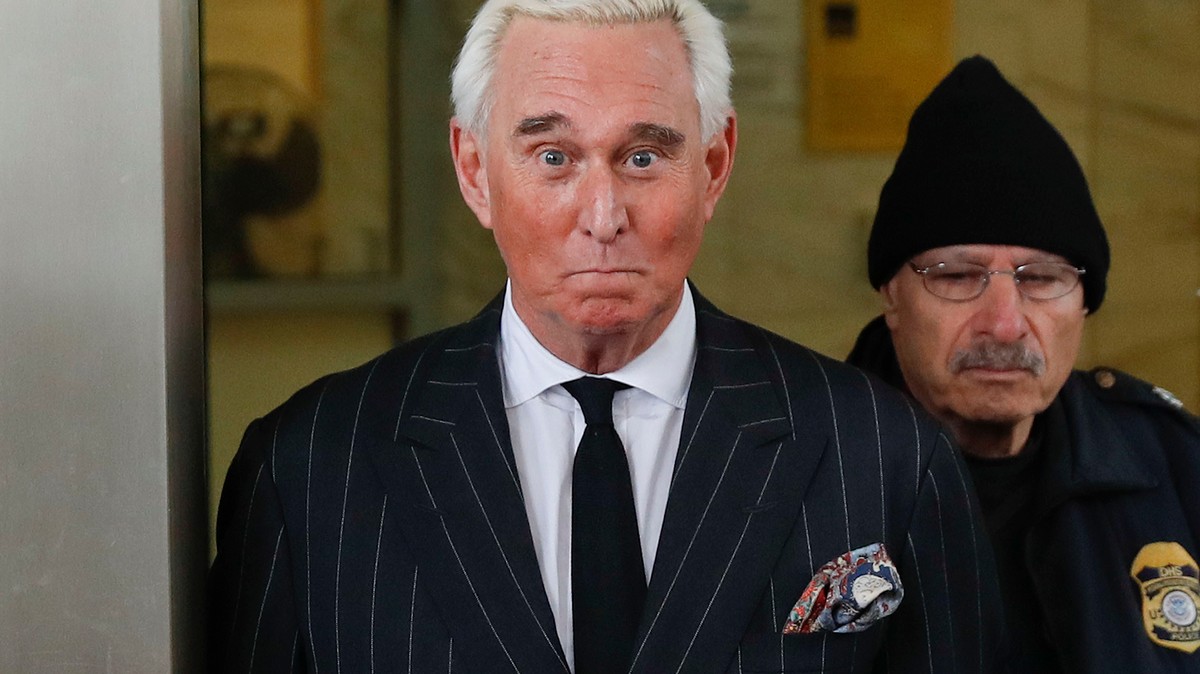 WASHINGTON — Roger Stone’s judge thinks he just used her court for a PR stunt, and she’s not having it.

Shortly after sentencing President Trump’s crony to more than three years in prison for lying under oath, Judge Amy Berman Jackson slapped down Stone’s attempt to have her removed from any further consideration of his case.

In an ice-cold ruling released late Sunday, Judge Jackson dismissed Stone’s complaint as “nothing more than an attempt to use the court’s docket to disseminate a statement for public consumption that has the words ‘judge’ and ‘biased’ in it.”

The judicial dropkick came at a moment when Washington is rampantly speculating about whether, and when, Trump may grant a presidential pardon to Stone, the GOP political trickster who’s been neck-deep in high-profile American scandals going all the way back to Watergate in the 1970s.

Stone was convicted on seven counts of charges including false statements and witness tampering in November, after a trial in which prosecutors blasted him for lying to Congress to protect Trump from an investigation into Trump’s ties to Russia.

Trump has expressed sympathy for Stone and said he thinks the trial was “obviously tainted.” And Trump’s hinted that a pardon might be coming — but not quite yet. Instead, Trump has said he wants to see Stone’s legal process play out fully, including Stone’s various attempts to unravel his conviction on appeal or score a new trial.

Stone is demanding a new trial because, according to his legal team, one of the jurors “misled the Court regarding her ability to be unbiased” in the case, and “Stone’s Motion for New Trial is directly related to the integrity of a juror.”