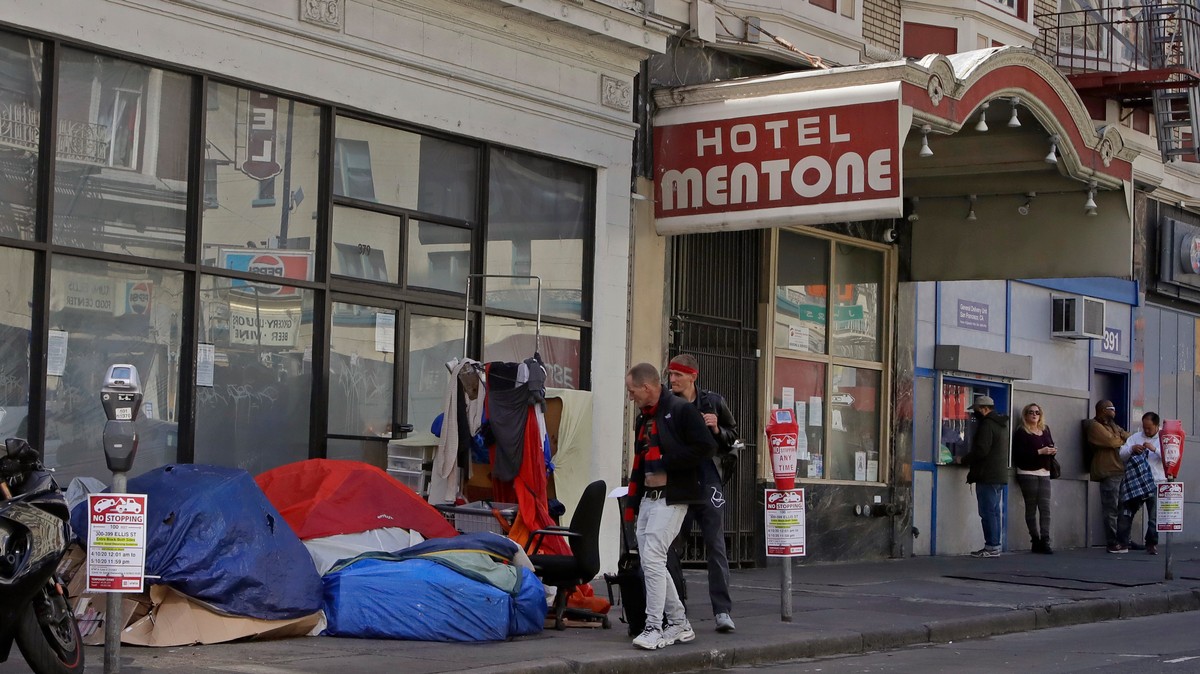 San Francisco lawmakers just ordered that the city secure more than 8,000 hotel rooms for the city’s homeless population to better protect them from the coronavirus pandemic.

The San Francisco Board of Supervisors — which has repeatedly expressed frustration with Mayor London Breed’s approach to housing issues during the pandemic — unanimously approved the emergency ordinance Tuesday. The rooms, which the mayor has less than two weeks to reserve, can also be taken up by frontline workers.

San Francisco has already relocated hundreds of homeless people to hotel rooms and contracted thousands more. But advocates and lawmakers argue the criteria to get a room has been far too limited — favoring those who had tested positive for COVID-19, the elderly, and immunocompromised — and far too slow. More than 8,000 homeless people primarily sleep outdoors in San Francisco and typically only get a warm bed if they choose to stay at a crowded shelter, where social distancing isn’t possible. The city’s largest shelter is also currently experiencing an outbreak.

“This is the public health disaster we have warned about every day for the last month. It was entirely avoidable, but the Mayor was more interested in being tough with homeless people than preventing this explosion in COVID-19 cases. The results are tragic,” Supervisor Dean Preston, said in a tweet Friday, when it was announced that 68 homeless people at the shelter had tested positive.

Preston even personally funded hotel rooms for the homeless himself.

This week, San Francisco recorded a fast-growing outbreak among at least 90 residents at MSC South, the largest “congregate” shelter in San Francisco with approximately 340 nightly guests, according to the Guardian. Advocates continue to demand that cities across California provide hotel rooms for all homeless people before the outbreaks become widespread, and a newly formed organization, No Vacancy CA, plans to personally check homeless people into hotels in Los Angeles, San Francisco, Sacramento, and Oakland Wednesday.

Breed has cautioned that the hotel rooms aren’t easy to coordinate on a large scale. Before moving people to the rooms, the city has to ensure there’s enough staff and security to care for them. Up until last week, her administration was planning to push nearly 400 homeless people to a large, impromptu shelter in the Moscone Convention Center, though that plan was quashed in favor of more hotel rooms after outrage from the supervisors.

“The city is continuing to open and operate thousands of hotel rooms, as we have been doing, under the guidance of our public health leaders,” Andy Lynch, a spokesperson for Breed, told the San Francisco Chronicle Tuesday. “We need to make sure we have adequate staffing to run these hotels, which requires hundreds of workers being trained and working around the clock to provide support for people staying in these rooms.”

New York City has been under similar pressure to get people into hotel rooms, and Mayor Bill de Blasio announced over the weekend that the city would relocate 6,000 of the city’s nearly 80,000 homeless. The city’s shelters are currently experiencing an outbreak that’s sickened hundreds of homeless people and killed at least 23. Unlike other cities, Connecticut’s regional homeless system moved weeks ago to get people into hotels, which entirely cleared out shelters in some cases.

Cover image: Pedestrians walk to the edge of the sidewalk to avoid stepping on people in tents and sleeping bags on Monday, April 13, 2020, in the tenderloin area of San Francisco. (AP Photo/Ben Margot)

Inside Northern Italy’s Coronavirus Tragedy: ‘Normal Life Will Never Be the Same Again’