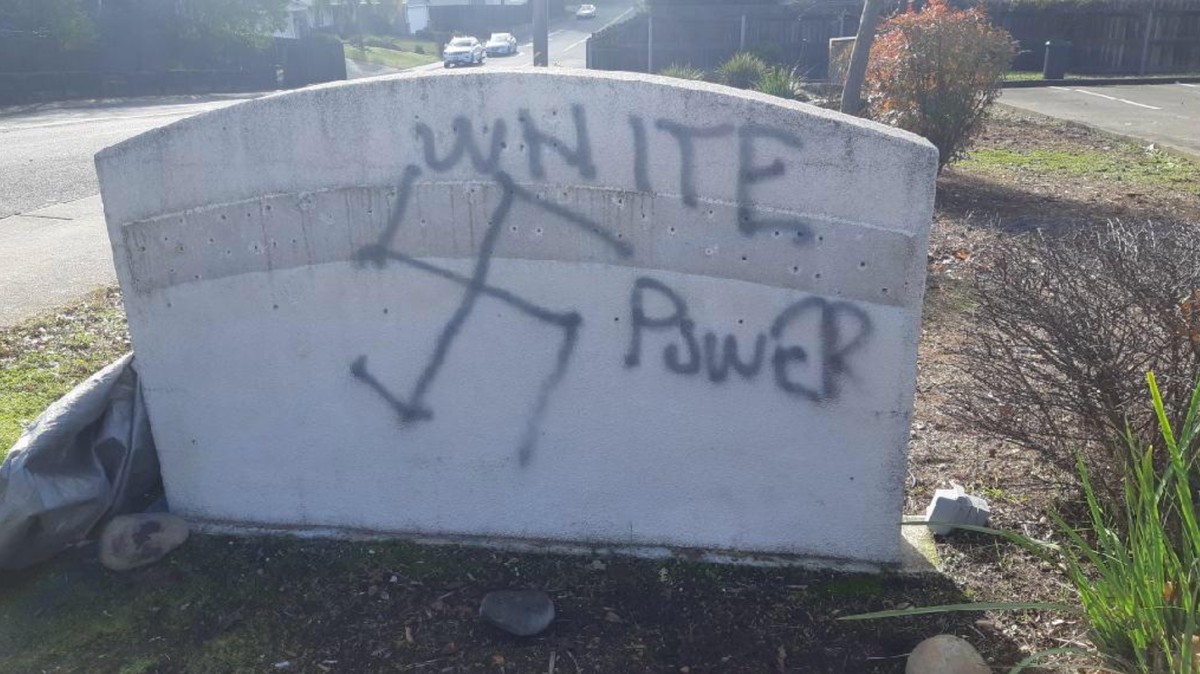 A new Sikh spiritual center in Northern California, barely open a month, had just had its grand opening when vandals hit it with racist graffiti.

A sign in front of the Guru Maneyo Granth Gurdwara Sahib Sikh Center in Orangevale, a suburb of Sacramento, had the words “white power” and a swastika spray-painted on it sometime between Sunday night and Monday morning.

“We just started our services mid-December and yesterday was our official grand opening,” Dimple Bhullar, a volunteer at the center, told the Sacramento Bee. “We had a quite a big program the last three days. We finished everything off yesterday evening around 5 o’clock, and so it must have happened after that.”

Local station KCRA reported that a neighbor walking their dog spotted the graffiti, alerted officials at the center, then covered the sign with a tarp to hide the racist display.

“Everybody is coming together,” Bhullar told KXTV. “We’re getting an overwhelming response on social media from other faiths and other religions. Their leaders saying that they’re standing with us.”

Sikhism is a monotheistic religion that was founded in the Punjab region of India, and there are more than 25 million Sikhs globally. The Sikh Coalition has said it would help police and the center affected by the crime.