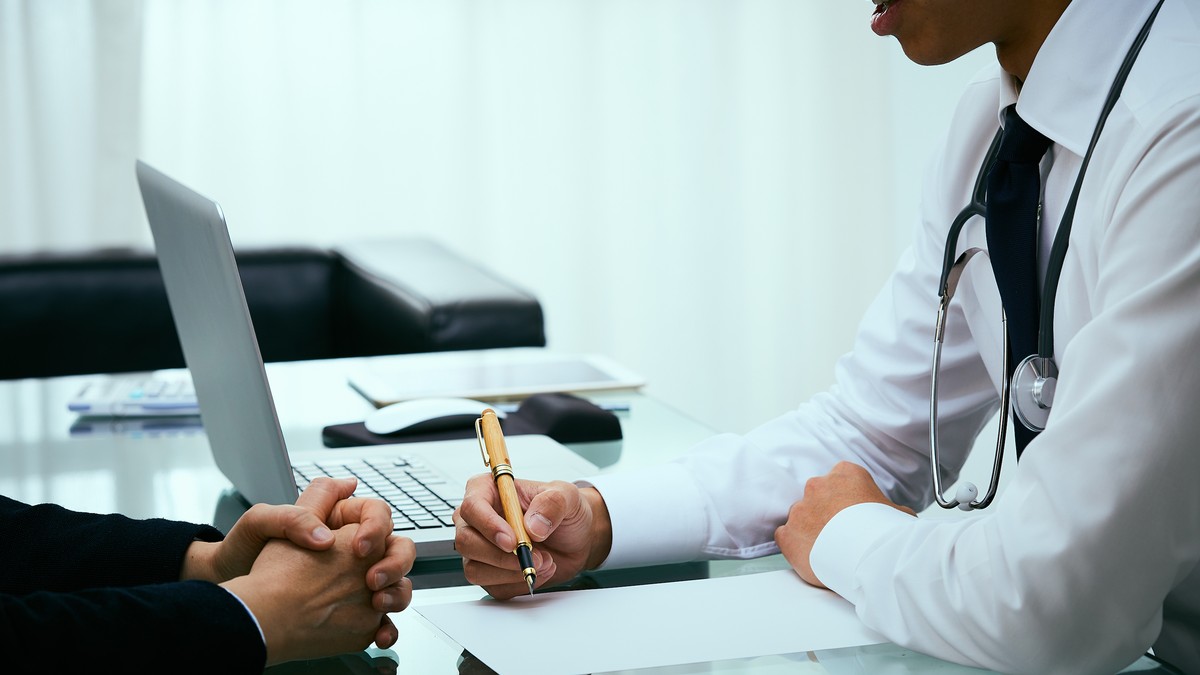 Republican Rep. Fred Deutsch, a chiropractor turned lawmaker, is the main sponsor of House Bill 1057, which would make it a misdemeanor for doctors to “change or affirm the minor’s perception of the minor’s sex” by treating patients with puberty blockers, hormones, or surgical procedures. Any interventions by a medical professional would be punishable with a $2,000 fine and a up to a year in jail.

This measure, to begin debates in the state House Monday, would not apply to a young person “with a medically-verifiable genetic disorder.” It’s specifically written for doctors treating transgender youth.

“The procedures listed in the bill are not health care but criminal acts against vulnerable children,” said Deutsch, during opening remarks of a committee hearing last week. The bill was voted out of committee, 8-5, and in a state where Republicans have a supermajority, it is expected to pass both chambers and land on Gov. Kirsti Noem’s desk for her signature. But at a press conference Friday, the Republican governor said she has some concerns about the bill and will be watching the debates.

A study published three years ago found that people with gender dysphoria between the ages of 13 and 17 account for 0.7 percent of the transgender population in the U.S., and more recent studies suggest there’s a rise in gender dysphoria among youth, though this might be because it’s an under-researched demographic.

South Dakota is a testing ground for anti-transgender legislation. In 2016, its bathroom bill — also sponsored by Deutsch — was the first in the nation to gain traction, but it was vetoed by Noem’s GOP predecessor, Dennis Daugaard.

Like the bathroom bill, this is the first of its kind to start to move the legislative process, though at least five other states including Florida, South Carolina, Oklahoma, Missouri, and Colorado have introduced similar measures, and other states like Georgia have had bills drafted for months.

As written, all the bills would do the same thing: penalize the medical professionals who treat minors with puberty blockers and hormones — the standard of care recommended by the American Medical Association, the American Academy of Pediatricians, and the Endocrine Society.

In Missouri, eight bills have been introduced since the start of the year that focus on how transgender youth are treated in schools and in adoptive and healthcare services. One would make it felony child abuse for a parent to treat their child for gender dysphoria.

Deutsch says he’s been working on the South Dakota version of the Vulnerable Child Protection Act for months. He credits Kelsey Coalition, a national organization that compares the recommended treatment for gender dysphoria with full-frontal lobotomies and forced sterilization, with helping him draft the measure, but he says it’s a “home-grown” effort.

“I don’t think that’s true at all,” said Libby Skarin, policy director for the ACLU of South Dakota. “Most of the witnesses for the law were from out of state and testified over Skype.” Meanwhile, all the witnesses testifying against the bill were from the state.

In early October, the Heritage Foundation and the Family Policy Alliance held the half-day Summit on Protecting the Sexualization of Children. Its goal: to bring together “policy experts and practitioners [to] help us work together to advance conservative solutions to protect children from sexualization in culture, education, and healthcare.”

In a newsletter about the activities of the South Dakota Legislature, Deutsch is reported to have been at the summit. He said that “an idea or solution discussed at the meeting that could benefit South Dakota was to establish legislation to criminalize doctors that provide sex change operations in children. [emphasis mine]”

Stephanie Curry, a policy manager for Family Policy Alliance, said the event aimed to equip parents and educate them on how their children are “exposed to sexual ideology in school, medical healthcare, mental healthcare.”

Curry said there will be more legislation coming to places like California and Washington State. “As long as a child is a child, their parents have a right to raise their children as they see fit,” she said.

When pressed about parents wanting to make sure their transgender children were treated by doctors, she backtracked. “This legislation isn’t about parental rights at all,” she said. “It’s about helping and protecting kids.”

Deutsch’s bill, the Vulnerable Child Protection Act, was introduced in January with language similar to bills drafted in Georgia in November and another introduced in Florida this month . The bills would do the same thing: criminalize the medical professional who treats children with gender dysphoria.

Florida State Rep. Anthony Sabatini, a main sponsor of Florida’s House bill, said he wasn’t able to go to the Heritage Foundation and FPA summit. He also said that the language of his bill was taken from the Florida Senate version and that he’s not married to it.

“My only motivation,” he said, “is to protect children.”

A study published in the journal Pediatrics on Thursday shows that transgender children who recieve medical interventions like hormones and puberty blockers are less likely to have suicidal ideation over their lifetime.

Dr. Madeline Deutsch, MD, MPH, the director of transgender care at the University of San Francisco and not related to the South Dakota representative, says if young people can’t get treated by doctors, they might turn to unregulated hormones bought on the street or online.

“These laws will harm children,” she said. “These laws will not only be harmful, because of denying children access to treatment, but laws like this will discourage many providers from providing treatment anywhere and could result in people who are treating adults to think twice.”

No One Really Knows How Many People Are Infected With Coronavirus