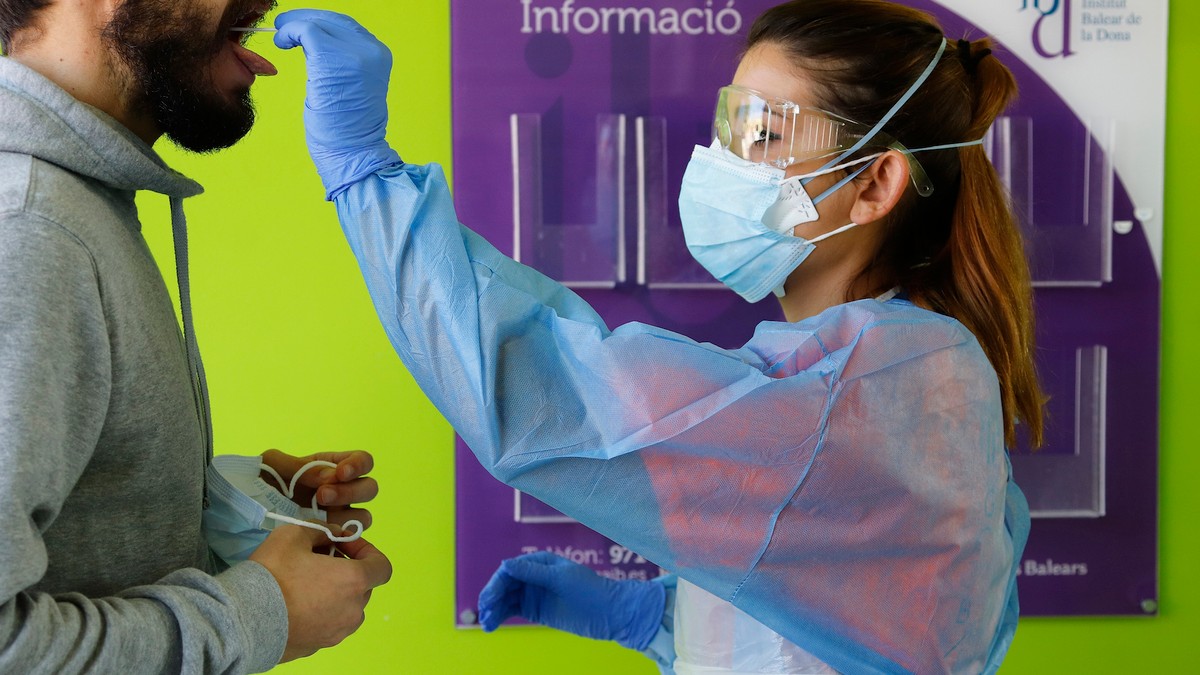 Spain’s coronavirus lockdown appears to be paying off, with the number of new deaths falling for the fourth consecutive day Monday.

Now, as the government looks to ease the lockdown, it’s announced plans to isolate asymptomatic “silent carriers” of the virus in centers across the country — with one minister suggesting the quarantine could be mandatory for some.

Spain has been under a strict lockdown since March 14, and it’s set to last until at least April 26, when it will gradually be lifted.

The proposal involves a massive widening of testing to include people without symptoms, and establishing centers around the country to isolate those who test positive, but require no medical treatment. So far, only people showing symptoms or suspected of having been exposed are being tested.

“We are preparing ourselves for de-escalation for which it is important to know who is contaminated to be able to gradually lift Spanish citizens’ lockdown,” Spanish Foreign Minister Arancha Gonzalez told the Antena 3 TV station Monday.

The isolation proposal will depend on facilities around the country where asymptomatic patients can be quarantined to stop them spreading the virus to family members in their homes. On Sunday, Spanish Prime Minister Pedro Sánchez tasked the leaders of the country’s 17 regions to prepare a list of all facilities in public or private ownership — such as hotels, conference centers, hostels or sports centers — that the government could use to accommodate asymptomatic patients.

Interior Minister Fernando Grande-Marlaska wouldn’t rule out that entering isolation in the facilities could be made mandatory for some. “All of the legal options will be studied, because the fundamental principle is to maintain public health,” he said Sunday, adding that any measures would be carried out “with the utmost respect to fundamental rights.”

READ: The Spanish army is finding coronavirus victims “dead in their beds” abandoned in nursing homes

Compulsory hospitalization is allowed under existing Spanish law when approved by a judge, and has been used with severe tuberculosis cases. Spain’s El Pais newspaper cited an unnamed government source as saying that officials wanted to take a commonsense approach: if an asymptomatic person lived alone, then they would be able to isolate at home, but if they lived with an elderly person it would be recommended they isolate in a government center.

The government said it plans to roll out the widened testing and isolation regime for the asymptomatic to workers in essential services first, such as medical, those who care for the elderly, police, delivery and food supply workers.

It’s not known what proportion of people infected with COVID-19 are asymptomatic silent carriers of the virus, but the number may be high. Last week, biopharma company DeCODE revealed that in about half of the positive tests it had conducted in Iceland, the patients reported no symptoms.

And the South China Morning Post reported last month that classified Chinese government data showed that about 43,000 people without any “immediate symptoms” had tested positive for coronavirus by the end of February. The patients were placed in quarantine, but were excluded from the official count of confirmed cases, which was about 80,000 at the time.

Spain, which has the highest number outside the U.S., already carries out a relatively high number of tests, between 15,000 and 20,000 a day. But the next phase of the response will require far more testing to allow for comprehensive contact tracing. To achieve this the government plans to distribute one million tests to allow for rapid screening in regions with large numbers of cases, and in hotspots like hospitals and nursing homes.

The Spanish government currently has 5 million tests, and is working to secure more to carry out large-scale testing of the public, according to Spain’s El Confidencial news site. Spanish companies already produce 240,000 test kits per week and are boosting capacity, said Gonzalez, and the government is working to procure more from overseas.

The focus on a potential easing of the lockdown comes after four consecutive days of encouraging figures suggesting that the restrictions, in place for more than three weeks, are having an impact. Spain has 13,169 coronavirus deaths, second only to Italy, although there are widespread doubts over China’s official toll.

“The data from this week and today confirms the slowing down of infections,” Illa, Spain’s health minister, told a news conference Sunday. “The data confirms that confinement is working.”

Cover: A health care worker takes a sample from a patient in the Balearic Island’s Establiments district for a corona test. The Balearic Ministry of Health has set up a new COVID Express unit for sampling in the health sector. (Photo: Clara Margais/picture alliance via Getty Images)

Boris Johnson Has Been Moved Into the ICU for Coronavirus