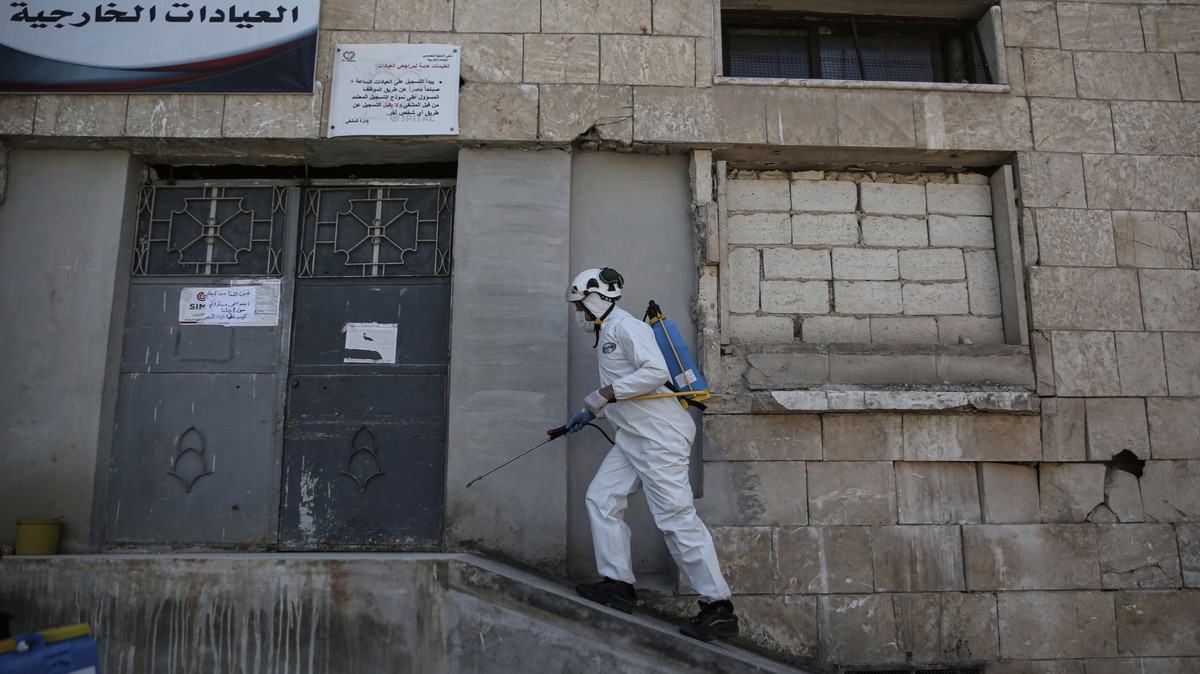 Syria reported its first case of coronavirus Sunday, confirming the worst fears of humanitarian workers who warn that an outbreak will be an unprecedented catastrophe for the war-ravaged country.

“To have coronavirus on top of war and mass internal displacement is a worst nightmare come true,” Jan Egeland, the Secretary General of the Norwegian Refugee Council, told VICE News.

The pandemic is already creating an emergency in much wealthier countries in Europe and Asia, where healthcare systems are close to buckling under the rush of COVID-19 patients. But, said Egeland, an outbreak would prove many times more devastating in Syria, where more than 6 million people have been displaced, and critical healthcare and other key infrastructure have been destroyed by nearly a decade of war.

“It needs to be all hands on deck now to avoid Syria becoming an ideal laboratory for the spread of the virus, and a stronghold for the virus that will come back to haunt… all countries on earth,” said Egeland, a former senior adviser to the U.N.’s special envoy for Syria.

For weeks, the government of Bashar Assad has insisted there were no cases of COVID-19 in Syria, despite a regular flow of people into the country from neighboring Iran, one of the global hot spots of the disease, and widespread reports of suspected Syrian cases.

But on Sunday, Health Minister Nizar al-Yaziji confirmed its first case, in a 20-year-old woman who had travelled to Syria from an unspecified country. The government said “appropriate measures” had been taken to deal with the case, and announced a ban on public transport and a prisoner amnesty Sunday, adding to recent lockdown measures including the closure of schools, restaurants, and parks.

Health and humanitarian workers — and even pro-government commentators — believe the virus is far more widespread than Sunday’s announcement acknowledges. Syria hosts thousands of Iranian-backed militia fighters, who regularly travel between Syria and Iran, along with thousands of Shi’ite pilgrims from Iran.

And in the opposition-held northwest, where fighting has displaced a million people have been displaced into camps, huts, and other substandard shelter, doctors said last week they had seen suspected COVID-19 cases, including fatalities, but had lacked the tests to confirm the diagnoses.

“Of course there are many more cases in Syria,” said Egeland. “You can’t have an enormous pandemic in Iran, many cases in Iraq, without having many in Syria. It’s there, and it’s our worst nightmare.”