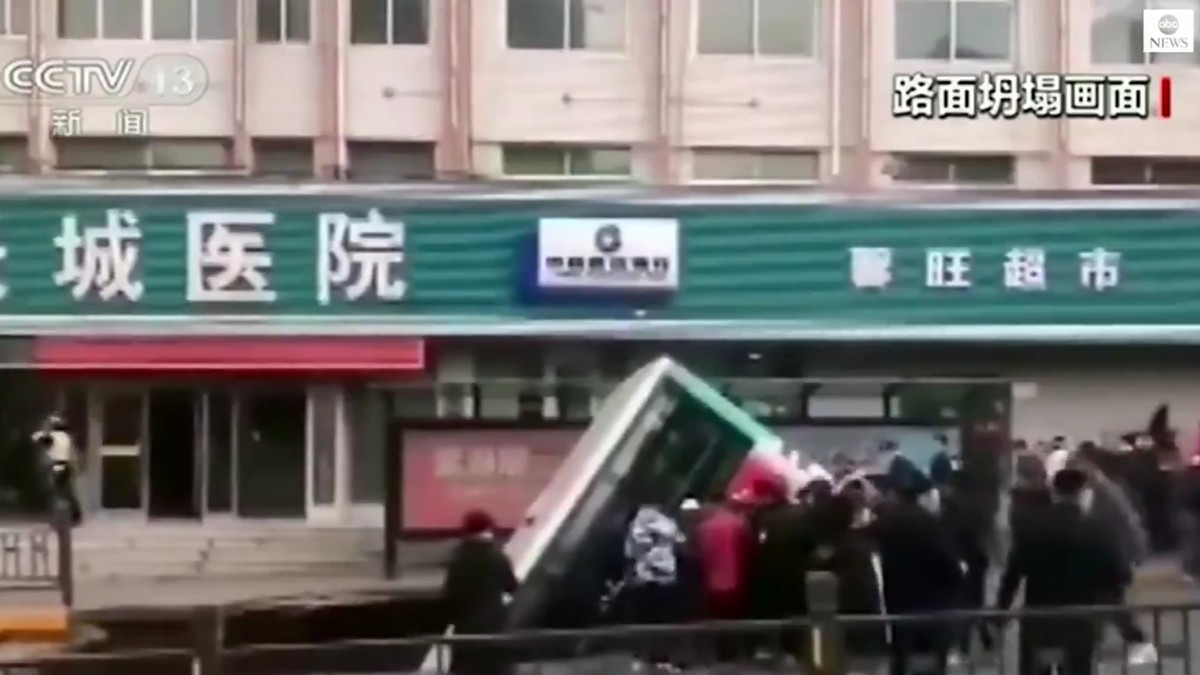 A giant sinkhole swallowed the front half of a bus in China on Monday, killing at least six people.

The public bus was making a stop by a hospital in China’s northwestern city of Xining, in Qinghai province, when the sinkhole opened up. The bus immediately tipped down toward the bottom of the hole.

CCTV footage that was posted online showed a harrowing scene in the moments after the sinkhole opening up. Pedestrians rushed to help people get out, and some of them fell in as the ground around the hole gave way. A lamp post to the right of the bus slowly descended before an explosion of some sort shot a fireball out of the sinkhole. Footage posted by onlookers to social media appeared to show the bus gradually sinking until it was nearly completely engulfed by the sinkhole.

Six people died and at least 16 more were injured, the BBC reported. State media has said the injured are in stable condition. The massive hole, which caved in around 5:30 p.m. local time on Monday, ended up expanding to be some 32 feet in diameter.

READ: This ‘sinkhole’ in Florida turned out to be a secret underground tunnel to a bank

Passerby Sun Wanhong, a retired police officer, was one of the people who got sucked into the sinkhole while trying to help out.