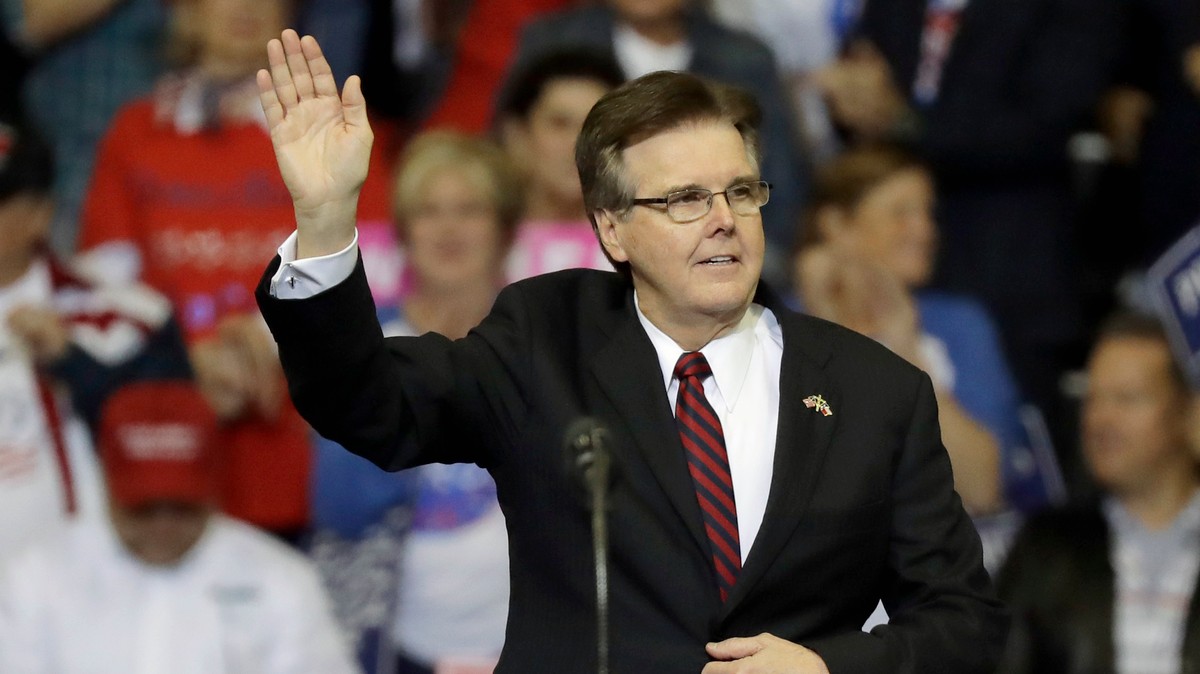 The elderly are perfectly happy to sacrifice themselves so everyone can go back to work in order to minimize the damage to the economy — or at least that’s what one 69-year-old Texas official thinks.

Texas Lt. Gov. Dan Patrick appeared on Tucker Carlson’s show last night after sending the Fox News host a text claiming he was perfectly happy to make the trade of the elderly’s lives to stop a potential economic collapse, although experts say that’s an impossible one to make.

“I don’t pretend to be speaking for everyone 70-plus,” Patrick’s text read. “But I think there are lots of grandparents out there who would agree with me that I want my grandchildren to live in the America I did.”

His proposed remedy, the text continued, is to “give this a few more days or weeks, but after that, let’s go back to work and go back to living. Those who want to shelter in place can still do so, but we can’t live with uncertainty.”

Patrick’s purported willingness to die for the economy echoes rhetoric that’s come out of the Trump administration and Republican circles over the past few days.

“WE CANNOT LET THE CURE BE WORSE THAN THE PROBLEM ITSELF,” President Donald Trump tweeted on Sunday. On Monday morning, White House economic advisor Larry Kudlow agreed, saying, “We’re gonna have to make some difficult tradeoffs.”

READ: Most black and brown Americans are exposing themselves to the coronavirus for a paycheck

Appearing on Carlson’s show, Patrick reiterated his belief that people should get back to work sooner rather than later. “No one reached out to me and said, as a senior citizen, ‘Are you willing to take a chance on your survival in exchange for keeping the America that all America loves for your children and grandchildren?’” Patrick said. “And if that is the exchange, I’m all in.”