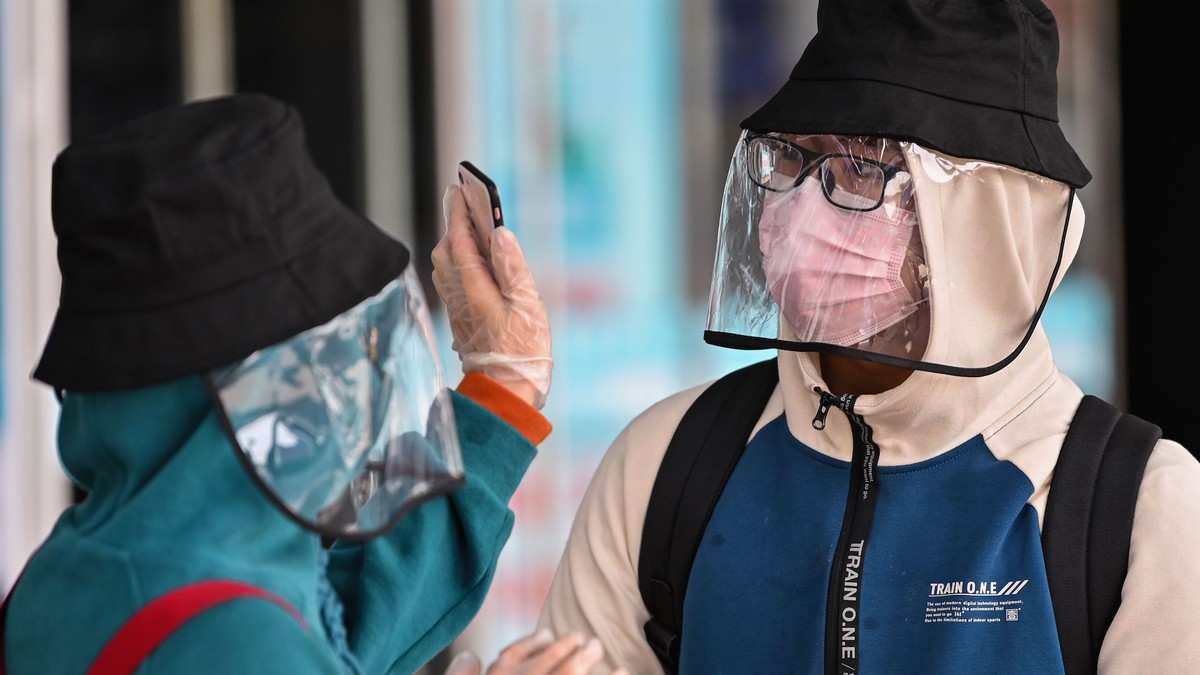 U.S. Army sergeant Maatje Benassi was among several hundred U.S. service men and women who traveled to Wuhan to take part in the Military World Games in October.

But, according to a widely-believed conspiracy theory, the 52-year-old road racing cyclist carried something else with her on her trip to China: The coronavirus.

The story has no grounding in fact. It was a fairy tale dreamed up by U.S. conspiracy theorist George Webb in Washington, DC. But the Communist Party of China (CCP) has promoted it so aggressively within China that it has become accepted knowledge among the Chinese populace that the U.S. military imported the coronavirus to Wuhan and began the pandemic that has killed over 50,000 people and infected more than a million worldwide.

It’s difficult to say how many Chinese people accept the conspiracy as true, but the CCP’s promotion of the idea across social networks WeChat and Weibo, as well as amplification through state-run TV, has made it inescapable in Chinese society. Indeed, any Chinese person who disputes that narrative on social media can have their account shut down and their families arrested.

“I couldn’t argue against the posts that the virus was brought to China by the U.S. military even though I knew it was a lie because any evidence I post against the Chinese government propaganda will be deleted, the Wechat group can be deleted, my account will be suspended and I can put my family in danger,” one Chinese American named Zhang, who did not want to be named over fears of retribution, told VICE News.

READ: China is now blaming a lone US cyclist for the coronavirus pandemic

Globally, Beijing’s efforts to deflect criticism and pin the blame on the U.S. have been hit and miss, but at home, the effort has been hugely successful. More than half a dozen China experts say there is widespread acceptance of the narrative which has found a receptive audience thanks to decades of anti-US indoctrination and a complete lack of an independent media or access to outside sources.

“Sadly most Chinese people really believe the U.S. brought the virus to China and they call it ‘USA virus,’” Lucy, a 45-year-old Chinese American who recently returned to China to take care of her parents, told VICE News. “The CCP’s anti-American propaganda is very successful.”

Conspiracy theories around the origin of the coronavirus are not unique to China. We have seen everyone from celebrities sharing a video claiming Bill Gates created the coronavirus to Sen. Tom Cotton claiming the disease was deliberately created in a virology lab in Wuhan.

But what is unique to China is the inability for most citizens in the country to fact-check the claims being made by official CCP outlets, or to seek any independent information outside China’s Great Firewall, which blocks access to most western news outlets and other sources of information, such as Google and Wikipedia.

Chinese citizens are fully aware that their government censors criticism of Beijing on WeChat and Weibo while pushing messages that portray it in a positive light. They’re also aware of the consequences for challenging that or for seeking outside information.

“When the government spreads disinformation about other countries and blocks counter-narratives, it is much easier for people to buy into government’s narratives because you just don’t have access to alternative sources of information,” Yaqui Wang, a China researcher at Human Rights Watch, told VICE News.

And when it comes to claims about the U.S. Chinese people have been conditioned to believe the worst.

CCP disinformation about the U.S. is nothing new, through textbooks, movies and many other educational, cultural, and media productions, Beijing has been increasingly promoting the narrative that the U.S. is an imperialist power that wants to undermine the rise of China.

“Chinese media doesn’t need much effort to convince its people of that blatant lie that the U.S. army brought the disease to Wuhan, most Chinese people, after 70 years of anti-American propaganda, are already convinced the U.S. is an evil country and is responsible for many bad events in the world,” Lucy said.

Inside of China the conspiracy spread rapidly through WeChat, a messaging app that is so deeply integrated into Chinese life that losing your account means losing access to banking, online shopping, ordering taxis and much more.

According to Zhang, the conspiracy theory was shared in multiple WeChat groups they were in, and in such a way that it looked like a coordinated effort.

The CCP has a huge amount of control over how WeChat operates and has already shown its willingness to use that power to control the coronavirus narrative.

It has banned WeChat users inside the country who have shared anything vaguely negative about the government’s response to coronavirus, it has silenced overseas WeChat users without their knowledge, and it has ramped up the level of censorship on the topic of coronavirus as the epidemic escalated.

READ: Wuhan’s crematoriums are filling thousands of urns with coronavirus remains each day

The fact China has not banned this topic from being discussed on WeChat shows that it is happy for it to continue to be disseminated.

“The topic has been widely discussed on WeChat and Weibo,” one Hong Kong-based social media researcher known by the Twitter handle Chelsea, told VICE News. “The CCP doesn’t censor the discussion of origin. As most Chinese think the virus is not from China. I think this is the direction that CCP want it to keep going.”

The view is backed up by Victor Shih, a China expert at the University of California.

“Although the Chinese government and Chinese tech companies have demonstrated numerous times that they have the capacity to stop rumors and forwards from going viral on WeChat using censorship tools, they have not chosen to stop this groundless theory from circulating among Chinese communities,” Shih told VICE News.

But unlike previous anti-U.S. propaganda, this time around Beijing is also seeking to sow disinformation further afield. “What is new this time is that China is doing this kind of disinformation externally, on Twitter, a platform blocked in China, and through its external-facing media outlets,” Wang said.

Origins of a conspiracy theory

Research published this week by the Stanford Internet Observatory shows that the seeds of the conspiracy go back at least to January, when news of the virus in Wuhan.

It is unclear when the conspiracy theory was first floated or by whom, but it had gained enough traction by the turn of the year that on Jan. 2, a Chinese-language YouTube channel shared a video dismissing the idea that the pneumonia in Wuhan was the result of U.S. genetic warfare.

It was around this time that whistleblower doctor Li Wenliang tried to warn friends about a growing pneumonia-like virus spreading in his hospital in Wuhan — before the government silenced him.

The researcher said that because “platforms have pledged to remove disinformation related to the origin of the coronavirus, and our research started in mid-March, some materials could have been removed.”

Throughout January and February, the conspiracy theory continued to filter through on platforms like YouTube and Twitter which are banned in China and the English-language versions of China’s state-backed media also began boosting the unfounded claims.

Then, in March, Foreign Ministry spokesperson Zhao Lijian gave the conspiracy the CCP’s seal of approval, tweeting that “It might be U.S. army who brought the epidemic to Wuhan.”

A week later he doubled down on the claim, citing Webb’s conspiracy theory about Benassi being coronavirus patient zero, without a shred of evidence.

Beijing’s reason for persisting with these claims is simple.

While people are discussing and debunking these conspiracy theories, they are not talking about its initial failings in responding to the outbreak and the questions being raised over the veracity of the figures it has shared about the outbreak.

“Propaganda like this largely serves the leadership’s interests in that it takes attention away from other problems in China,” one of the co-founders of GreatFire.org, an organization that tracks China’s online censorship, told VICE News, using the pseudonym Charlie Smith. “You — and many of your peers — are covering this story now instead of covering other, more truthful, and likely hurtful, stories. It’s a waste of everyone’s time except The Party’s.”

In ‘Unprecedented’ Move, the U.S. Just Named These Neo-Nazis a Terrorist Organization