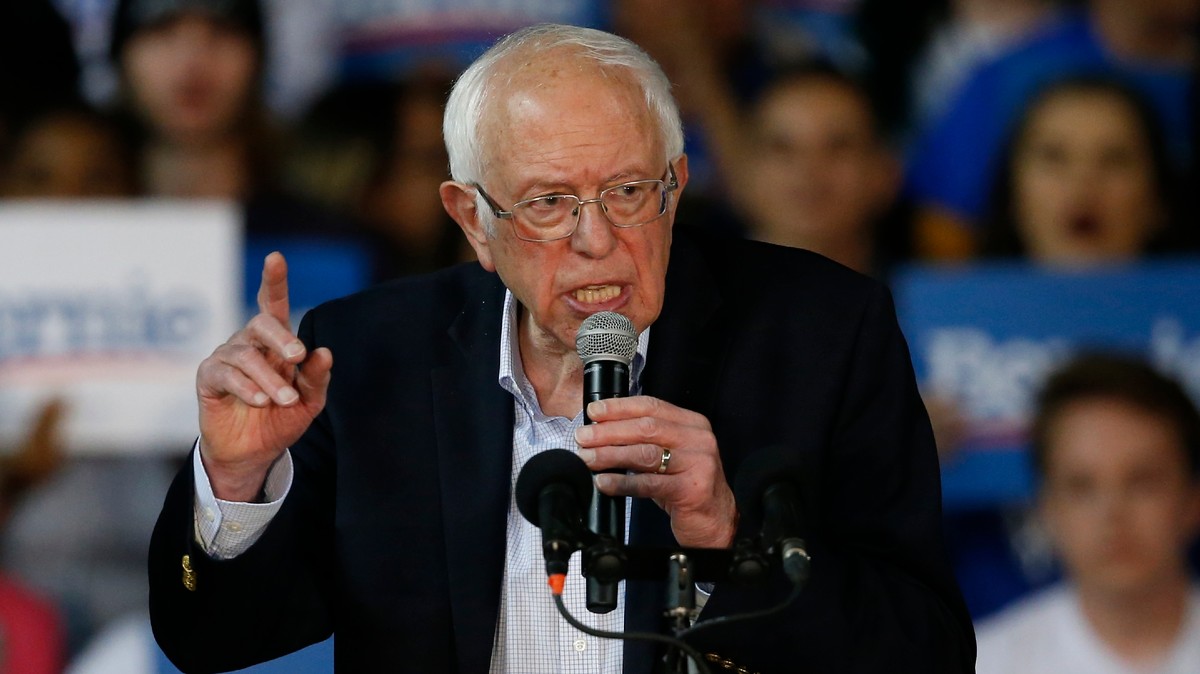 As Bernie Sanders dropped out of the presidential race on Wednesday, a hail storm rolled through Indianapolis and flooded 16-year-old climate activist Isabella Fallahi’s basement. Flooding in the Midwest is becoming more common as the world gets hotter, and she hoped that Sanders, as president, would keep her generation from living through a catastrophic century of climate change.

“Many of us were absolutely heartbroken yesterday,” she said. “I was just full-on sobbing.”

Now that Sanders has suspended his campaign, the youth climate movement needs to regroup. They felt the senator from Vermont was the only candidate on the national stage who took the climate crisis as seriously as they did. After months of internal debate, one of the largest and most politically powerful climate organizations, the Sunrise Movement, endorsed Bernie in January.

Without him, the youth climate movement has now lost a true champion. And it’s not clear that backing former Vice President Joe Biden in the same way makes sense for its members.

“I really don’t want to see another term of Trump, and Biden’s kind of the answer to that,” said Kallan Benson, a 16-year-old activist in Maryland, who organizes with Greta Thunberg’s movement, Fridays for Future. “I think he’s better than Trump, but that’s kind of a low bar.”

“I don’t know what to think, honestly,” she added.

Stuck in their homes under quarantine, members of various youth climate groups are now logging on to Zoom call after Zoom call with their peers, figuring out what’s next. Sanders was representing their values on the national stage. Now, they’re split on whether, and how, to engage with the presidential race.

“It’s an ideological battle that’s now arising in the youth movement as to where we want to head after this.”

“It’s an ideological battle that’s now arising in the youth movement as to where we want to head after this,” said Fallahi, who’s organized with ZeroHour and is starting an umbrella organization to link climate movements internationally, called PollutersOut.

Before the coronavirus pandemic essentially halted the Democratic primary, Sanders was winning the youth vote. But in a primary where turnout was up across the board, the youth vote wasn’t enough to carry him to victory, and older voters turned out in even greater numbers for Biden.

But Biden hasn’t managed to electrify young people: He lost among young voters in the primary by double-digit margins. Biden may have won the primary in Arizona, but Sanders beat him by a full 52 percentage points with younger voters, according to the Washington Post’s exit polls.

“I know that for many people, especially because Bernie was doing so well in February, that people see it as the DNC pulling the rug right out from under this movement of millions of mostly young people, mostly working-class people, mostly people of color,” said Jonah Gottlieb, a 17-year-old climate activist in Northern California.

While Sanders espoused the values of the youth climate movement, young activists say they’re focused on policies more than on candidates. He championed the Green New Deal that the young activists favor. Biden, on the other hand, hasn’t committed to banning fossil-fuel drilling on public lands.

Even besides his policies on climate, Biden raises some red flags for young voters.

Ultimately, though, most young activists will channel their energy into getting Biden to adopt more progressive policies.

“Between Trump and Biden, we are going to take Biden’s side,” said Ameli Hajedi, an 18-year-old activist near Boston with the Sunrise Movement. “A lot of us are going to feel frustrated and feel like we lost. But we need to stay grounded. We have shifted politics, and we’re going to continue to push that same agenda no matter what.”

It’s not just Bernie’s loss in the Democratic primary that’s set the youth movement back, either. With most of the world under lockdown because of the coronavirus, their planned protests — the most effective way the teens are demanding attention — had to be cancelled.

“My friends have been trying to organize the biggest Earth Day strike since 1970 for four months now,” Hajedi said. “To have that taken away, we had to take some time to cope with that.”

The Sunrise Movement has also been hosting an online organizing training program. More than 1,500 people attended a four-day course last week, according to Hajdi. She said the activists figured out how to organize the online training even before her high school had worked out how to host online classes.

Sweden Thinks Herd Immunity Is the Answer to Coronavirus