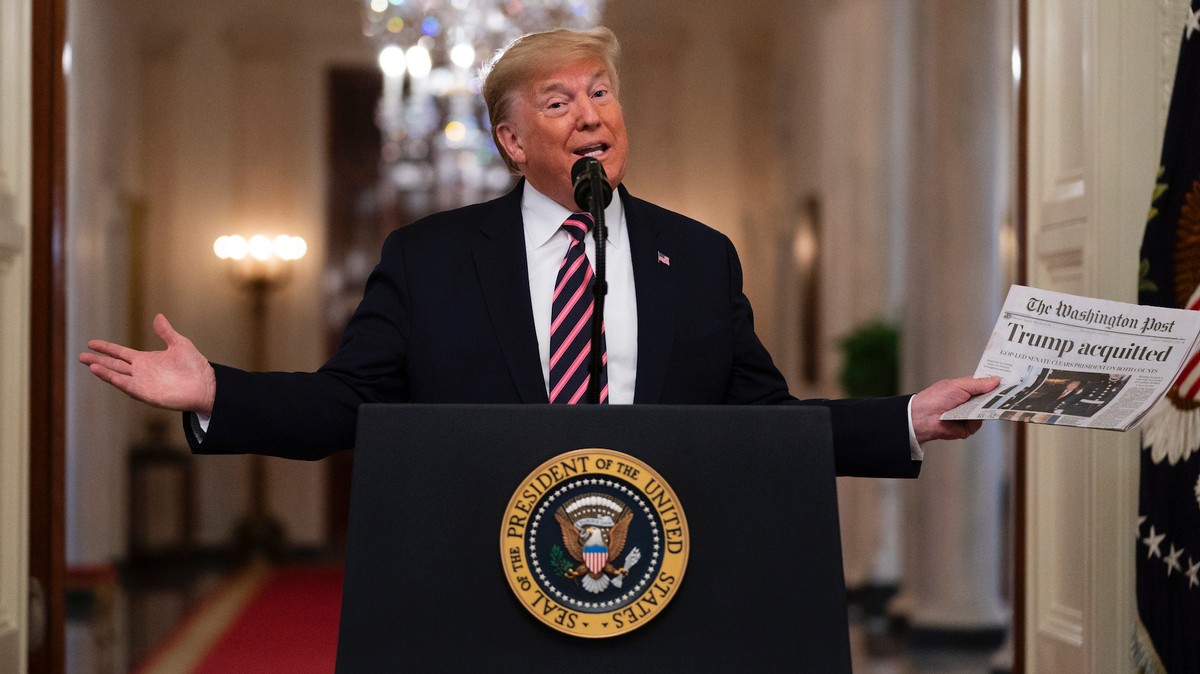 The columns that helped ignite the Biden-Ukraine conspiracy have finally been reviewed. And the findings are all kinds of messy.

Fourteen of John Solomon’s pieces in The Hill were chock-full of shady sources with conflicts of interest, the newspaper said in its long-awaited autopsy published Wednesday. The publication found that Solomon, whose work became central to Trump and his allies’ counterprogramming during the impeachment inquiry, shared a draft with a Trump associate, coordinated with Rudy Giuliani, and used his personal attorneys with relationships to Ukrainian oligarchs as sources.

“In certain columns, Solomon failed to identify important details about key Ukrainian sources, including the fact that they had been indicted or were under investigation,” The Hill wrote. “In other cases, the sources were his own attorneys.”

Solomon, who did not respond to VICE News’ requests for comment Wednesday, has repeatedly defended his reporting. But in its review of the former contributor, who parted ways with The Hill in November, the publication concluded that Solomon’s work didn’t meet its editorial standards. On Wednesday, editors added lengthy notes to his pieces with additional context about sourcing and denials by key subjects or their associates.

Solomon wrote about unproven attempts by Ukraine to interfere in the 2016 election and played up alleged corruption in Ukraine by former Vice President Joe Biden and his son, Hunter Biden. GOP lawmakers and pro-Trump media outlets amplified his stories and added confusion to impeachment hearings on Trump’s holdup of nearly $400 million in aid to Ukraine.

At the time of his columns, Solomon identified himself by the odd title of “investigative columnist” at The Hill and allowed Fox News personalities to describe him as a straight-news reporter on TV. He also relied heavily on suspect sources, including Viktor Shokin and Yuriy Lutsenko, discredited former Ukrainian prosecutors who were the source of many eventual GOP talking points.

They and other sources suggested a vast conspiracy by U.S. officials to attack Trump and protect the former vice president’s son, whose work at Ukrainian energy company Burisma raised questions of potential corruption. No evidence has emerged that either Biden did anything illegal.

Yet Lutsenko told Solomon that then-U.S. Ambassador to Ukraine Marie Yovanovitch, who pressured local officials about anti-corruption efforts at various points, had given Lutsenko a “do-not-prosecute” list. Lutsenko also asserted that he had opened an investigation into Ukrainian interference in the U.S. election in 2016.

But the State Department had previously identified Lutsenko as an “untrustworthy partner,” according to The Hill’s Wednesday review, which also noted that his “story has changed repeatedly.” It added that Lutsenko’s interview was translated inaccurately to suggest that Yovanovitch had given him a do-not-prosecute list — potential evidence — as opposed to vocalizing it.

Some of Solomon’s other sourcing was even more bizarre. One column cited an affidavit prepared by his own lawyers, who were reportedly employed at the time by a Ukrainian oligarch looking for damaging information about Biden. Solomon didn’t disclose the relationship.

Lev Parnas, the Soviet-born businessman who helped Rudy Giuliani dig up dirt on Biden, has also turned over documents to Congress suggesting that Solomon was in frequent contact with his lawyers, Parnas, and Giuliani about the stories. (Solomon even shared a draft of one of his stories with Parnas before publication.) The former New York mayor has also said publicly that he supplied Solomon with potential Biden leads.

Solomon has played down many of these nontraditional relationships at various points, just as he minimized his decision to share that draft with Parnas. But none of his behavior was kosher with The Hill, which said it would “reconsider some policies” to differentiate news and opinion content more clearly.

But Solomon, who has been podcasting for a yet-to-be-launched news outlet unironically called Just the Facts, hasn’t done the same.

Cover image: President Donald Trump holds up a newspaper tat reads “Trump acquitted” during during an event celebrating his impeachment acquittal, in the East Room of the White House, Thursday, Feb. 6, 2020, in Washington. (AP Photo/Evan Vucci)