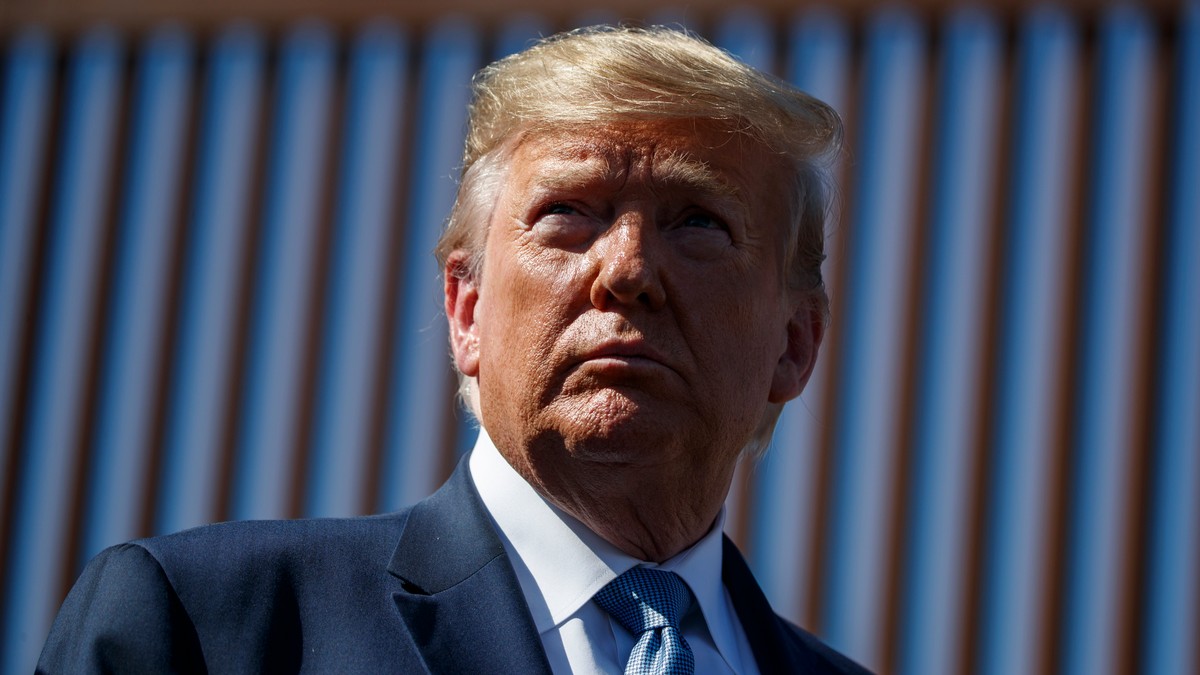 On Tuesday, the court will host one of the most important arguments over presidential power in U.S. history when it hears three linked cases over subpoenas for Trump’s tax returns and other files.

The cases mark the culmination of a long-running attempt by the president to keep his tax returns secret. But the decision, which is due by June, could do even more than crack open Trump’s secret financial world a few months before the November election. The court could make history by officially deciding whether any president must answer to Congress or criminal investigators at all.

“Without any sense of exaggeration, this is by far the most consequential Supreme Court case to come out of the Trump Administration,” Jens Ohlin, Vice Dean of Cornell Law School, told VICE News. “If the Supreme Court says that a president cannot be investigated through the criminal process, then future presidents will have free rein to break any local criminal law that they wish. That’s downright scary — a vision of the presidency that’s truly imperial.”

Trump’s lawyers have laid out a staggeringly broad vision of a president free to disregard subpoenas of all stripes. The president has “temporary absolute immunity” from any kind of prosecution or investigation while he is president, they’ve argued.

One incredulous appellate judge pressed Trump’s lawyers how far they think that claim really goes by raising Trump’s own famous hypothetical about shooting someone on Fifth Avenue. If the president actually gunned someone down in broad daylight, federal judge Denny Chin asked the lawyers, would local prosecutors be allowed to follow up?

“Nothing could be done? That’s your position?” Judge Chin asked.

In fact, Trump’s stance is even broader than that: His lawyers are arguing that no one can investigate stuff Trump did before he was president, either.

READ: Trump’s DOJ Is Dropping the Charges Against Michael Flynn — Even Though He Already Plead Guilty

The three cases specifically concern lawsuits Trump brought to stop his banks and old accounting firm from answering two sets of subpoenas: One sent by the Manhattan District Attorney, Cy Vance, and the others sent by three Democrat-controlled House committees.

Vance is investigating hush-money payouts to women who claimed they slept with Trump prior to the 2016 election, payments that already helped send Trump’s former personal attorney, Michael Cohen, to prison. Congress wants to know whether Trump might have secret financial links to deep-pocketed foreign entities, among other things.

The financial records in question relate to events before Trump became president, and a private company that, technically speaking, has nothing to do with the office of the presidency.

None of that is covered by executive privilege, the traditional legal shield presidents have invoked to keep internal White House conversations secret.

But Trump is arguing that because he is the president, no prosecutor can question his company or his banks. And at the same time, he’s arguing Congress can’t investigate either — because that’s a job for prosecutors.

“At issue are two competing visions of the presidency,” Ohlin said. “The first is a constrained presidency, a co-equal branch of the federal government subject to the rule of law. The second vision is an imperial presidency, standing above the legal system.”

“At issue are two competing visions of the presidency.”

So far, Trump’s arguments have been smacked down handily by every court that’s had the chance to weigh in, and many legal scholars have dismissed them as absurd.

But now it’s the Supreme Court’s turn. And Trump is hoping for a friendlier hearing, because he’s helped ensure the court’s 5-4 conservative majority by personally picking two of the high court’s justices himself, Brett Kavanaugh and Neil Gorsuch.

So it’s possible the court’s conservatives will rally to protect Trump in a split decision. But if that’s Trump’s gamble, he doesn’t have history on his side.

Past presidents hoping the Supremes would shield them from subpoenas faced bitter disappointment. In two cases, the court issued resounding, unanimous decisions that were so explosive they sparked impeachment proceedings.

Former President Bill Clinton tried to argue he shouldn’t have to answer a civil lawsuit for sexual harassment from Paula Jones. The justices ruled otherwise, ordering Clinton to give a deposition in which he lied under oath about his relationship with Monica Lewinsky. Congress seized on that offense as grounds for impeachment.

In the early 1970s, former President Richard Nixon asked the Supreme Court to shield him from a special counsel subpoena for secret White House tapes. The court refused, and Nixon soon stepped down.

READ: How Deutsche Bank could reveal the truth about Trump’s finances

Now, there’s little telling what kinds of amazing secrets about Trump’s personal finances might be held in the vaults of the companies that have received these subpoenas, or how forcing a disclosure this summer could impact the November election. Every president since Richard Nixon has released their tax returns for scrutiny, but Trump has stubbornly refused.

Yet the potential political impact might be exactly why the justices look hard for some artful way out of making a big decision at all. The high court has a long history of finding good reasons to avoid making extremely controversial or political decisions, Carl Tobias, an expert on the judiciary system at the University of Richmond School of Law.

Rather than come down forcefully on one side or the other, the court might make a much smaller, more technical decision, and essentially kick the can down the road, Tobias said.

“I just don’t think they’re going to do the big thing, and partially because it’s an election year,” Tobias said. “They might want to leave this for another court, another time, and another president.”