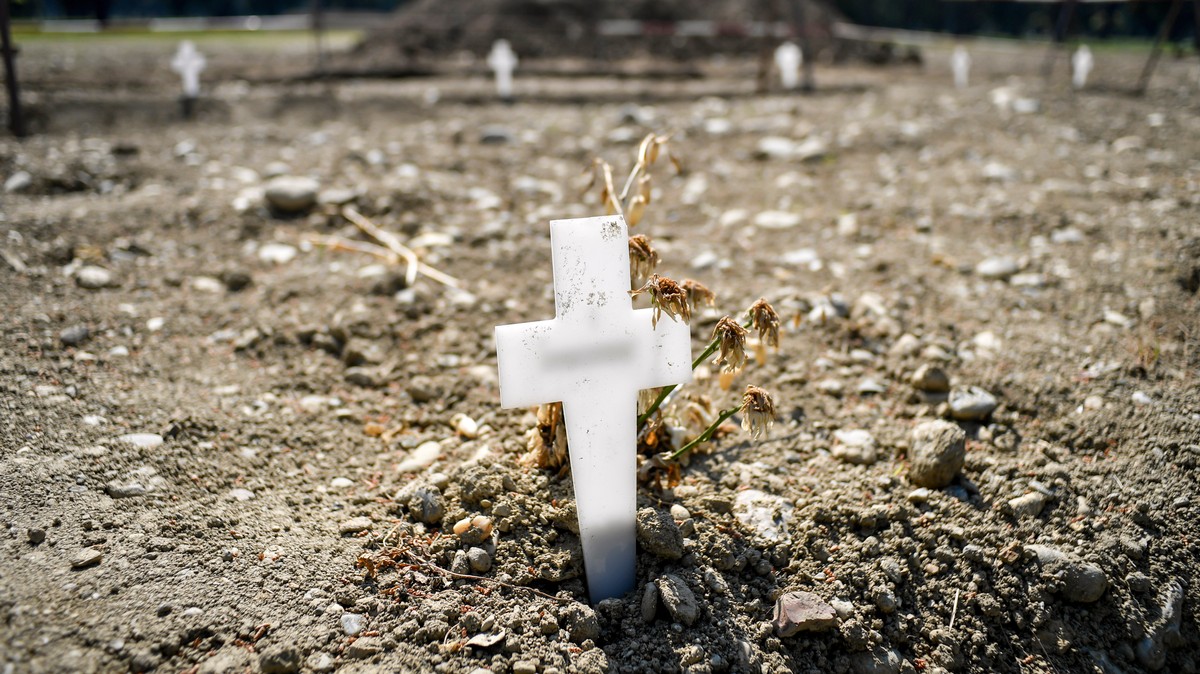 New tissue samples confirm that coronavirus claimed its first victim in the U.S. much earlier than previously reported.

Medical experts at the County of Santa Clara Public Health Department have discovered that a 57-year-old woman by the name of Patricia Dowd died of COVID-19 in her Bay Area home on Feb. 6. That’s three weeks and two days before officials thought the deadly respiratory disease claimed its first victim in the U.S.on Feb. 29.

Here’s what we know about Dowd.

Dowd wasn’t the only person who died before Feb. 29 to posthumously test positive for COVID-19.

The autopsy of an unidentified 69-year-old Bay Area man who died Feb. 17 confirmed that he also died of the disease according to Santa Clara County’s health department. A third individual, a 70-year-old man who died March 6, was also confirmed to have succumbed to COVID-19. That’s three days before Santa Clara County reported what was believed to be its first coronavirus death.

News of these early coronavirus related deaths is more evidence that the federal government’s inaction allowed the deadly disease to spread faster — despite government officials, including President Donald Trump, saying that his administration’s response has been adequate.

California Gov. Gavin Newsom has ordered that more posthumous tests be conducted to determine just how early the coronavirus made it to the U.S.

Dowd was a frequent flyer, a common pastime at the Lam Research, a semi-conductor company where she worked as a manager, according to the Los Angeles Times. She was even planning to visit China later this year.

She had not been anywhere in the months prior to her death, according to Santa Clara County’s chief medical officer Dr. Sara Cody, ruling out the possibility that she contracted the disease abroad.

“We presume that each of them represent community transmission and that there was some significant level of virus circulating in our community in early February,” Cody told reporters Tuesday.

It is unclear whether Dowd had traveled within the state of California. A Santa Clara County Public Health spokesperson told VICE News that Dowd’s death and her whereabouts in the weeks prior to her passing is still being investigated.

There have been 37,787 coronavirus cases in the state of California as of Thursday afternoon, making it the state with the fourth-highest number of cases after New York, New Jersey and Massachusetts. A total of 1,438 Californians have died of COVID-19 related symptoms.

Though as many as 25% of people who contract the coronavirus experience few to no symptoms, according to the Associated Press, Dowd’s older brother Rick Cabello told the Los Angeles Times that she was not one of them.

Dowd called her brother just five days before she died and told him that she had felt ill and would be canceling her plans to attend a funeral later that weekend.

“She wasn’t feeling well, which was very unusual for her,” Cabello said. “I remember her specifically saying, ‘I’m not feeling well.'”

Dowd’s family originally concluded that she died of a heart attack.

She lived a healthy, active lifestyle

The coronavirus has been the most deadly for people with pre-existing conditions affecting the immune and respiratory systems. According to the U.S. Centers for Disease Control and Prevention, Americans with asthma, diabetes, various forms of cancer and other chronic diseases should avoid contact with anyone who is infected.

In the case of Patricia Dowd, none of those conditions appear to have been a factor. The 57-year-old not only had a clean bill of health right before she suddenly fell ill; she had a long history of living an active and healthy lifestyle.

“She was an athlete in her high school days, she was always active,” Cabello told CNN during an on-air interview Wednesday.

The Los Angeles Times also reported that she didn’t smoke, practiced a healthy diet, exercised regularly, and was not on any kind of medication prior to her death.