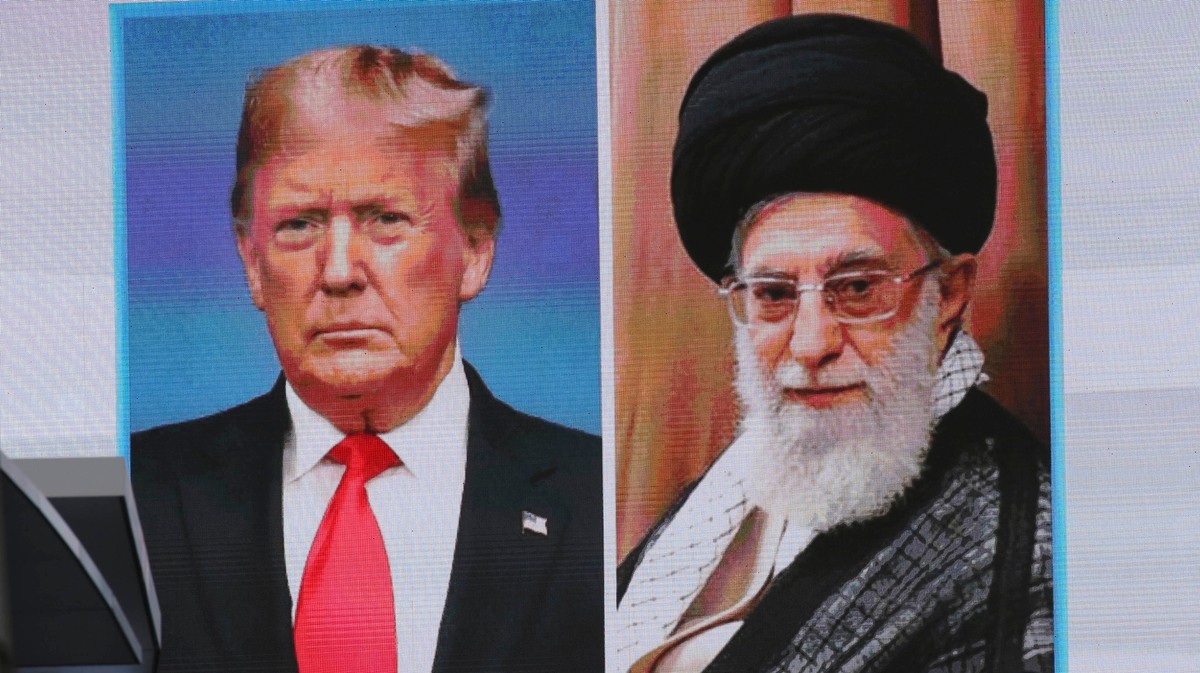 Thousands of shady social media accounts have been pumping out a crossfire of propaganda and misinformation across the Middle East as Iran prepared to launch missile strikes on U.S. bases in Iraq Tuesday night.

Pushed by sketchy sites and small armies of accounts on Twitter and other platforms, the messaging takes aim at both pro- and anti-Iranian interests and likely stems from players across the region. It’s designed to influence the appearance of public sentiment on the ground and shape media narratives around the world.

In the days after the Iraqi Parliament voted unanimously Sunday to expel U.S. forces from the country, Jones noticed a counterintuitive hashtag trending on Twitter.

Shared in several thousand tweets, mentions, and retweets, the Arabic hashtag translated to “I am Iraqi and parliament doesn’t represent me.” Attached messages, many of them aimed at U.S. media and political leaders, bashed Iraq’s response to Soleimani’s death.

But many of the nearly 2,700 accounts that tweeted the hashtag bore hallmarks of a coordinated effort, like low follower counts, recent launch dates, or repetitive behavior. While pinpointing who’s behind such efforts is difficult, the anti-Iranian tilt mimicked many of the other social media operations Jones studies at Hamad Bin Khalifa University in Doha.

“We tend to see trends that reflect Saudi foreign policy,” he said.

Jones also sampled nearly 10,000 Twitter accounts sharing the hashtag #IraniansDetestSoleimani. Almost 13% of them included references to either Trump or the right-wing conspiracy theory QAnon in their bios which suggested users on the American right could be helping to push the narrative.

Christopher Bouzy, a software engineer who runs Bot Sentinel, a platform that evaluates Twitter accounts for inauthentic behavior, saw similar overlap between the MAGA internet and anti-regime content. Bouzy published a dataset Monday of more than 460 Twitter accounts reeking of phoniness that had recently shared hashtags such as #Make_Iran_Great_Again, #RestartMIGA, and #Restart_Opposition.

They’re part of a much larger network tweeting the hashtags, which are an apparent reference to Restart, an opposition social media group headed by former Iranian game show host Seyed Mohammad Hossein. Hosseini told Bloomberg News in 2018 that he hopes to get an audience with Trump.

“They’re very aggressive at pushing a lot of pro-Iran stuff but, in terms of the people of Iran,” Bouzy said, adding that Twitter has suspended or removed dozens of accounts he’s been monitoring. “But they’re against the regime of Iran. They amplify this stuff by piggybacking on top of the MAGA crowd.”

These efforts often boost real public sentiment to swamp online conversation and game social media algorithms. The result is that it’s difficult for users to tell which accounts are actually tweeting from within Iran.

But there’s one crucial thing to keep in mind, according to Mahsa Alimardani, a researcher at the Oxford Internet Institute: “Twitter isn’t super relevant to Iran. In terms of the amount of users that exist inside the country, it really pales in comparison to Telegram and Instagram.”

On those platforms, Alimardani added, pro-regime narratives casing Soleimani in a reverential light appear to be dominating. That’s an abrupt u-turn from just months ago, when the regime faced huge protests after increasing gasoline prices.

Those narratives have also been pushed by propaganda organs. Lee Foster, a senior manager for information operations analysis at cybersecurity firm FireEye, told VICE News that a network of dozens of existing sites, like USJournal.net, quickly jumped on Soleimani’s death to create new pro-regime content. Real and fake social media accounts the propelled it across the internet.

“We’re seeing this evolution toward more sophisticated methods and efforts to cover tracks to make it harder to identify these kinds of campaigns,” said Foster, whose firm has studied Iranian disinformation extensively. He added that they include impersonating political candidates and journalists.

On Wednesday, for example, Twitter suspended an account posing as a journalist for the Israeli newspaper Haaretz and inflating reports of American casualties from Iranian missile strikes Tuesday night.

“It’s not just large networks of bots,” Foster added. “It’s much more nuanced than that.”

This new fog of war could be particularly dangerous for an American administration in which an erratic president relies on sycophantic media and shares bizarro internet memes.

Last Thursday, just hours after news broke of Soleimani’s assassination, Secretary of State Mike Pompeo also tweeted a deeply misleading video that showed a few dozen Iraqis celebrating the American strike. It inaccurately suggested broad support for the attack days before a funeral procession in Baghdad drew thousands and the Iraqi parliament voted to give U.S. troops the boot.

“Iraqis — Iraqis — dancing in the street for freedom; thankful that General Soleimani is no more,” Pompeo wrote.

Silicon Valley giants haven’t publicly announced the takedowns of any state-backed influence operations in recent days. A Twitter spokesperson declined to comment on the trending hashtags flagged by outside researchers.

But the social media companies have come down increasingly hard on coordinated campaigns to drive conversation in the Middle East. In December, Twitter announced the takedown of an 88,000-account network run by a Saudi marketing firm with ties to the regime. Both Twitter and Facebook have likewise zapped thousands more accounts linked to Iran and the United Arab Emirates in the past year.

“This isn’t happening just because of Soleimani’s killing,” Foster said. “We see regional rivals constantly engaging in this space.”

Tracking such influence in real time remains difficult. While Twitter occasionally releases datasets on disinformation campaigns, other platforms do not, which leaves users in the dark about how to evaluate what they see.

On Wednesday, Democratic Rep. Debbie Dingell, from Michigan, sent a letter to Facebook CEO Mark Zuckerberg that sought more information about the company’s approach to confusing content related to Iran.

“[W]ith the world only growing in complexity,” she wrote, “this will likely not be the last of these moments.”

Iranians Mourning Soleimani Want Retaliation Against the US