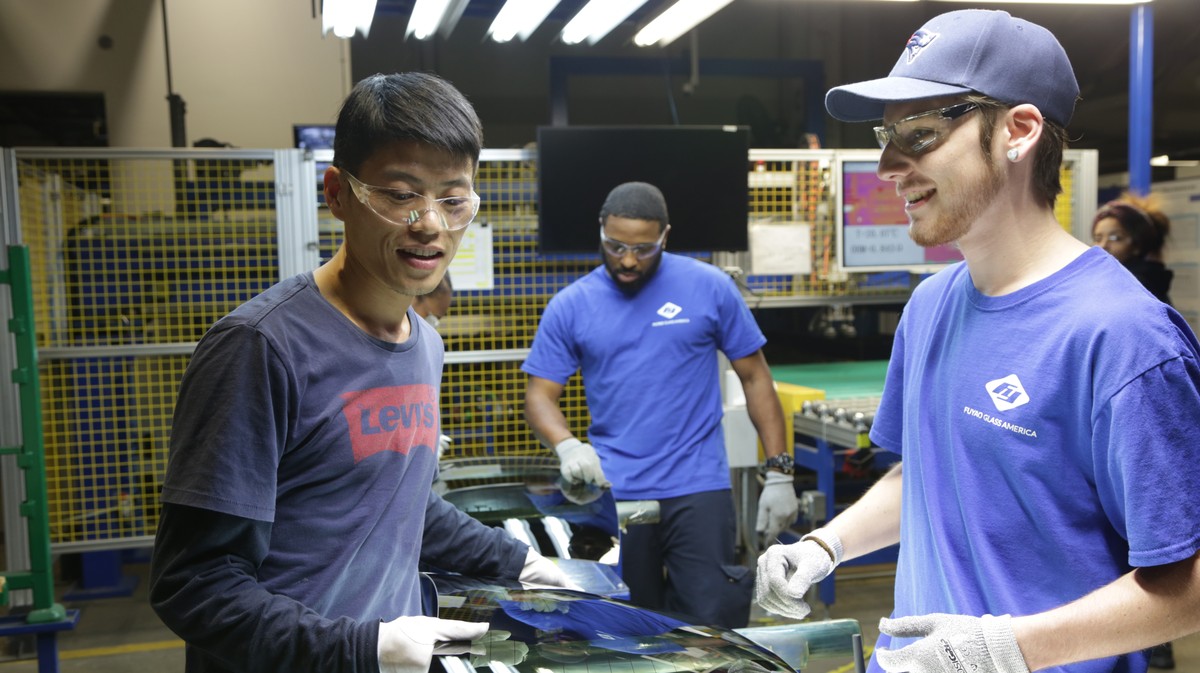 When Julia Reichert and Steven Bognar first started promoting their Oscar-nominated documentary, “American Factory,” they knew they had a hit on their hands.

The film, which looks at the challenges of a Chinese company setting up shop in the middle of America’s Rust Belt, had already won the best directing award at the Sundance Film Festival. Then, Barack and Michelle Obama called and wanted to get on board.

The addition of the Obamas’ Higher Ground Production company as executive producers could elevate the film to a global audience, but their involvement could also politicize a film Reichart and Bognar had worked scrupulously to keep free of any political commentary.

“We were concerned about whether the attachment with the Obamas would be like a lightning rod,” Reichert, 73, told VICE News. “Some people would say, ‘Oh, I’m definitely watching that. I love the Obamas.’ But a lot of people, we thought, would feel the opposite. Like, ‘I’m not watching that. That’s like garbage from those terrible people who ruined our country.’”

But the fears that the Obama name attached to the project would alienate blue-collar, Republican workers in droves turned out to be unfounded. According to data from Netflix, which has aired the documentary since last year, way more people in rural and working-class areas have viewed the film than expected. In fact, the film is so popular it’s now been nominated for best documentary at Sunday’s Oscars.

“There’s a lot of people watching our film, like, more than the average, like, way more than the average documentary, who live in rural America, and a lot of that’s where working-class people live,” Reichert said. “And that’s, of course, a bastion of, unfortunately, of Republican support. So, you know, maybe we are making a difference.”

The film documents the challenges faced by Chinese auto-glass manufacturer Fuyao opening a former GM facility in Dayton, Ohio. The film swings back and forth between the concerns of the American workforce and those of the Chinese employers, but at no point does the camera try to sway support to one side or the other.

At times, the film looks headed for a Hollywood ending, but in the end, it paints a grim picture of how the workers of the world, whether in China or the U.S., are struggling. It’s an unflinching look at the struggles of reverse globalization and how U.S. and Chinese differ completely on the topic of labor laws and much more.

American workers are keen to unionize, but the Chinese management does everything in its power to ensure that doesn’t happen. The Chinese workers, on the other hand, are angry that their American counterparts only work eight-hour shifts and don’t have to work six days a week.

While the filming of the documentary began before Donald Trump stepped into the Oval Office, its release coincides with a time of unprecedented tensions between the U.S. and China. In China, where the filmmakers have yet to secure a distribution deal because of worries over censorship, its plot points have stirred up a wave of angst among workers about the conditions they’ve endured to create China’s unprecedented economic growth.

“American Factory”’s frankness at tackling the plight of the global worker has made it the bookmaker’s favorite to take home the statue. But the award was the furthest thing from the directors’ minds when filming began in 2015.

Initially, Fuyao’s billionaire chairman Cao Dewang approached the filmmakers about documenting the plant’s reopening for a corporate video he could show to people back in China.

But Reichert and Bognar said they would only do that if they had complete independence and didn’t get paid by Fuyao. Cao agreed and offered unfettered access not only to the Dayton plant but also to Fuyao’s headquarters in China.

Among the most astonishing and revealing moments in the film are the discussions between Fuyao management and the Chinese workers, who are thousands of miles from home and having to deal with American work practices.

“There is a culture in the U.S. where children are showered with encouragement, so everyone who grows up in the U.S. is overconfident. They are super confident. Americans love being flattered to death,” Jeff Liu, president of the Fuyao plant in Ohio, told his Chinese employees, before adding:

“We need to use our wisdom to guide them and help them because we are better than them.”

But Reichert and Bognar didn’t realize just how open and unfiltered the Fuyao executives were being until months later, when a translator sent back details of what had been said.

“Sometimes the translations would come back like six months, eight months, a long time later because we couldn’t afford it at first and it takes a long time to get translations,” Reichert said. “So sometimes we’d be in the editing room and our jaws would drop at what was being said.”

In China, where Netflix isn’t available, pirate copies of the film have been spread through word of mouth on social media and generated a huge discussion online.

But even in China, the film is being interpreted differently.

Many — including China’s state-run media — are using the film as a way to highlight Chinese superiority in manufacturing. Others, however, are pointing out that the film highlights the conditions Chinese workers have to endure compared to Western workers, such as long shifts and unsafe work environments. The dichotomy shows how China’s success over these last 30 years has been built on the backs of working people.

And the directors are glad their film is finding an audience in China.

“We don’t want to censor it,” Bognar said. “We don’t want to cut it. We believe in the film and so the fact that the film’s been pirated all over China had the unintended benefit for us of getting the film out there. Of course, filmmakers don’t like piracy most of the time, but this has been really good.”

In addition to making the audience reflect on the plight of workers around the world, the filming also appears to have had an impact on Cao, who spends most of the film trying to break the threat of unionization at the factory.

In the end, he reflects on his life and wonders whether everything he has done has been worth it.

“In the past few decades I have built so many factories, have I taken the peace away and destroyed the environment?” he wonders. “I don’t know if I am a contributor or a sinner.“

Cover image: Wong He (left) working with Kenny Taylor (center) and Jarred Gibson (right) in the furnace tempering area of the Fuyao factory in Dayton, Ohio from the film AMERICAN FACTORY.

The Democratic Debate Was a Weird Lovefest, Especially After Iowa