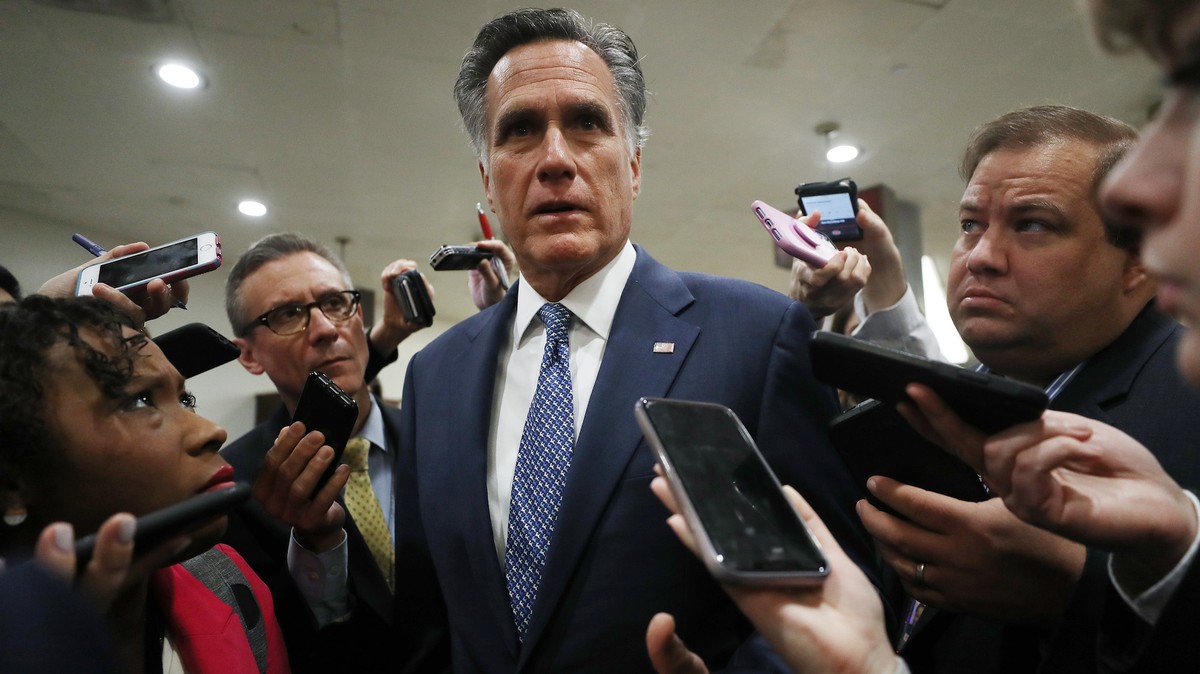 Mitt Romney expected “enormous consequences” for becoming the first senator in American history to vote against a president of his own party in an impeachment trial.

Boy, was he right. And then some.

The entire weight of the pro-Trump media machine crashed down on the Utah senator after he voted to convict President Donald Trump on one of two articles of impeachment that failed in the Senate Wednesday. Fox News hosts bashed him as a RINO (Republican in name only) and called on him to resign, former allies turned on him online, and political candidates from his home state and elsewhere began advertising against him almost immediately.

It showed in real time how the Republican Party that Romney once led has been swallowed by a Trumpian blob of content spread across cable TV, social platforms, and digital outlets.

Romney never fully won over the populist personalities in the Fox universe during his failed bid for the White House in 2012. And his decision to shirk their lockstep opposition to impeachment reopened those wounds.

Fellow primetime host Laura Ingraham referred to Romney as “the ultimate selfish, preening, self-centered politician.” Tucker Carlson wouldn’t even say his name. And Lou Dobbs, the Fox Business host who embodies the cult of personality around Trump, compared him to the big three of historical traitors: Benedict Arnold, Brutus, and Judas.

As for Romney’s explanation — that his conscience and faith guided the vote — “Fox & Friends” host Brian Kilmeade panned it.

“It is unbelievable for him to bring religion into this,” he said Thursday morning.

These partisan media figures have taken power from traditional news outlets and old-guard party hands. Former Arizona Sen. Jeff Flake, who was chased out of the GOP by Trump diehards, and the Salt Lake Tribune, Romney’s hometown newspaper, both praised Romney’s decision. But the nouveau chattering classes of the pro-Trump internet swamped those voices with character assassinations.

Professional troll and former White House adviser Sebastian Gorka called Romney a “skirt-wearing little pajama boy millennial snowflake” on his radio show, while a Breitbart column compared him to a “bitter sanctimonious weasel.” The pro-Trump celebrity Dan Bongino called for the “snake and fraud” to be expelled from the GOP.

And Donald Trump Jr. posted a meme on Instagram making fun of Romney for wearing mom jeans, “because you’re a pussy.”

The president himself tweeted an October ad from the Club for Growth, an anti-tax group, portraying Romney as a “Democrat secret asset.” It had racked up nearly 4 million views as of Thursday morning.

Even political candidates and state officials saw an incentive to chime in on the national story to gain clout and reach potential donors. Republican congressional hopefuls in Utah, Texas, New York, and North Carolina all ran Facebook ads calling on Romney to resign or urging users to call his office, according to the platform’s political ad archive. Utah’s attorney general ran his own ad that quoted Trump and tagged the president’s page.

“Mitt Romney represents the old guard, the establishment #RINOs who put self-importance, arrogance, money, and greed above citizens, our economy, our God-given rights, and our children’s future,” added an ad for a gubernatorial candidate in Washington, Anton Sakharov. “We fight the same old guard today in Washington State.”

Cover: Sen. Mitt Romney (R-Utah) speaks to reporters upon arrival to the U.S. Capitol for the Senate impeachment trial on January 29, 2020 in Washington, D.C. (Photo by Mario Tama/Getty Images)

‘It Was All Bullshit’: Trump’s Post-Impeachment White House ‘Celebration’ Was Next-Level

‘Let Him Rot in Hell’: Bernie Madoff’s Victims Are Not Here for His Plea to Get Out of Prison Early