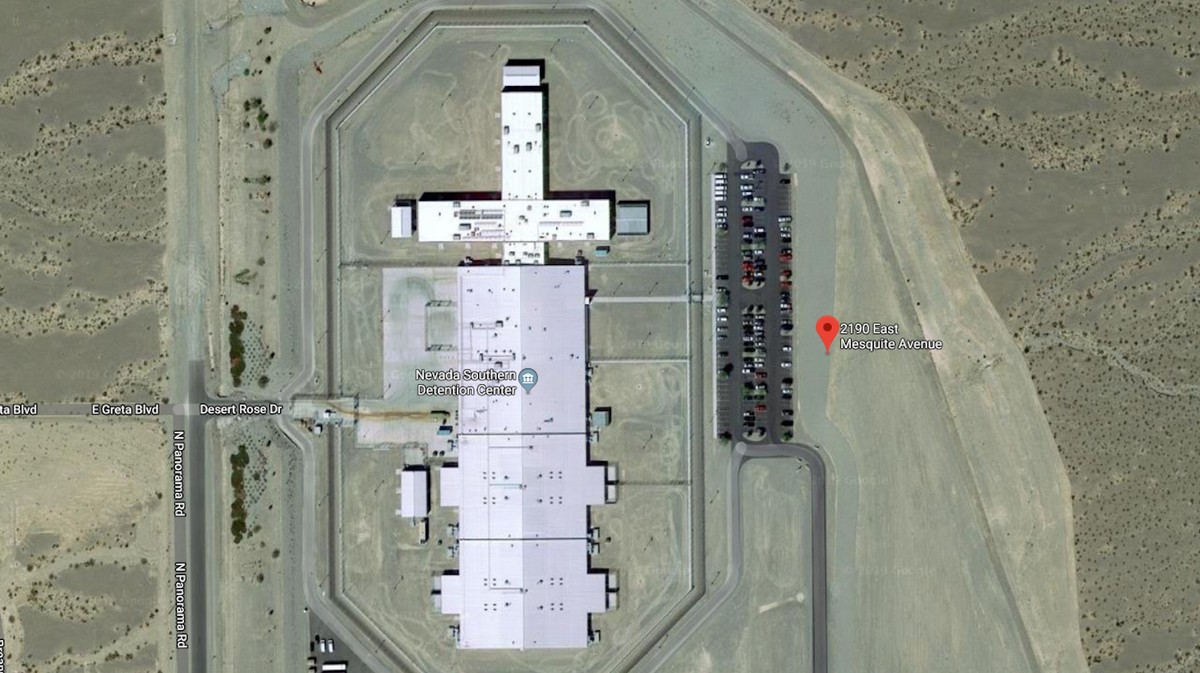 The captain of a privately-run ICE detention center in Nevada has been fired after VICE News exposed his ties to white nationalism earlier this month.

Private prison company CoreCivic, which runs the Nevada Southern Detention Center in Pahrump, said Friday that Travis Frey, 31, is no longer employed by them.

“We take allegations like these very seriously and have thoroughly investigated the matter,” CoreCivic spokesperson Amanda Gilchrist wrote in an email. “After carefully considering the findings of the investigation, the company has taken appropriate steps to protect the integrity of our workplace and ensure our values are not compromised. Mr. Frey is no longer employed by CoreCivic.”

After serving in the Marines, Frey spent the last decade moving around the country working for facilities run by CoreCivic, formerly CCA, in Georgia, California, Indiana, and most recently, Nevada. And as he rose through the ranks in corrections and detention centers, he would routinely turn to the neo-Nazi forum Iron March to spew racist vitriol and white supremacy.

He joined the now-defunct site in August 2013, while he was working as a shift supervisor at the North Georgia Detention Center. “Hello everybody. I found this forum mostly by accident but I’m glad I did,” Frey wrote. “I look forward to learning more about fascism and interacting with like minded comrades.”

VICE News has now identified 132 more previously unreported posts that Frey shared on Iron March, a social network for fascists and neo-Nazis, after exposing several of his posts earlier this month that led to his firing by CoreCivic. This new trove of posts from the Iron March archive, which antifascists leaked online in November, raised even more questions about how someone so angry, with such apparently hateful views, held positions of authority working with vulnerable populations, many of whom were people of color, for so long.

In one post from 2013, Frey wrote about the detrimental effect that hate can have on someone.

“I don’t hate anyone for the color of their skin or where they are from because they did not make those choices,” Frey wrote. “However, once they choose to act like degenerate trash or pursue actions detrimental to my nation and my people that’s when they become my enemy. Does that mean I believe in some faggy multicultural rainbow nation? No, but hate is a very powerful emotion and hate that is not properly harnessed can destroy you and blind you.”

In another post from 2013, he wrote, “it’s not until the snivel rights era of the 1960s that America started becoming ‘multicultural’ and thinking that non-whites had anything of value to add to our culture.”

CoreCivic placed Frey on leave earlier this month while they looked into allegations against him. Meanwhile, U.S. senators Jacky Rosen and Catherine Cortez Masto, both Nevada Democrats, wrote a letter to the Department of Homeland Security’s inspector general asking them to investigate conditions at the Pahrump facility in light of the revelations in VICE News’ article.

In other posts from 2013, Frey also makes misogynstic and anti-Semitic remarks, and promotes far-right tropes about Christian crusaders (the mosque shooter in New Zealand made numerous allusions to those same tropes in his manifesto posted online).

In one thread titled “The Jewish disease of Christian Bolshevism,” Frey argued in August that “God used the white race in Europe to build western civilization.”

“You’d be bowing five times a day towards Mecca if not for the Church and her Crusaders,” Frey wrote. “I’d also add that I’m not ‘antisemitic’ in the sense that I just hate random Jews. I don’t hate anyone for who they are, I hate them for what they do. Anyone complicit in the destruction of my culture, religion, way of life, and nation is counted amongst my enemies.”

“My biggest economic issue is getting rid of the Judaic globalist banksters,” Frey wrote elsewhere.

And in another post from November 2013, Frey wrote, “those fat lesbians probably wouldn’t know what a gun looked like if it shot them in their flabby stomachs. I welcome them attempting to come shoot me.”

Through 2014, Frey didn’t appear to post on Iron March threads (though he may have used other features, such as messaging other users). During that period, he was moved to the Special Operations Response Team at the Georgia facility, where he assisted supervision of 14 to 15 staff members, 300 U.S. Marshal inmates, and 800 ICE detainees.

In April 2015, he resumed posting on Iron March — and seemed to be no less entrenched in his views than before. “Women entering the workforce correlated with the rise of feminism,” he wrote on a thread. “Feminism is just a sign and symptom of Cultural Marxism rising in the west. It is poison and it is tearing our civilization apart.”

The next day, he contributed to a thread called “Liberal Degeneration” with a racist slur about Chinese people, adding, “I always laugh when I ponder how far those “people” would make it in a society without white males.”

He also posted in a racist thread called “Major chimpout in Baltimore.” Earlier that month, anti-police brutality protesters had taken to the streets in Baltimore in response to the in-custody death of a young black man. “This kind of shit is invaluable to our cause here in the U.S.,” Frey said of the protests. “Hopefully this shit happens all summer long.”

In February 2016, he started weighing in on Donald Trump’s candidacy for the presidency. “Seriously, fuck Iowa,” he wrote after Trump lost the Republican caucus there to Sen. Ted Cruz. “Those cucked, feral corn n—s [a slur against Native Americans] are too stupid to have their political opinions count for anything.”

That was around the same time he began seeking out an IRL community of white nationalists. VICE News reported earlier this month that Frey had talked about wanting to help set up the local chapter for the Traditionalist Working Party, a now-defunct white nationalist organization that was involved in the violent Unite the Right rally in Charlottesville. It’s not clear whether he ever followed through, and he declined to comment when contacted by VICE News.

Frey started working at the Nevada Southern Detention Center in 2018. He was hired as a shift supervisor, and was later promoted to captain.

Chicago Now Has a Coronavirus Patient

3 Billionaire Republican Families Are About to Buy the Dot-Org Domain. That’s Terrifying Nonprofits.