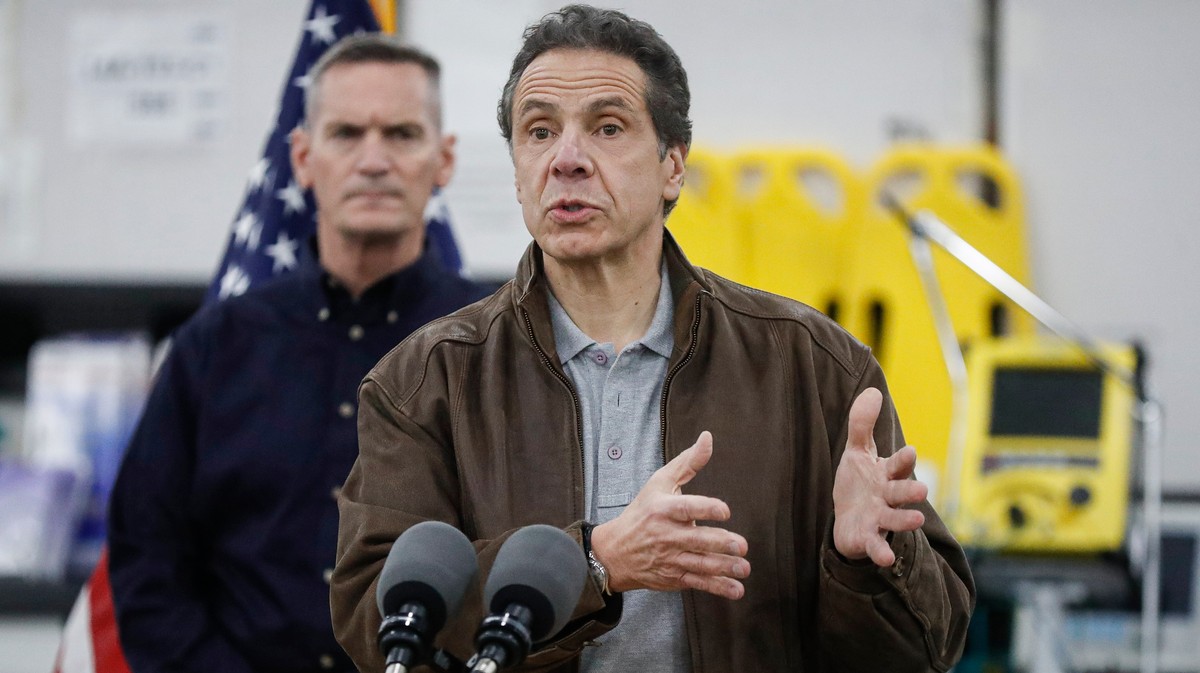 The spread of the coronavirus is not slowing in New York State, the epicenter of the U.S. outbreak with more than 25,000 confirmed coronavirus cases. In fact, the rate of infection is only speeding up, Gov. Andrew Cuomo announced in a heated press conference Tuesday.

“We haven’t flattened the curve, and the curve is actually increasing,” Cuomo told reporters at the Jacob Javits Convention Center in Manhattan, which is currently set to become a field hospital to treat the oncoming onslaught of COVID-19 patients. The height of the pandemic in New York is now set to occur in the next two to three weeks.

If the coronavirus pandemic was once a freight train hurtling towards Americans, Cuomo said, “We’re now looking at a bullet train.”

At the current rate, according to Cuomo, New Yorkers will need as many as 140,000 hospital beds and 40,000 beds in intensive care units.

“Those are troubling and astronomical numbers,” Cuomo said. “New York is the canary in the coal mine. New York is going first. We have the highest and the faster rate of infection. What happens to New York is going to wind up happening to California and Washington state and Illinois. It’s just a matter of time.”

New York has already enacted numerous strict measures to combat the coronavirus. As of Sunday, the 20-some million residents of the state are on “pause.” Non-essential gatherings are banned, while non-essential businesses must make 100% of their employees work from home. In public, people must remain six feet away from one another.

During the press conference, Cuomo also repeatedly slammed the federal government for not doing enough to help New York treat COVID-19 patients. While President Donald Trump has signed an executive order invoking the Defense Production Act, which forces private companies to prioritize manufacturing orders from the federal government — like, for example, a demand to make masks — as of Monday the Trump administration had not placed any orders.

On Tuesday morning, Trump tweeted that he hasn’t had to use the Defense Production Act because, he said, “No one has said NO!” But minutes later, FEMA administrator Peter Gaynor told CNN that the administration planned to start using some of the Act’s powers starting Tuesday.

At one point during his Tuesday press conference, Cuomo put up a slide with a stark message: “We Need Federal Help. NO OTHER WAY.”

While some companies have volunteered to make products to fight the coronavirus, Cuomo said that their products won’t arrive fast enough.

“Not to exercise that power is inexplicable to me,” Cuomo said. “It’s nice that these companies are coming forward and saying they want to help. That’s not going to get us there.”

READ: U.S. Hospitals Are Wildly Unprepared to Deal With How Bad the Coronavirus Outbreak Could Get

Right now, New York has about 7,000 ventilators but will need 30,000 more to treat COVID-19 patients, according to Cuomo. The governor urged the Department of Health and Human Services to open up its stockpile of approximately 20,000 ventilators and let New Yorkers access them. While the federal government will eventually need to help the rest of the country grapple with COVID-19, Cuomo argued that New York’s looming crisis is far, far worse.

“How can we be in a situation where you have New Yorkers possibly dying because they can’t get a ventilator, but a federal agency saying, ‘I’m going to leave the ventilators in the stockpile’?” Cuomo said. “I mean, have we really come to that point?”

Cover: New York Gov. Andrew Cuomo speaks during a news conference alongside the National Guard at the Jacob Javits Center that will house a temporary hospital in response to the COVID-19 outbreak, Monday, March 23, 2020, in New York. (AP Photo/John Minchillo)