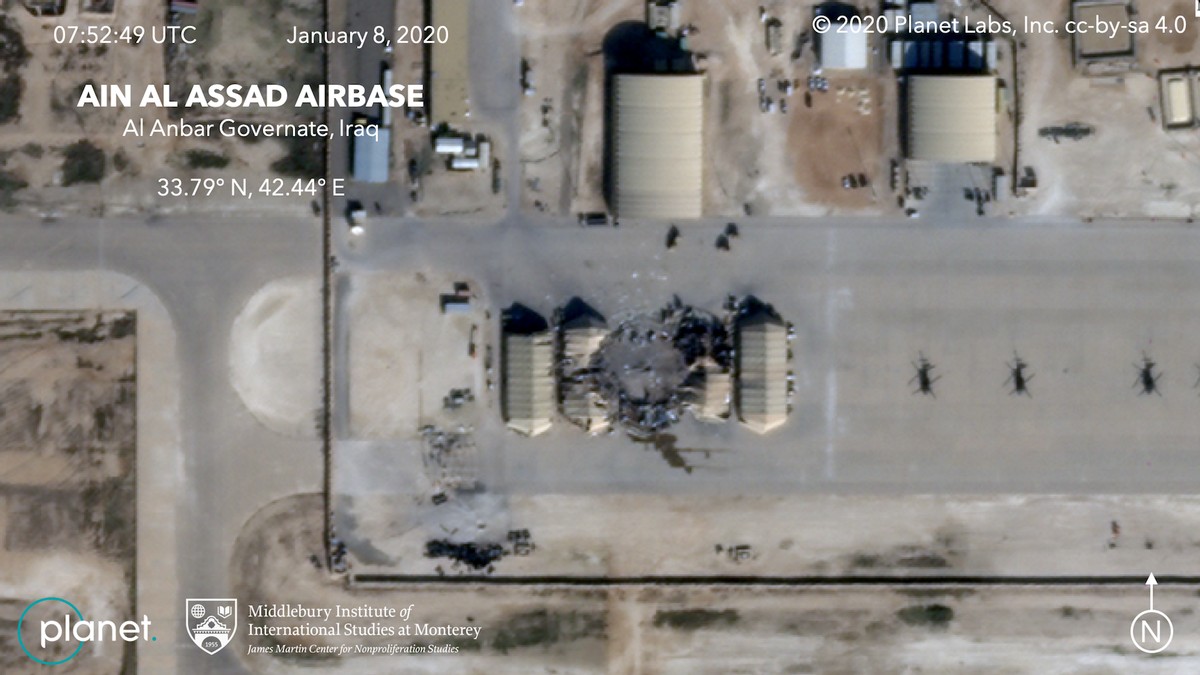 WASHINGTON — Iran appears to have just pulled its punch.

Despite days of promising “severe revenge” for the U.S. killing top Iranian general Qassem Soleimani, Iran’s missile strikes against two U.S. bases in Iraq on Tuesday night failed to claim a single American or Iraqi casualty. And that may well have been on purpose.

The ballistic missiles appear to have largely targeted aircraft hangars, buildings likely to have fewer people in them than other available targets, David Schmerler, an analyst with the Middlebury Institute of International Studies at Monterey, told VICE News Wednesday, following a review of high-res satellite photographs of the impact site.

“If they were going for a higher casualty count, they would have hit other buildings,” Schmerler said.

While Iran’s exact intentions remain open to debate, the relatively bloodless strike raises the possibility that Tehran’s leaders may have meant to demonstrate a show of force while also giving President Trump an off-ramp to avoid further military escalation.

That was exactly the route Trump in his speech to the nation Wednesday morning, when he attributed the lack of American casualties to skillful American maneuvering in advance of the attack, while declaring that “Iran appears to be standing down.”

“I think that Iran deliberately decided not to escalate,” said Vali Nasr, a former senior adviser to the State Department. “They’re walking back from the edge.”

Independent analysts weren’t the only ones on Wednesday suggesting that might have been what happened.

The Reuters news agency, citing unnamed U.S. and European government sources familiar with intelligence assessments, reported Wednesday that some officials have concluded that Iran intentionally sought to avoid U.S. casualties. The strikes were carefully calibrated to prevent the crisis from escalating out of control, while still sending a message of Iranian resolve, the sources said.