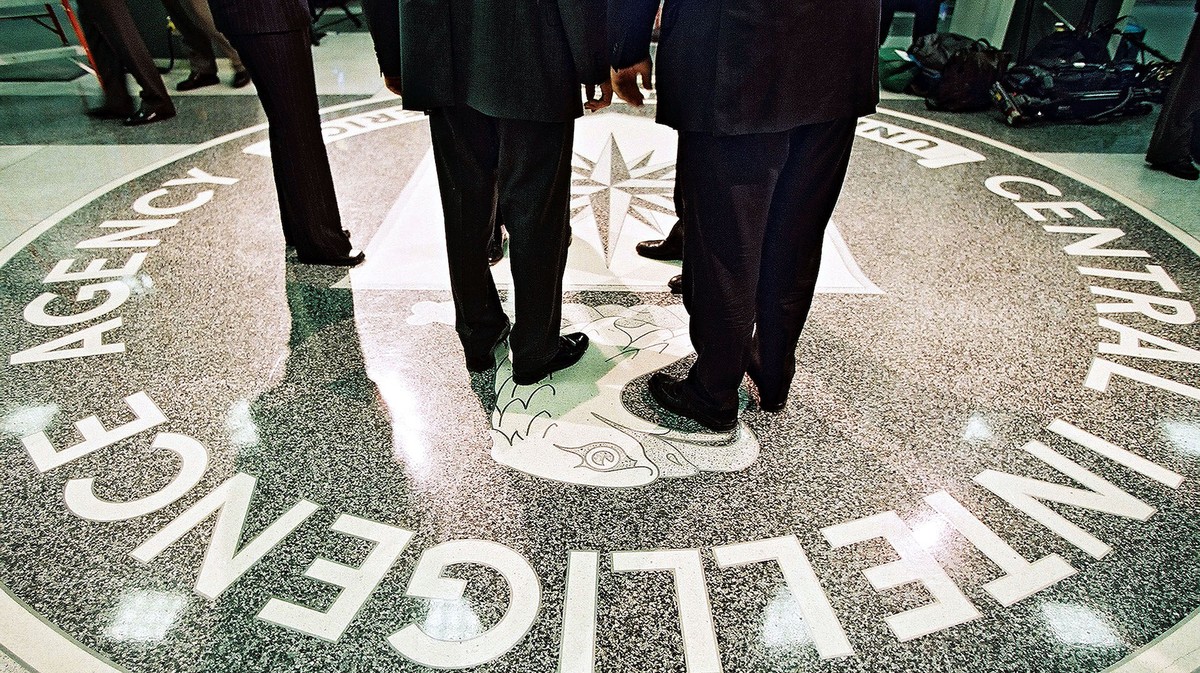 Want the best of VICEM News straight to your inbox? Sign up here.

James Mitchell is often referred to as the “architect” of the CIA’s so-called “torture program,” a system developed to question suspected terrorists at “black sites” around the world after 9/11. But to hear Mitchell tell it, what he saw wasn’t much of a system at all — and he certainly wasn’t in charge of it.

As part of his first public testimony before a military commission at Guantánamo Bay, Cuba, on Wednesday, Mitchell detailed his frequent clashes with what he called the CIA’s “middle management” over how aggressively to interrogate prisoners. The psychologist and retired Air Force contractor appeared as a witness for the defense at the ongoing trial of five accused al-Qaeda members charged with helping to plan and finance the 2001 tragedy that left nearly 3,000 dead.

The defendants argue the widespread torture they underwent renders their statements to the FBI inadmissible because they were coerced. If Mitchell’s testimony convinces the judge that’s true, he could upend the most significant trial to come out of the military commissions, nearly a decade after 9/11.

In 2002, the CIA asked Mitchell to help question Abu Zubaydah, a suspected al-Qaeda operative captured in Pakistan. President George W. Bush had described Zubaydah as “al-Qaeda’s chief of operations”— a committed, high-ranking member of the organization likely to know nearly everything about its operations. (Later, nearly all of these assumptions proved false.)

At a CIA black site in Thailand, Zubaydah became the first prisoner to undergo so-called “enhanced interrogation techniques,” including waterboarding. Within days, Mitchell and his partner, Bruce Jessen, concluded he had cooperated and given up all his useful information. He only knew about past terror attacks; he could share nothing about future strikes within the United States, the CIA’s major focus.

Mitchell and Jessen, who’s also scheduled to testify later this week, petitioned the higher-ups for permission to stop torturing Zubaydah. The official request to cease waterboarding, according to Mitchell, followed a number of informal appeals. They argued that pushing further could break the law and physically endanger Zubaydah, who’d been shot several times before being captured.

The official response was “let’s stay the course.” From middle management the reply was considerably less amicable, according to Mitchell.

“They said that we were pussies, that we had lost out spines,” he said. They warned of a looming, massive attack, and that Mitchell would have American blood on his hands.

Management also reminded Mitchell he was at a CIA-controlled black site; he could only leave with the agency’s approval. In a tense moment of testimony, Mitchell described threatening to end an interrogation he thought had gotten out of control. When he was overruled, he asked to leave — was told he couldn’t leave. I’m a US citizen, a civilian; you’re holding me against my will in a foreign country, incommunicado,” said Mitchell, tearing up in court.

Mitchell portrayed himself as largely at the mercy of the agency that had hired him as a consultant. Whatever theoretical controls on coercive violence he’d tried to impose were quickly rendered useless in practice. His colleagues were eager to apply the techniques Mitchell had provided, even as he tried to emphasize their limited usefulness.

“They talked about waterboarding as a very antiseptic thing,” Mitchell said, “as something that could be used more often than it should be.”

“I would do it again”

In the past, Mitchell has not squeamish about using waterboarding and other torture techniques. His book, “Enhanced Interrogation: Inside the Minds and Motives of the Islamic Terrorists Trying To Destroy America,” defends his role in post-9/11 torture. (The book has appeared several times in the courtroom as a reference, with Mitchell joking that everyone ought to buy more copies of it.) In court on Tuesday, while admitting he hadn’t wanted to waterboard any prisoners, he said, “I would do it again.”

After his capture, Abu Zubaydah’s alleged connections to al-Qaeda were disproven; he was a jihadist but had no advance knowledge of the 9/11 attacks. In front of the military tribunal Wednesday, Mitchell recounted how a collection of videotapes, unknown to him at the time, had convinced the CIA of Zubaydah’s high value. They showed him taking credit for a number of attacks that hadn’t happened yet.

When Mitchell learned of the tapes — well after he’d tortured Zubaydah — he said he asked the jihadist about them. Zubaydah explained his plan: He’d wanted to start his own terror cell but saw the United States rounding up al-Qaeda members. Zubaydah reasoned that he could make money by videotaping himself taking credit for terrorism that hadn’t yet happened.

After he’d recorded his collection of tapes, he could get plastic surgery to change his appearance. Then, if and when the attacks happened, he could release his videos. By taking credit, he could get “investment” from terror-supporting groups.

“There were organizations and groups that were willing to fund terror attacks, but they wanted to see results,” Mitchell explained in court. “So this was part of some marketing scheme that went horribly wrong.” (Zubaydah has long had mental health problems, exacerbated by his time in black sites and at Guantánamo Bay. His drawings depicting his torture were recently published.)

Despite Mitchell’s protests, he said the CIA insisted that Mitchell waterboard Zubaydah again. “I was tearful,” he said. Asked why, he said, “I felt sorry for him. I thought it was unnecessary and I felt sorry for him.” He had cooperated, given up all the information he had. “He very specifically said, ‘I will be your man. I will work for you,” Mitchell said.

But Mitchell, he said, was just a contractor, and he had orders. “And so we waterboarded him.”

Cover image: People stand on the seal of the Agency March 20, 2001 at the CIA Headquarters in Langley, Virginia. (Pool Photo by David Burnett/Newsmakers)

Trump Wants to Make It Harder For Pregnant Women to Travel to the U.S.