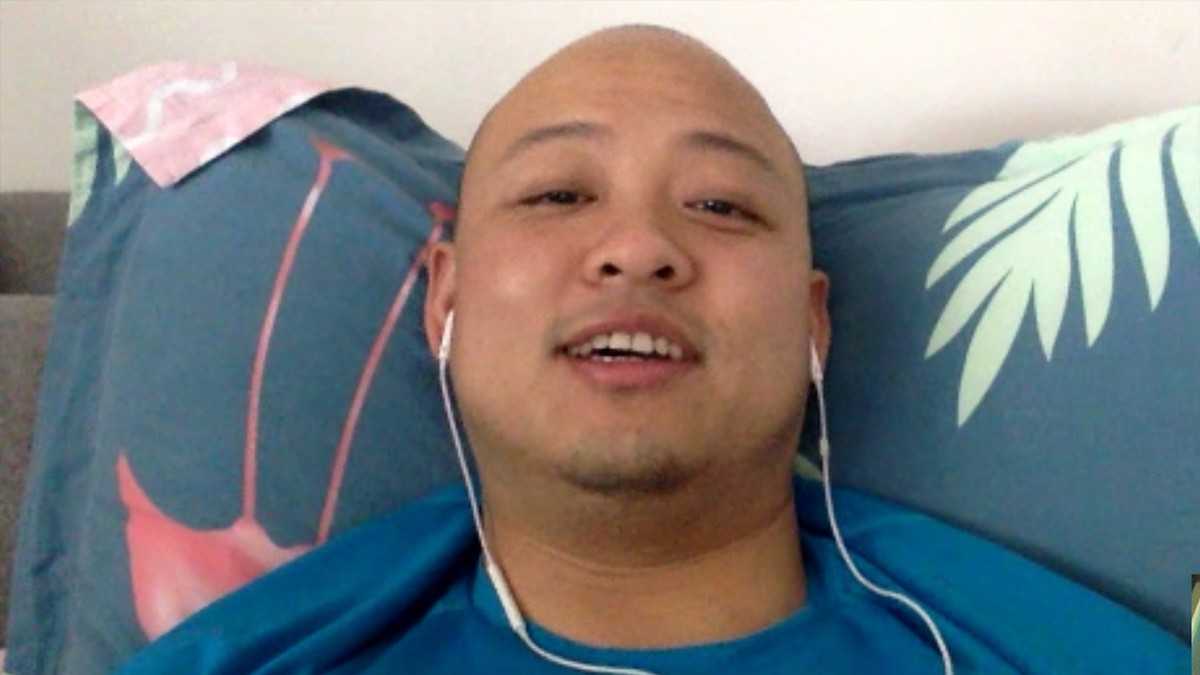 A doctor in Spain who contracted the coronavirus is tweeting out ultrasounds of his fluid-filled lungs and other symptoms as the disease takes hold of his body.

Dr. Yale Tung Chen told VICE News that he tested positive for the coronavirus Sunday after two weeks of treating patients for the deadly disease at the Hospital Universitario La Paz in Madrid as an emergency physician. Spain has seen over 3,000 cases of coronavirus, with 84 reported deaths as of Thursday. Over 1,000 of those cases have been found in the capital Madrid.

Chen is now sharing updates on his condition with thousands on Twitter while quarantined in his home using the hashtag #mycoviddiary. He explained how he belongs to an online community of doctors who exchange ultrasound results as a way of studying all kinds of medical findings, and this time he’s tracking his own.

‘The patient was me’

“We usually share our experiences or cases on Twitter because that’s a strong, powerful tool to learn and share with others,” Chen said. “So in this case, there was no difference. The only difference was that the patient was me. I had the ultrasound machine and a lot of time in my isolated room. So I decided to make something of that.”

The 35-year-old doctor said that he first began feeling ill last Friday. He quickly quarantined himself to a single room of his house to avoid spreading the virus to his wife and two kids, before testing himself the next day. Tests confirmed his suspicion by the end of the weekend.

In addition to tweeting his symptoms every morning, Chen is sharing footage of his lungs using ultrasound, complete with a breakdown of what changes he’s observing. He is also answering questions from followers who are curious about certain aspects of dealing with the harmful contagion. The doctor said that his condition has been fairly mild, telling one of his followers that he’s been combating the symptoms with household medications like Tylenol and ibuprofen.

On Day One of Chen’s diagnosis, he described having a “strong” headache, a sore throat and a dry cough. On day two, Chen says that while his cough and headache began to subside, ultrasounds revealed black spots on his lungs, indicating that pneumonia began to set in on the respiratory system. Pneumonia, which causes inflammation in the air sacs of the lungs, has been another common side effect of contracting coronavirus.

On Day Three, Chen reported that diarrhea had taken hold while his cough seemed to be going away for good.

Thursday morning, the doctor said he noticed pleural thickening, a kind of scarring of the lungs, as well as the collection of fluid in the lungs, in his ultrasounds. He said that he’s been coughing once more and has noticeable body fatigue, but still no noticeable chest pains.

He was surprised how many people were asking about his experience.

Chen compared the initial COVID-19 symptoms to a milder version of the flu, though he said the fourth day has surprised him.

Chen told VICE News that his wife and kids began to exhibit signs of the disease, but test resulted came back negative Thursday night.

“I kicked them out immediately,” he laughed.

The doctor echoed the familiar advice for Americans who are starting to see high rates of infection.

“Right now you’re starting to have your first cases all around the states, and probably that’s comparable to what we suffered a couple of weeks ago,” Chen told Vice News. “The most important thing I would like everybody to know is the best way to avoid the infection is to use common sense. Wash your hands, avoid any close contacts, and avoid any places where there are mass gatherings. Whenever you cough, use proper etiquette and cover your coughs.”

Chen isn’t the only one turning to social media to disseminate useful information. The World Health Organization has been using all forms of social media, most surprisingly TikTok, as a means of keeping the public informed and up to date on the latest developments.

In the U.S., President Donald Trump announced late Wednesday that there would be a ban on foreign nationals coming in to the country from Europe, the second continent after Asia to see such a rule put in place. Both Democratic presidential hopefuls Bernie Sanders and Joe Biden canceled campaign events in Cleveland and numerous sports leagues have either put their seasons on indefinite hold or have decided to move forward with scheduled games without spectators.

Chelsea Manning Will Be Released From Prison