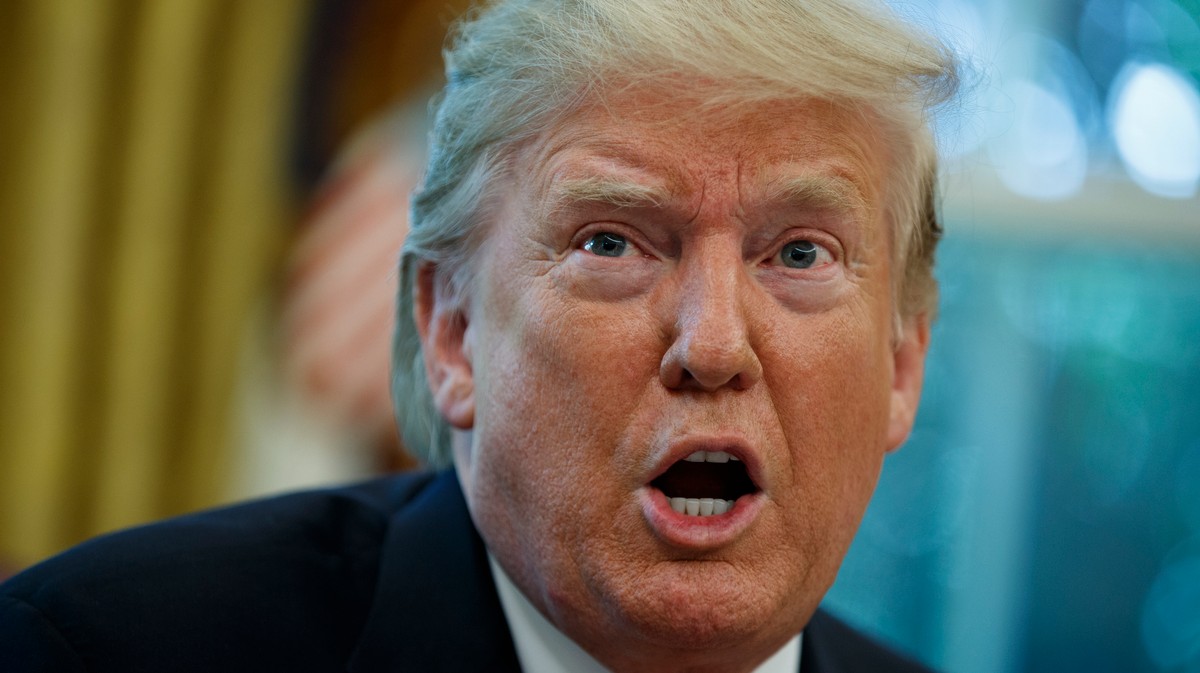 If you’re keeping a bingo card of President Trump’s tweets, Monday morning’s spread hit a number of the usual hallmarks: misspellings, bad photoshops, and poking fun at his opponents’ physical appearance, to name a few.

Early on, Trump retweeted a poorly photoshopped picture of House Speaker Nancy Pelosi and Senate Minority Leader Chuck Schumer wearing traditional Islamic clothing in front of an Iranian flag. The original tweet from an anonymous account said the Democratic leaders were coming to the “Ayatollah’s rescue.”

But Trump wasn’t satisfied yet. Before noon, he tweeted or retweeted well over a dozen posts about matters big and small.

The president, for instance, weighed in on the Democratic primary, misspelling the nickname he’s given Sen. Elizabeth Warren and poking fun at Mike Bloomberg’s height along the way.

“Bernie Sander’s [sic] volunteers are trashing Elizabeth ‘Pocahontus’ [sic] Warren,” the president tweeted. “Everybody knows her campaign is dead and want her potential voters. Mini Mike B is also trying, but getting tiny crowds which are all leaving fast. Elizabeth is very angry at Bernie. Do I see a feud brewing?”

Warren has slid in some polls and on Sunday said she was “disappointed” Sanders’ campaign sent “volunteers out to trash” her. The two candidates are longtime friends, however, and Sanders downplayed the incident and said nobody was trashing her.

Trump kept chugging and hammered some old standbys, including the polls (“95% Approval Rating in the Republican Party”), impeachment (“a totally partisan Hoax”), and his perceived political opponents (“Mini Mike Bloomberg is spending a lot of money on False Advertising”).

Bloomberg recently vowed he would spend gobs and gobs of money to defeat Trump, even if he wasn’t the nominee. As of early January, the multibillionaire has already spent nearly $200 million on his own campaign.