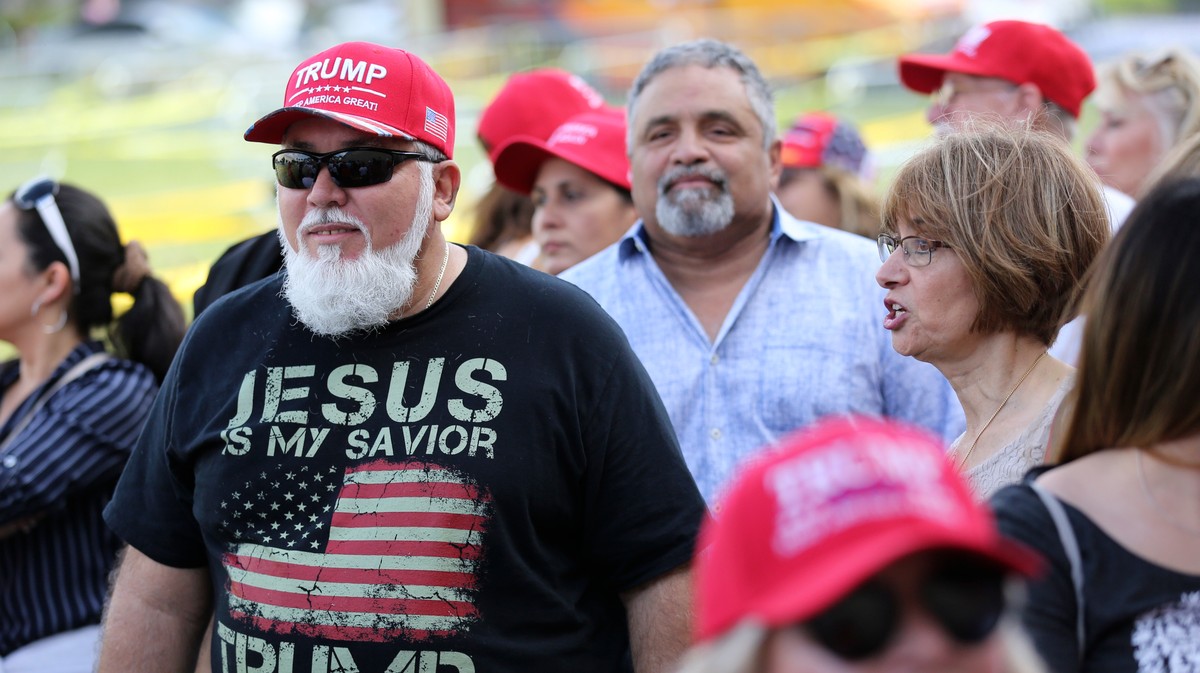 President Donald Trump is scheduled to hold a rally at a Hispanic megachurch near Miami Friday night, two weeks after an editorial in the influential publication Christianity Today called for his removal from office.

The campaign event, which also serves as the launch for the “Evangelicals for Trump” coalition and Trump’s first rally of 2020, will attempt to assuage any potentially bruised support among the religious right, although some evangelical Christians criticized the editorial. It will also present a serious legal question as to whether the president can hold a massive political rally at a tax-exempt church that’s federally prohibited from engaging in politics.

The 7,000-seat King Jesus International Ministry, also known as El Rey Jesus, is one of the largest Hispanic churches in the nation and is led by Guillermo Maldonado, a man who says he can perform miracles and that prayer can raise the dead, according to the local Sun Sentinel.

Maldonado has previously prayed with Trump at the White House. The church has also been visited by U.S. Sen. Rick Scott and Rudy Giuliani, Trump’s personal attorney, according to the Sun Sentinel.