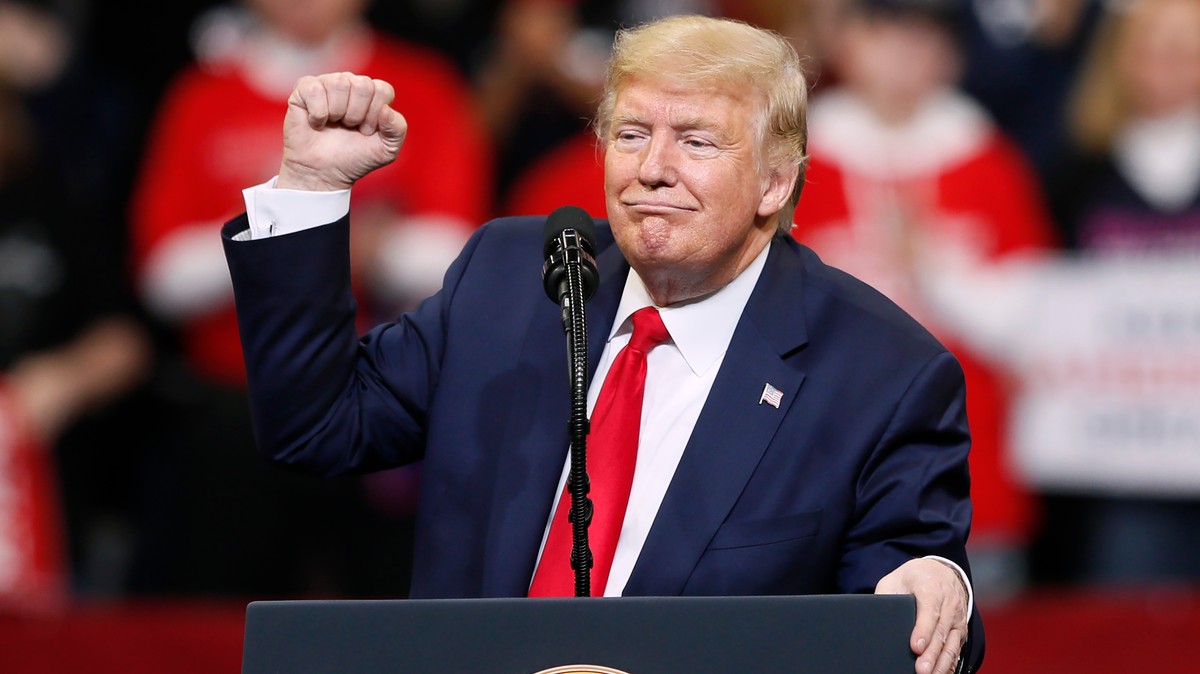 No one knows yet who won the slow-motion disaster that is the Iowa Democratic caucuses, but one person not named Pete Buttigieg or Bernie Sanders is claiming victory: Donald Trump.


President Trump blew away his token opposition in the state’s Republican primary — former Massachusetts Gov. Bill Weld and former Rep. Joe Walsh — with over 97 percent of the vote, and late Monday night he thanked supporters for a “Big WIN tonight in Iowa!”

By morning, however, Trump was taking potshots at the Democratic process, calling it an “unmitigated disaster” and claiming that the “only person that can claim a very big victory in Iowa last night is ‘Trump’.” He also defended Iowa’s first-in-the-nation status, which might have more than a little bit to do with Iowa being a swing state.

Other Republicans didn’t hesitate to join in, including White House social media director Dan Scavino, who tweeted out a GIF of a dumpster on fire, as well as Sen. Ted Cruz, who won the Iowa GOP caucuses in 2016. (Lest we forget, Trump accused Cruz of stealing the Iowa caucus four years ago.)