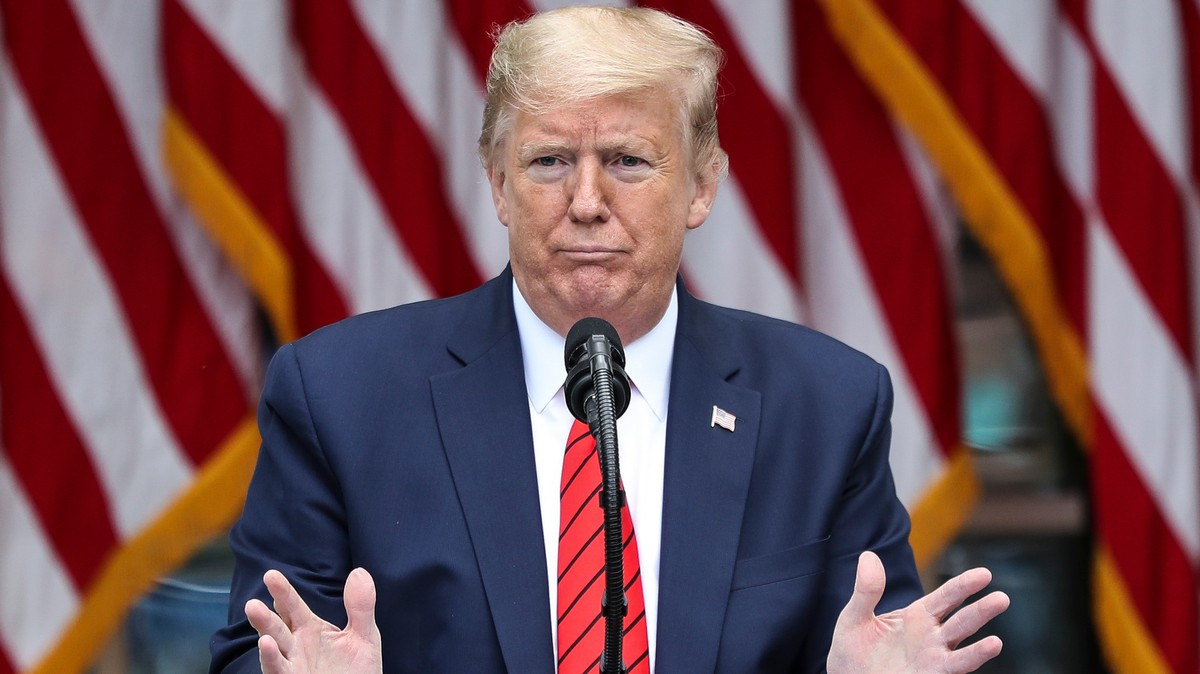 WASHINGTON — Predicting Supreme Court decisions is a dicey game that can easily make the wisest legal graybeards look like novices.

But a lot of lawyers who follow the high court closely think President Trump will end up watching his most secret financial records finally slip from his grasp after the Supreme Court returns a decision early this summer.

“I think, at least in the long run, yes, Trump lost control of his tax returns,” Barbara McQuade, former U.S. Attorney for the Eastern District of Michigan, told VICE News.

The Supreme Court heard arguments via teleconference on Tuesday over two sets of subpoenas, one from Congress and the other from prosecutors, that seek to pry Trump’s financial records loose. The efforts, combined into one titanic legal battle, pose the gravest challenge yet to Trump’s years-long quest to keep his financial records secret.

After the arguments ended, eight lawyers, legal experts, professors and former prosecutors told VICE News they believe Trump’s banks and accounting firms will be forced to turn over Trump’s tax returns to New York prosecutors, Congressional Democrats, or both. Forking over those financial records during the summer before the 2020 election could unleash wild chaos in the middle of the campaign.

“Nobody ever made any money predicting what the court would do — but my guess is that Trump will lose both cases,” said Paul Rosenzweig, a lawyer who helped investigate former President Bill Clinton alongside former Independent Counsel Ken Starr and current Supreme Court Justice Brett Kavanaugh. “If the court is to adhere to its existing precedent, these should both be nine-nothing cases.”

“I think, at least in the long run, yes, Trump lost control of his tax returns.”

Manhattan District Attorney Cy Vance subpoenaed Trump’s records in connection with an investigation into hush-money payouts to women who claimed they slept with Trump prior to the 2016 election, payments that already sent Trump’s former personal attorney, Michael Cohen, to prison.

Congress, on the other hand, wants to find out whether Trump might have secret financial links to deep-pocketed foreign entities, among other things.

But Trump has steadfastly refused to release his tax returns, unlike all other recent candidates for president, prompting plenty of speculation about what kinds of dark secrets he may be hiding — or that he might not really be worth as much as he claims.

Close court-watchers said they think Vance’s case, overall, appears to have the best chance of succeeding, given the reaction of the justices during Tuesday’s argument, and the over-the-top rebuttal offered by Trump’s attorney that the president must be immune from any kind of criminal process.

“The president is not to be treated as an ordinary citizen,” Trump’s attorney Jay Sekulow told the court, and subjecting him to any “criminal process” violates the Constitution.

The justices didn’t seem to give that notion much thought.

Even conservative justice Clarence Thomas pointedly asked Sekulow whether the framers of the Constitution ever explicitly endorsed giving the president total criminal immunity. Sekulow insisted the idea had been “discussed” and that some expressed the view that prosecuting the president would be “Constitutionally problematic.” But ultimately Sekulow’s answer boiled down to: Not really, no.

“I think the Manhattan DA case is pretty clearly going to be a defeat for Trump,” said Renato Marrioti, a former prosecutor turned defense attorney in Chicago. “In congressional case, though, there’s the question of whether Congress is overreaching its power.”

If Vance wins but Congress loses, Trump’s records might remain shielded from public view, even if prosecutors have a chance to go over them with a fine-tooth comb.

The records would be held secret by standard rules of grand jury secrecy, meaning they might never see the light of day so long as no criminal case is ever brought against Trump’s company, his employees, or Trump himself on the basis of those documents.

The justices expressed concern over the lack of any clear limits on what kinds of information Congress can subpoena, and the lawyer for the House, didn’t have a ready answer for that point.

Even liberal Justice Stephen Breyer expressed concern that there “may be burdens” on the president if Congress is allowed to subpoena whatever documents it wants.

“I’m talking about the president’s burden,” Breyer told House lawyer Douglass Letter. The president will have to “figure out what his answers are to all those documents you are requesting which go, in my opinion, way, way beyond just tax returns.”

The result could be a mixed decision that allows prosecutors to review Trump’s banking and tax records in secret, while preventing Democrats from using Trump’s personal and business finances as campaign fodder against him in the 2020 campaign.

But all the lawyers who ventured an opinion cautioned that the court remains tough to predict — and could yet surprise everyone, in either direction.

And even if Trump is ultimately defeated, it might be months before he eats crow.

The justices could ultimately return the cases back to the lower courts with stricter instructions, which might well result in a Trump defeat but one that doesn’t arrive until well after the 2020 election, observers said.

“I hate making predictions, but I think this means he probably lost control at some point,” said Mimi Rocah, a former prosecutor for the Southern District of New York. “Even this Court doesn’t sound like it will say, ‘No, never.’”

Cover: President Donald Trump speaks during a press briefing on testing in the Rose Garden of the White House on May 11, 2020 in Washington, DC. (Photo by Oliver Contreras/SIPA USA)(Sipa via AP Images)