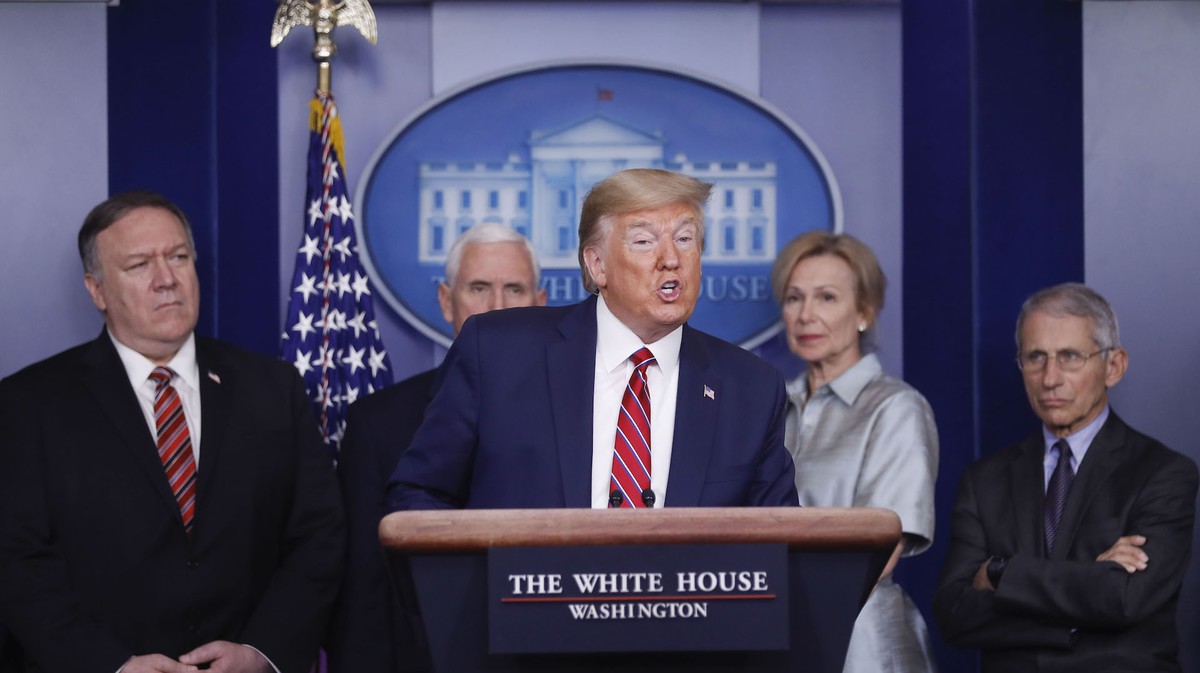 WASHINGTON — ”I feel good about it.”

That’s how President Trump described an untested drug to combat the novel coronavirus, which he hailed as a potential “game-changer” despite pushback in real time on national television from the nation’s top virologist, who was standing right next to Trump at the press conference.

“Without seeing too much, I’m probably more of a fan of that than maybe anybody, but I’m a big fan. We’ll see what happens,” Trump said about the anti-malaria drug chloroquine. “That’s all it is. Just a feeling. I’m a smart guy.”

That remark came during a remarkable press conference Friday and just a minute after Dr. Anthony Fauci, standing by Trump’s side, warned a reporter to be careful about calling the drug “fairly effective” because it hasn’t been tested in a clinical trial as a treatment for COVID-19.

Fauci, who as head of the National Institute of Allergy and Infectious Diseases has been leading government efforts to fight the disease, warned against overstating hopes that the drug could be effective against the pandemic.

He said there’s been no clinical testing of the use of the drug, and that any evidence it could be useful is “anecdotal.” And while Fauci and Trump strained to insist they were mostly on the same page about the drug, it was clear that Trump was looking to tout a potential “game-changer,” as he put it, while Fauci sought to get the facts straight.

But Trump could not be dissuaded. He continued to talk about his hunches and feelings about the drug as Fauci looked on, a pained expression on his face.

Fauci tried to square the circle, downplaying his disagreements with Trump while warning that there’s no data to show “it’s truly effective and safe under the conditions of COVID-19.”