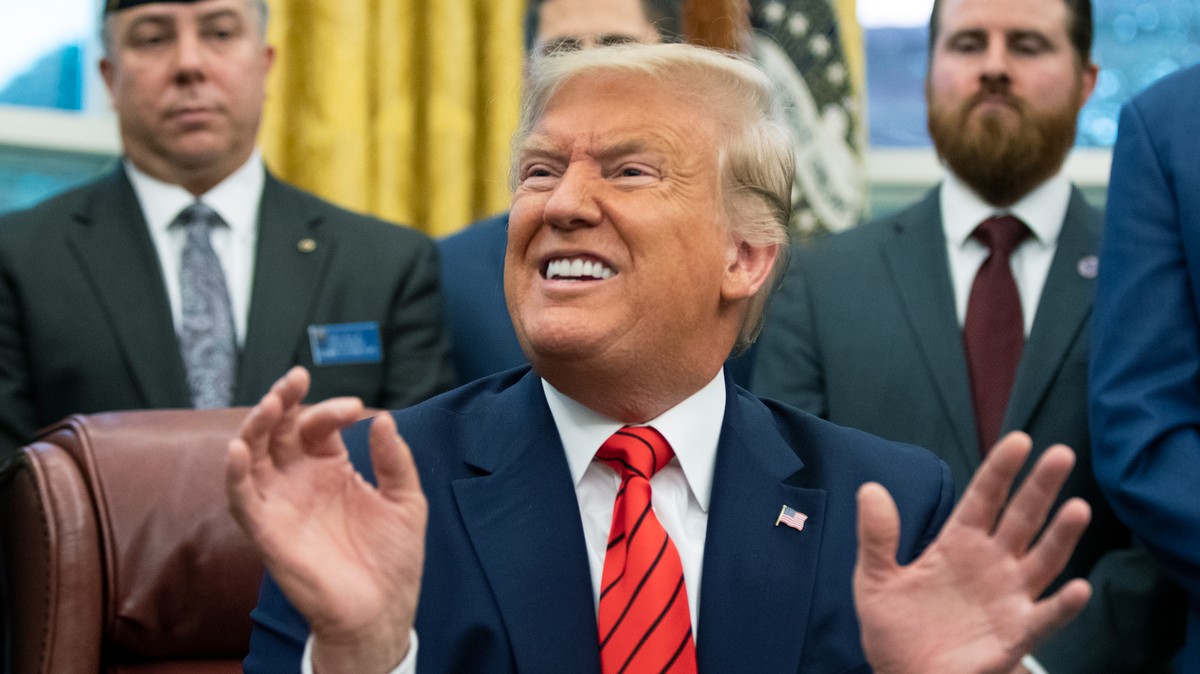 After months of denying that he personally sent Rudy Giuliani to Ukraine to get damaging information on political opponents, including the Biden family, President Donald Trump just came out and admitted it.

During a 46-minute interview on Geraldo Rivera’s podcast “Roadkill with Geraldo” on Thursday, Trump was asked if it was “strange to send Rudy Giuliani to Ukraine, your personal lawyer? Are you sorry you did that?”

“Not at all,” Trump responded. “Rudy was a great crime-fighter, you know that? Maybe better than anybody. And Rudy is totally on his game.”

“Here’s my choice: I deal with the [James] Comeys of the world, or I deal with Rudy,” Trump said. “So when you tell me, why did I use Rudy, and one of the things about Rudy, number one, he was the best prosecutor, you know, one of the best prosecutors, and the best mayor. Also, other presidents had them. FDR had a lawyer who was practically, you know, was totally involved with government. Eisenhower had a lawyer. They all had lawyers. Bill Clinton had a lawyer, they all had lawyers, and they do things for them.”

Previously, Trump denied sending Giuliani to Ukraine, even though that account has been verified by Giuliani himself as well as several other people involved. When asked by Bill O’Reilly last November if Trump “direct[ed] [Giuliani] to go to Ukraine to do anything or put any heat on them,” Trump responded, “No, I didn’t direct him,” and said “Rudy went, he possibly saw something.”

In the transcript of the July 25, 2019 phone call between Trump and Ukrainian president Volodymyr Zelensky, Trump told Zelensky, “Mr. Giuliani is a highly respected man. He was the mayor of New York City, a great mayor, and I would like him to call you. I will ask him to call you along with the Attorney General. Rudy very much knows what’s happening and he is a very capable guy. If you could speak to him that would be great.”