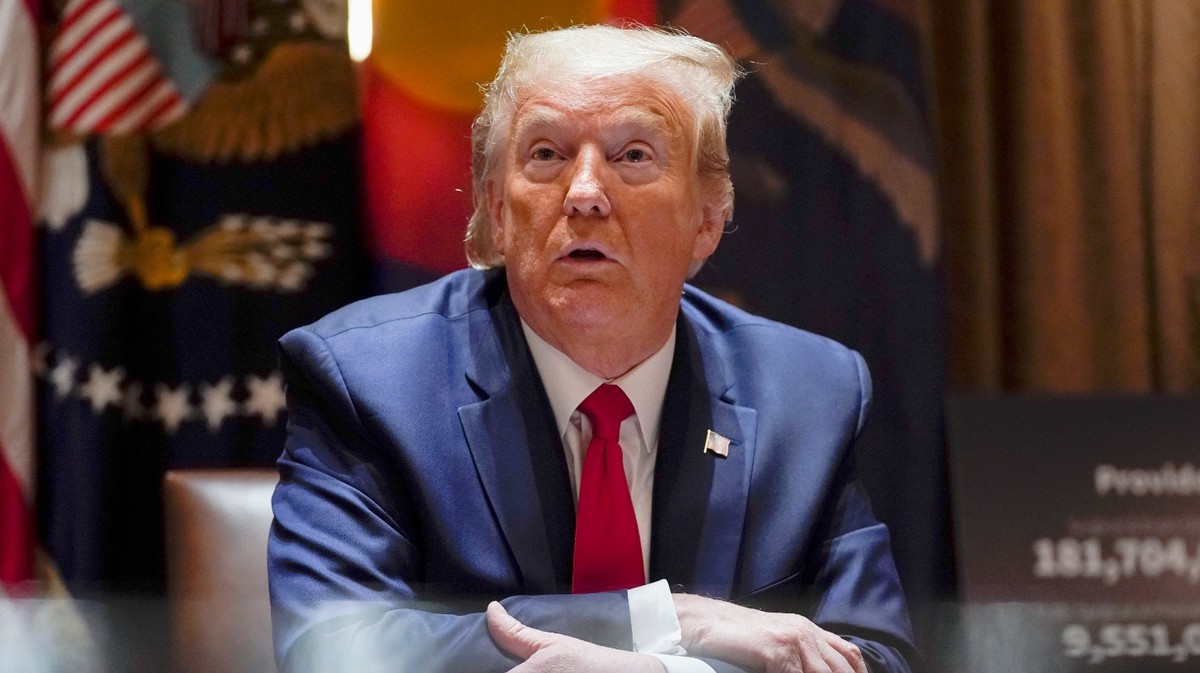 President Donald Trump said that not only does he know when we’ll have a coronavirus vaccine, but that the military will be delivering it to you by the end of the year.

“On the basis that we do have a vaccine, you know, it’s a massive job to give this vaccine,” Trump told Fox Business’ Maria Bartiromo, in an interview aired on Thursday morning. “Our military is now being mobilized so at the end of the year, we’re going to be able to give it to a lot of people very, very rapidly.”

Trump’s prediction about the vaccine timeline flies in the face of everything we’ve been told by his own public health officials. Dr. Anthony Fauci, perhaps the most prominent member of the Whtie House coronavirus task force, said in a Senate hearing earlier this week that a vaccine was at least a year away and that there’s “no guarantee that the vaccine is actually going to be effective.” On Wednesday, a top official at the World Health Organization said that the virus could become an endemic illness that humans have to live with.

After continually revising his prediction over the past several months, Trump said during the interview that he expected the U.S.’s death toll to be in the six figures.

“We’re going to lose over 100,000 perhaps in this country,” Trump said. “In all fairness that’s at the bottom level of the scale, we would have lost 2 million if we did it another way… it’s a terrible thing.”

Trump also repeated his claim from Wednesday that schools should reopen, and wrongly implied that the coronavirus isn’t affecting people who are young and healthy. The coronavirus had killed 1,432 Americans under the age of 45 as of May 9, according to the CDC, although the agency’s death total is very likely an undercount based on other totals.

On Wednesday, New York Gov. Andrew Cuomo said that the state was investigating a new disease, linked to coronavirus, that has killed three young children in New York and put dozens more in the hospital. Cuomo said at least 14 other states and five European countries are investigating cases of the disease in their own states.

“I’m saying open the schools, but if a teacher is 65 or older, especially if they have diabetes or a bad heart, we say, ‘relax for a longer period of time,’” Trump told Bartiromo. “But if you look, there’s been very little damage done to people that are healthy and young and frankly medium age people. But the elderly have been decimated, absolutely.”

Trump’s claim again contradicts recommendations from public health officials. “The idea of having treatment available or a vaccine to facilitate the reentry of students into the fall term would be something that would be a bit of a bridge too far,” Fauci said on Tuesday.

Although Trump pushed state governors to reopen schools before the end of this year, most states have already canceled classes for the rest of the year. Additionally, the California State University system — the nation’s largest — said earlier this week that fall classes would largely be online.

On Wednesday, Trump directly called out Fauci’s testimony on when schools should reopen.

“I was surprised by his answer, actually,” Trump said of Fauci. “To me it’s not an acceptable answer, especially when it comes to schools.”

Cover: President Donald Trump listens to a question from a reporter during a meeting with North Dakota Gov. Doug Burgum, and Colorado Gov. Jared Polis, in the Cabinet Room of the White House, Wednesday, May 13, 2020, in Washington. (AP Photo/Evan Vucci)