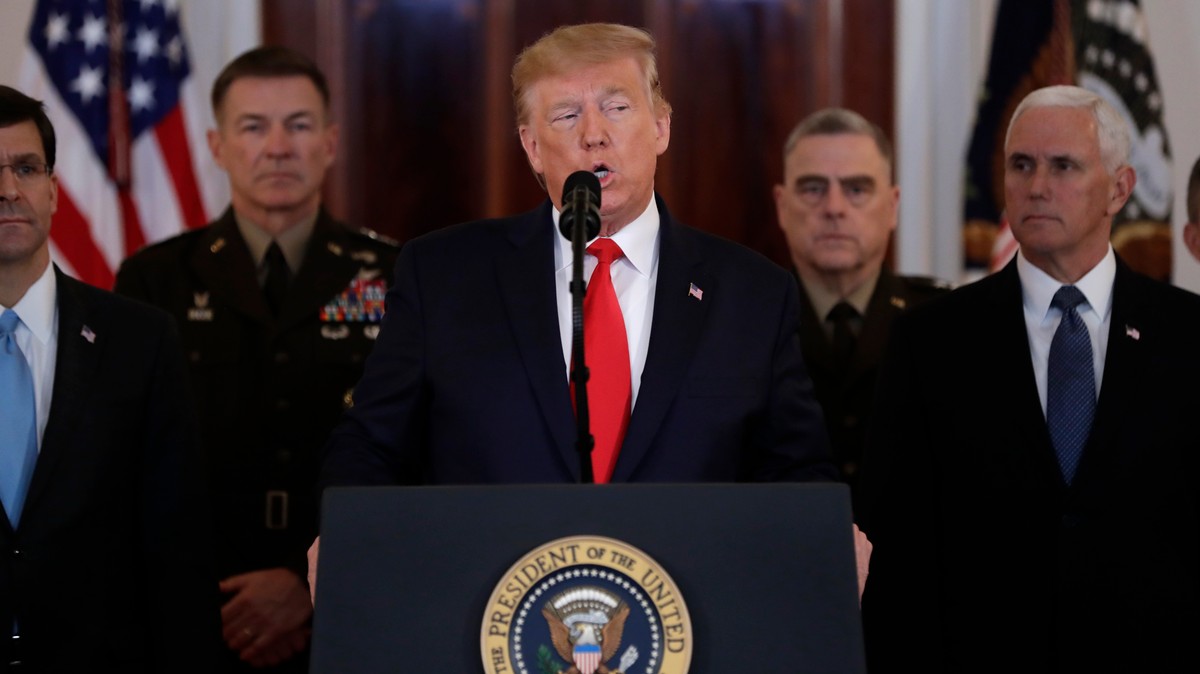 President Donald Trump confirmed that no Americans or Iraqis were killed in the missile strikes on U.S. bases in Iraq Tuesday night and that Iran appears to be “standing down.”

Late Wednesday morning, the president addressed the nation for the first time since the attacks. Flanked by Vice President Mike Pence, Secretary of State Mike Pompeo, and his top military advisers, Trump called for Iran to abandon any ambitions of developing a nuclear arsenal, defended the U.S. killing last week of top Iranian general Qassem Soleimani, and vowed to impose harsh new sanctions against the country.

The president did not call for any additional U.S. military action against Iran in response to Tuesday’s missile strikes but rather for more economic sanctions.


“Iran appears to be standing down, which is a good thing for all parties concerned and a very good thing for the world,” Trump said. “The United States will immediately impose additional punishing economic sanctions on the Iranian regime.”

Trump ordered the drone strike on Jan. 3 that killed Soleimani and several other Iranian military figures near the airport in Baghdad, and on Wednesday, he portrayed the general as a ruthless terrorist who stoked conflicts across the Middle East.

“Soleimani’s hands were drenched in both American and Iranian blood,” Trump said. The president also insisted that the Iranian general was involved with unspecified but imminent plots to attack the U.S. in the Middle East.