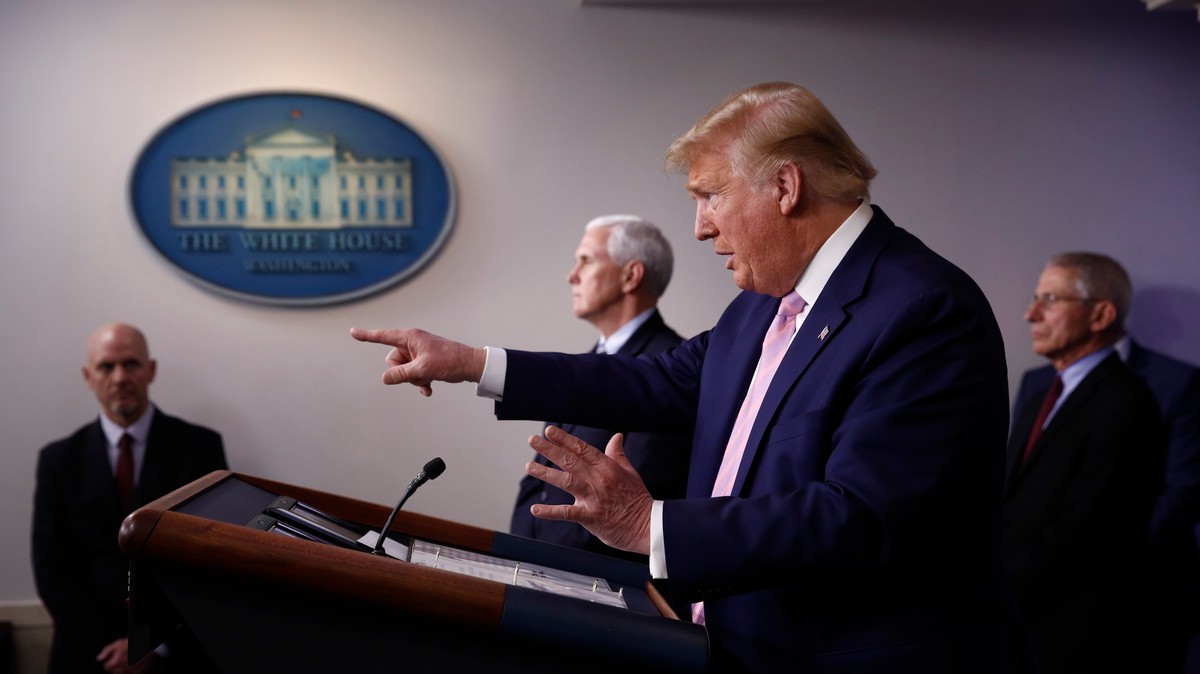 President Donald Trump won’t give every state the ventilators they’ve asked for because in some cases, “they don’t need that many,” he said on Saturday.

States that have been hit hard by the coronavirus pandemic have stressed their need for the mechanical ventilators that allow critically ill patients to keep breathing. In a press briefing on Saturday afternoon, however, Trump claimed that in some cases, states asking for ventilators don’t need as many as they say.

The Trump administration would be directly in touch with hospital administrators to get a sense for how many ventilators were actually needed, he said.

“Many hospital administrators that we’ve been in touch, even in the really hot spots — you know what they are — are communicating directly with us that their level of supplies are meeting essential needs,” the president said. “We want distributions to be made on a fair basis.”

Last week, the president used the Defense Production Act to order General Motors to produce additional ventilators to send to states, but some of the hardest-hit states say they still don’t have enough to handle the anticipated influx of new coronavirus patients.

On Saturday Morning, New York Gov. Andrew Cuomo said that he’d put in an order for 17,000 ventilators, but hadn’t received them.

“The states need federal assistance. No state can get all the ventilators they need,” Cuomo wrote on Twitter on Friday. “We need a national deployment of resources that follows need.”

Trump, instead of supplying the live-saving devices to the states that need them, is accusing certain states of asking for too many. “We have one state asking for 40,000 ventilators,” the president said, without naming the state. “They won’t need that many, and now they’re admitting that they don’t need that many.”

Cuomo said on Friday that New York state, which has 40% of the nation’s confirmed cases of coronavirus, would need a total of 40,000 ventilators.

“Sometimes when they know they don’t need it they want it anyway,” Trump went on. “We’re backup, remember, we’re backup. We’re the greatest backup that’s ever existed for the states.”

Trump also repeated his unfounded belief that hydroxychloroquine, a drug used to treat malaria and lupus, will prove to be an effective treatment for COVID-19. “We have millions and millions of doses of it,” he said. “There’s a study out that people with lupus aren’t catching this horrible virus, they’re not affected so much by it. Now, maybe that’s correct, maybe it’s false, you’re going to have to check it out.”

“It’s something that’s now being looked at, but we don’t have any data to be able to say that definitively,” said Dr. Anthony Fauci, the director of the National Institute of Allergy and Infectious Diseases, about people with lupus being less susceptible to coronavirus.

“If it were me, in fact I might do it anyway, I may take it,” the president said. “I’ll have to ask my doctors about that but I may take it.”

There is some evidence that hydroxychloroquine might prove to be an effective treatment for the coronavirus, but more research is necessary. Since Trump started touting the drug as a potential cure for COVID-19, a couple in Arizona overdosed on a fish-tank cleaning product that they thought contained chloroquine. Several people in Nigeria have also overdosed on chloroquine.

Trump continued to stress on Saturday that he hopes the country will be open for business again as soon as possible. “We have to open our country,” he said. “I had an expression, ‘the cure can’t be worse than the problem itself.’ I started by saying that and I continue to say it.”

He said, too, that he hopes to see fans back in sporting arenas. “I can’t tell you a date, but I think it’s going to be sooner rather than later.”

The president made those comments moments after Fauci emphasized that social distancing will have to continue.

“When people are separated from each other, the virus does not transmit,” Fauci said. “We’ll be talking about vaccines and drugs and things like that that will mitigate later, but this [social distancing] is what we really have to do.”

New York Might Be Very Near or at Coronavirus Peak, Governor Says

A Coronavirus-Stricken Cruise Ship Spent Weeks Trying to Dock. It Just Arrived in Miami With Two Dead People Aboard.