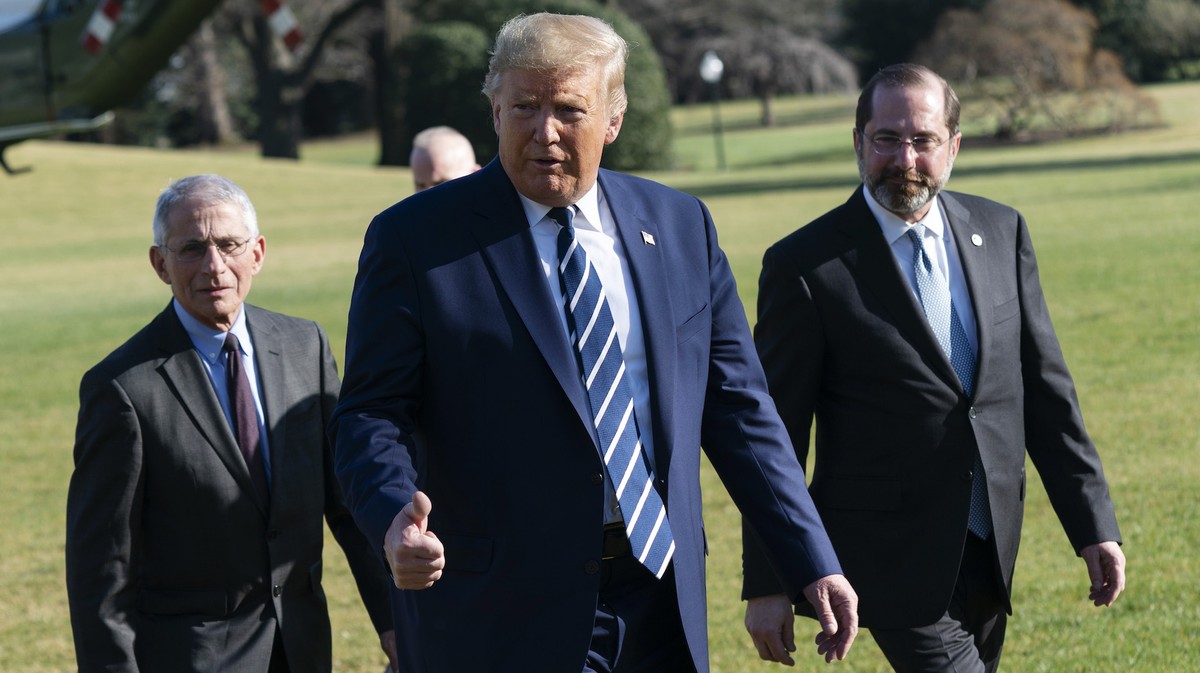 WASHINGTON — The Trump administration will fail to meet its promise to make 1 million tests for novel coronavirus available by the end of this week, in a stumble likely to exacerbate criticism that President Trump’s response to the outbreak has been too slow.

The real figure will be less than half a million tests by the end of the week, Heath and Human Services Secretary Alex Azar told reporters on Capitol Hill Thursday, adding that most of the new capacity will come from a private company called IDT. The government will supply less than a tenth of the 1 million figure announced on Monday, he said.

“By the end of the week, we believe we’ll have shipped enough for 75,000 people to be tested,” Azar said, adding that IDT believes it will be able to supply enough materials to test “about 400,000 people.”

The missed deadline marks the latest misstep in the Trump administration’s efforts to contain the disease known as COVID-19, a scramble that’s been criticized by Democrats and public health experts for starting late and failing to tamp down misinformation and mixed messages emanating from Trump himself.

Widespread testing is crucial for tracking the spread of the disease. But Trump’s coronavirus response team has been faulted for failing to make tests more broadly available since the virus first emerged in China in early January.

The Centers for Disease Control and Prevention bungled its first attempt to produce a diagnostic test in February, sending hundreds of kits to regional laboratories only to realize afterwards that some of the components yielded inconclusive results. The flawed kits may have resulted from a contamination of the lab where they were developed.