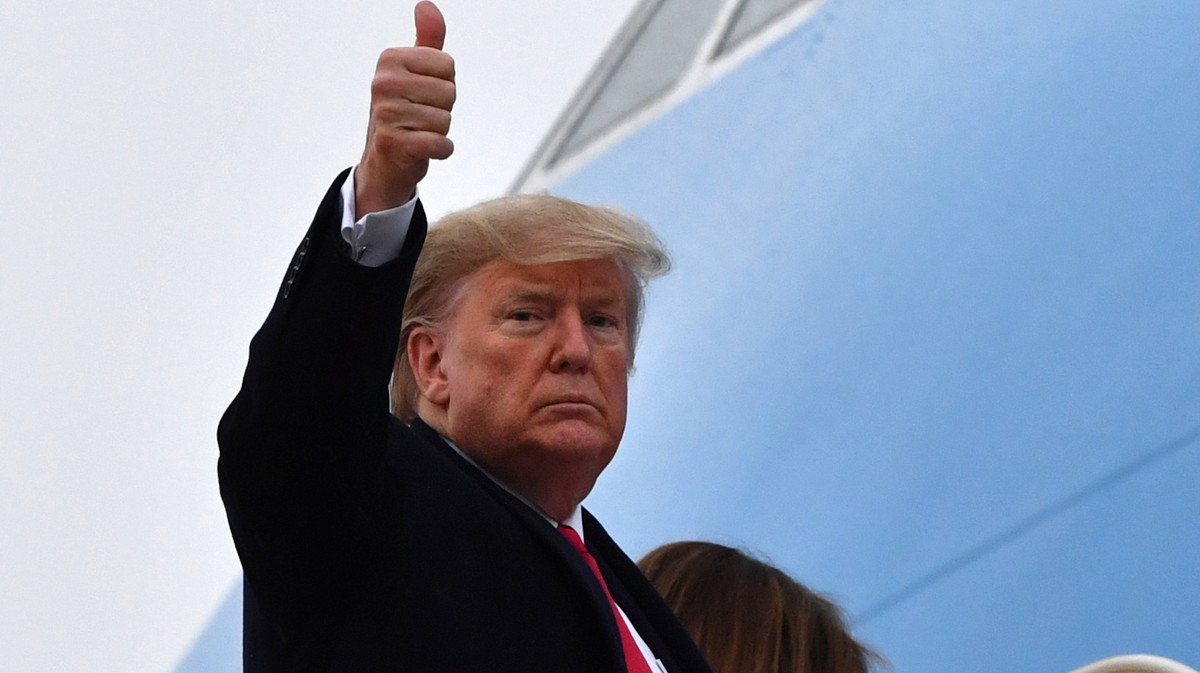 WASHINGTON — The historic impeachment trial of President Trump kicks back into high gear Monday with four hours of closing arguments just before the first votes of the 2020 cycle are cast in Iowa.

Then on Tuesday Trump will deliver his State of the Union address before senators wrap up their arguments Wednesday and vote on the two articles of impeachment.

While the trial outcome is now all but settled, that doesn’t mean there won’t be tons of drama behind the scenes. The decision to allow the trial to bleed into this week has left many senators bitter, especially because Democrats forced the final vote to occur after the president’s national address.

“They want the drama of that. I don’t think that particularly helps the country. I think it promotes more divisiveness,” Sen. Bill Cassidy (R-La.) told VICE News at the Capitol. “If you’re interested in political matters, maybe they’ve made that calculation. To me, it seems like politics.”

But Democrats brush aside that criticism and remain almost despondent after 51 Republicans voted to block any witnesses from testifying in the trial.

READ: It’s official: John Bolton won’t testify in impeachment and neither will anybody else

“[I felt] deep disillusionment and dismay, as I sat there on the floor,” Sen. Richard Blumenthal (D-Conn.) told VICE News at the Capitol Friday night. “I just felt a deep sense of loss, not just loss on this vote or these issues but overall the integrity and value of the body.”

But Trump’s inevitable acquittal will be far from clean: Republicans who don’t approve of his conduct will make that known, as Sen. Lamar Alexander did when he called it “inappropriate” but said he’ll vote to acquit to “let the voters decide.”

Even before Republicans voted late Friday to block all new testimony and information — including a trove of documents the White House has refused to send investigators — the New York Times reported Trump’s lawyer Pat Cipollone was physically in the room when the president conditioned Ukrainian military aide to an investigation of the Bidens.

“In real time, the truth is coming out.”

“In real time, the truth is coming out,” Blumenthal said. “The New York Times and other press are doing the investigative work the United States Senate is too cowardly to do. Republicans will not stand up to Donald Trump to uncover the truth that’s now coming out, day by day, hour by hour.”

Democrats aren’t just saddened by the process; most are bristling over Mitch McConnell’s heavy-handed reign as Senate Majority Leader.

“McConnell’s controlling his votes. He’s decided to turn the trial into a cover-up. There’s nothing we can do to change that unless we have more than two Republican votes,” Sen. Chris Murphy (D-Conn.) told VICE News. “So we’ll make our case on the floor or in or in jury deliberations, but unfortunately, they’ve made their decision.”

Minority Leader Chuck Schumer had to fight hard to extend the trial into this week, which now includes three days of senators voicing their thoughts on the Senate floor, after being forced to sit silently for the past two weeks. Even that concession to Democrats by McConnell upset many of his rank and file members.

“Nobody wants to hear senators speechify. There’s no reason for that,” Sen. Josh Hawley (R-Mo.) told VICE News. “Our Democrat friends want to prolong this as long as they can and are apparently willing to use every motion or tool at their disposal to do so.”

But some Republicans welcome the chance to finally air their thoughts to their fellow senators – they were forbidden from even whispering during the trial – and to the American people.

“Everybody can see what our thought processes were and the amount of work that’s gone into the deliberation,” Sen. Mike Rounds (R-S.D.) told reporters at the Capitol. “It’s not just listening to the back and forth between the different parties. It’s the background that all of us have done with regard to what the Founding Fathers expected.”

Most Democrats aren’t buying that argument, though. They say the trial’s been cooked by McConnell from the outset.

“This was a trial to try and make sure the president is not above the law, and in the process, the Senate participated in allowing the president to be above the law,” Sen. Chris Van Hollen (D-Md.) told VICE News at the Capitol. “It’s done very serious damage to the United States Senate and to the separation of powers and the Constitution.”

Cover: U.S. President Donald Trump gives a thumbs up as he boards Air Force One prior to departure from Joint Base Andrews in Maryland, January 31, 2020, as he travels to Palm Beach, Florida. (Photo by NICHOLAS KAMM/AFP via Getty Images)