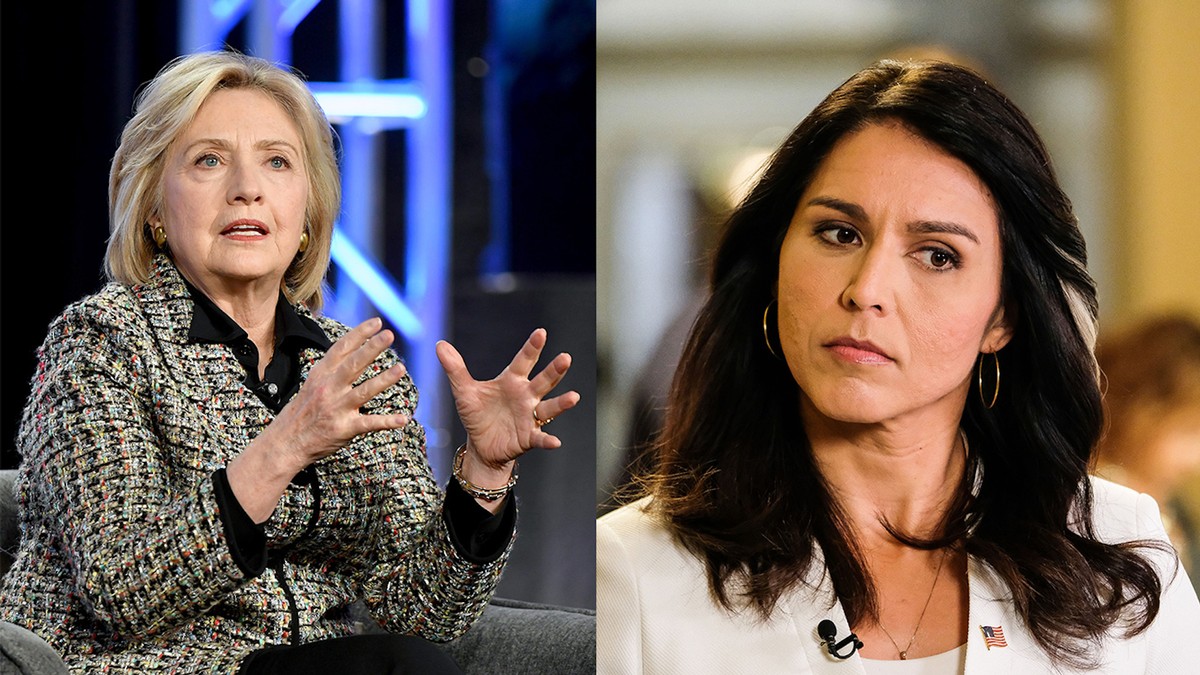 WASHINGTON — Hillary Clinton is in the news again, and you know what that means: Rep. Tulsi Gabbard is not far behind.

Barely 24 hours has passed since the 2016 presidential race loser stepped on a hornet’s nest by shit-talking her then-primary opponent and 2020 Democratic primary co-frontrunner, Sen. Bernie Sanders.

Lest anyone forget, Clinton called Gabbard a “favorite of the Russians” in October, and now Gabbard wants to drag her to court over it.

Gabbard and her campaign filed a defamation suit against Clinton in the Southern District of New York, following through on a threat to do so months ago unless Clinton recanted comments implying Gabbard is getting support from the Russians.

“Tulsi Gabbard is running for President of the United States, a position Clinton has long coveted, but has not been able to attain,” the filing begins. “In October 2019—whether out of personal animus, political enmity, or fear of real change within a political party Clinton and her allies have long dominated — Clinton lied about her perceived rival Tulsi Gabbard.”

READ: It’s 2020 and Hillary is still mad at Bernie: ‘Nobody likes him’

Gabbard accused Clinton of being a “cutthroat politician,” with a “stranglehold over the Democratic Party,” peddling a “extremely dubious conspiracy theories” as payback for Gabbard’s endorsement of Sanders in the 2016 primary and “in a deliberate attempt to derail Tulsi’s presidential campaign”

The suit says polls have shown that voters, especially those in early primary states, accepted Clinton’s statements as true. As a result, Gabbard estimates personal and campaign losses in excess of $50 million, and she’s asking the court to award her an unspecified amount of money to make up for it.

Gabbard also asks for an injunction prohibiting the publication of Clinton’s comments.

Clinton said in an interview on the podcast of former Obama campaign director David Plouffe that there is “somebody who is currently in the Democratic primary” who “[they] are grooming … to be the third-party candidate.”

“She’s the favorite of the Russians. They have a bunch of sites and bots and other ways of supporting her so far. And, that’s assuming Jill Stein will give it up, which she might not because she’s also a Russian asset. Yeah, she’s a Russian asset,” Clinton said.

“Tulsi is not a Russian asset,” the lawsuit contends. “No one—Russia or anyone else—controls her or her presidential campaign. Instead, Tulsi is a loyal American servant, declaring her allegiance to the United States of America both as a soldier and as a member of Congress.”

Clinton was in the news yesterday after the Hollywood Reporter published her comments about Sanders that will appear in a forthcoming documentary about her, including declining to commit to endorsing him if he wins the 2020 Democratic primary.

“Nobody likes him, nobody wants to work with him, he got nothing done. He was a career politician. It’s all just boloney and I feel so bad that people got sucked into it,” Clinton is reported saying.

Gabbard has all but disappeared from the presidential primary, but continues to hover around 5% in polls in the early primary state of New Hampshire. Late last year, VICE News found that her strategy of vilifying Clinton was being well received by independent-minded Granite State voters.

Gabbard has moved to the state and campaigns there regularly, and a surprise upset in the state’s Feb. 11 primary would be her only realistic chance to stay viable. A spokesman said she is campaigning in the state today but will decline all interviews related to the lawsuit. Instead, the spokesman sent a comment from her lawyer, Pierce Bainbridge.

“One would expect someone of Mrs. Clinton’s political background to act with a greater level of maturity and dignity, but her personal hostility toward Rep. Gabbard apparently clouded Mrs. Clinton’s reason and blinded her to U.S. defamation laws. She resorted to a damaging whisper campaign founded on lies, and when presented with the opportunity to retract her damaging remarks, she refused. Rep. Gabbard must defend her good name and hold Mrs. Clinton responsible. This lawsuit intends to do just that.”

It is incredibly difficult to win a defamation suit in the U.S., especially as a public figure, because the plaintiff would have to prove negligence or actual malice.

How Internet Shutdowns Became a Weapon of Repression

Activists Are Now Teaching Women How to Have Abortions at Home