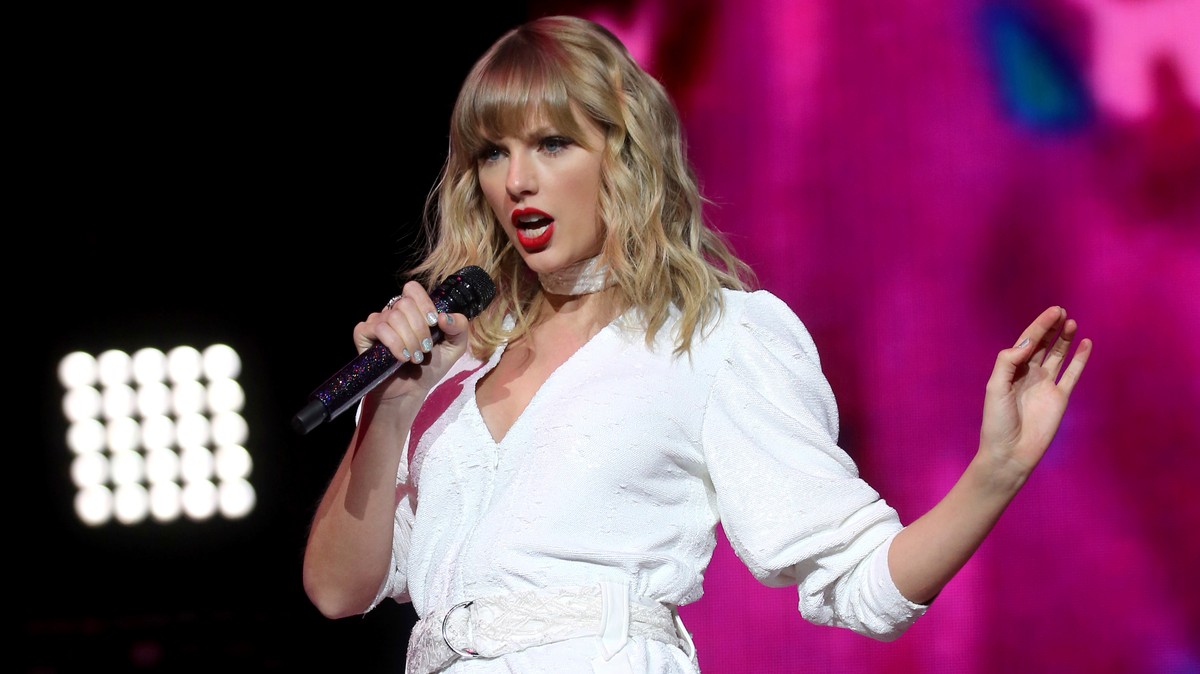 First she pleaded with family and friends. Then she pored over the details of the government’s slow-moving coronavirus aid package, which didn’t seem to help her. She called the credit card issuers and insurance providers she hoped would cut her a break.

Then, after a month of being unemployed from her cosmetology gig at a nursing home in Elkton, Maryland, and as her April bills came due, Kaitlin Galbraith, 32, reached out to someone she knew had the means to help her in the midst of a coronavirus pandemic.

She tweeted two photos of her adorable dogs at Taylor Swift.

“PLEASE HELP!lost my job 2 weeks ago bc the virus.cant collect unemployment in MD yet bc Im a contracted cosmetologist at nursing homes & site not updated.low on food,4 Fur babies to feed,rent,car& insurance due. Im goin to lose everything I worked so hard for. Cashapp: $kaitlin287,” she wrote.

With that, Galbraith, a freelance cosmetologist, joined a growing, panicked pool of people pleading directly to YouTubers, social media personalities, financiers, celebrities, and other total strangers for money.

In a 24-hour span, Galbraith tweeted her Cash App handle to Swift; Bill Pulte, grandson of the home-building scion and self-described “Twitter philanthropist”; Jeffree Star, the makeup artist; Jennifer Lopez; and YouTubers Tana Mongeau and Logan Paul. Sometimes her pleas were unprompted. Other times they were sparked by a minor celebrity announcing they’d wire cash to a lucky follower.

“It makes you feel like crap, but there’s nothing you can do,” Galbraith said. “I’ve always been independent. It just feels like I’m begging people for money.”

While Galbraith hasn’t gotten help from any celebrities yet, about eight strangers recently sent her just enough money to continue renting a room in a house, which she pays $100 for each week. In the meantime, she’s trying to find work at local hospitals soon to be overwhelmed with coronavirus patients.

The coronavirus pandemic has left the U.S. economy at a standstill, with most nonessential businesses completely shut down since cities and states needed to enforce social distancing. As a result, millions of Americans like Galbraith have attempted to complete the arduous process of filing for unemployment in recent weeks, overwhelming state agencies — and in some instances even delaying benefits — to get a sliver of the cash they’re currently missing.

While government agencies play catch-up, bills can’t wait. So people are attempting to supplement their lost incomes by tweeting their Cash App and Venmo handles at people like Star, the beauty magnate, or Pulte, who also owns a private equity firm. The unlikely pair teamed up to offer $30,000 to one person following them both on Twitter last week. Others reach out to pop stars like Swift and Ariana Grande, both of whom have quietly wired money to fans in need. Some pile onto lesser-known, shady accounts that say they’ll give money to fast followers.

“I will be giving out money today to many people today, who show that they really need it,” Pulte wrote on Twitter last week, garnering more than 62,000 responses. “Times are Tough, and your favorite Philanthropist is by your side. Videos are best, but DROP YOUR CASH APP BELOW and show why you need it (if you feel comfortable.)”

And again, on Wednesday, he tweeted: “Drop your cash app, going to try to help out many people on here today.”

And when Star chimed in — tweeting Wednesday that he’d give $5,000 to three people who retweeted and followed him — the feedback was equally frenzied. Some Twitter users responded that they were out-of-work parents struggling to feed their kids, pregnant women on the verge of eviction, or sick people without medication. A few people shared photos of bare fridges.

Christy Lodge, a 28-year-old server at a bar in Tampa, Florida, that recently shut down, said she heard from other restaurant workers that sending her Cash App information to people like Pulte might help her make up for lost wages. She recently spent the last of her savings to put $800 toward rent, still leaving her $300 short. While evictions are effectively on pause in cities and states across the country, Lodge said her landlord still threatened her with late fees of $100 every five days she fails to make her rent in full.

So she’s spending her time tweeting at Pulte and Star for help.

“Cash app $ChristyLynn111 still have no help and no food at all, I’m starting to go crazy cuz I have nothing to eat,” she wrote to Pulte on Twitter Tuesday.

Someone finally sent $5 to her Cash App the other night after days of her posting her handle to Twitter, she said. But most of the time, her efforts just result in direct messages from random guys, or people trying to scam her into providing her personal banking information, she said.

“I’m going to keep trying to until I can get somewhere,” Lodge said. “I have two ramen noodles in my cabinet, and I’m trying not to even eat because I’m more worried about rent more than I am anything else.”

Trey Ladden, a 22-year-old in Fairfax, Virginia, also lost his restaurant server job about a week ago, he said. His boss sent around information about how to file for unemployment insurance, which Laden is currently in the “long process” of accomplishing. In the meantime, tweeting at Pulte and Frederick Joseph, another online personality, philanthropist and marketer, seemed like a reasonable fix.

“I kind of just saw them through Twitter and saw they were helping people and thought I may give it a chance. It’s my first time even hearing about it,” Ladden said. “I think it’s amazing that all these celebrities are helping random people they don’t even know. But the government should be doing even more for us.”