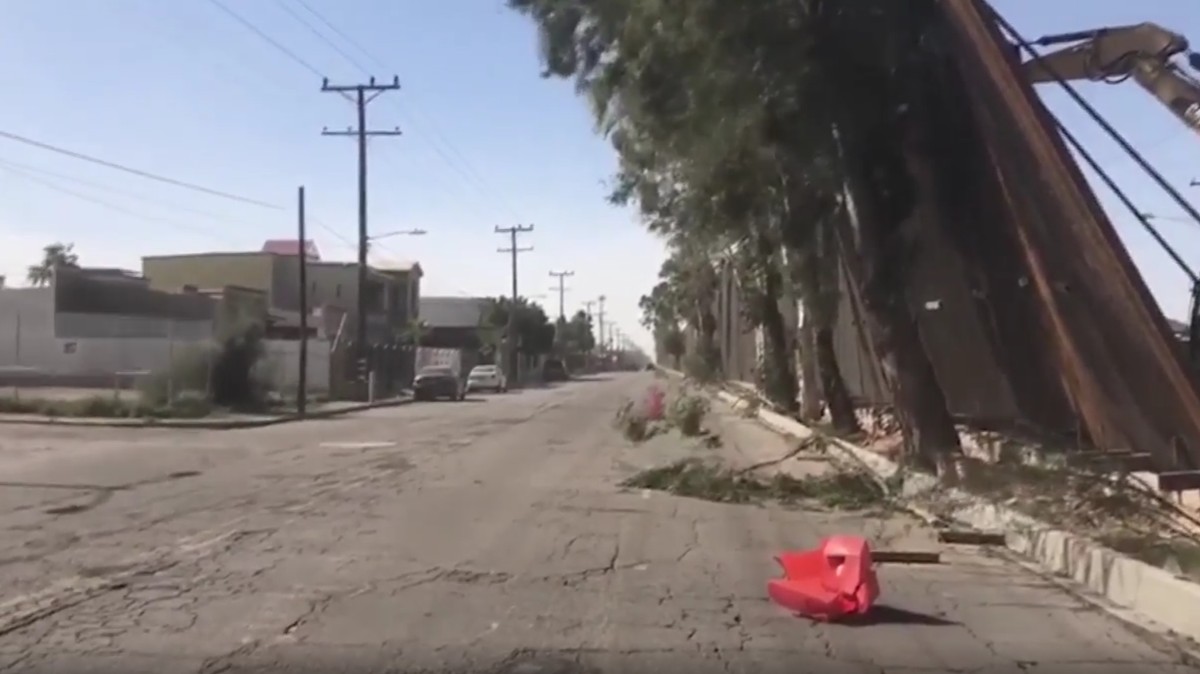 Welcome to the wind resistance.

On Wednesday, high winds resulted in several concrete panels on the border wall, which had recently been installed and hadn’t fully dried, falling over from the California side into the Mexican side, according to CNN.

Police in Mexicali said that the portion of the wall, which is 130 feet long, fell over the border and onto some trees shortly before noon PT Wednesday, according to KYMA. Winds in the area hit as high as 37 mph that day, according to the National Weather Service.

Customs and Border Protection agent Carlos Pitones told CNN that the wall sections that toppled had recently been placed in a new concrete foundation, which hadn’t completely set when the wind hit. “We are grateful there was no property damage or injuries,” Pitones told CNN.

READ: All It Takes Is a $100 Saw To Cut Through Trump’s Big Border Wall

Building a border wall was one of President Donald Trump’s key campaign promises back in 2016, but over the past few years, the issue has been nothing but a headache for the administration. Smugglers have reportedly been using $100 saws to cut through sections of it, while others have figured out how to climb around the wall’s “anti-climb panels,” Trump administration officials and agents told the Washington Post last November.

Earlier this month, the administration announced it had crossed the threshold of more than a hundred miles of wall being built. At least 90 of those miles were replacing existing wall, although officials continue to insist that’s “new wall.”