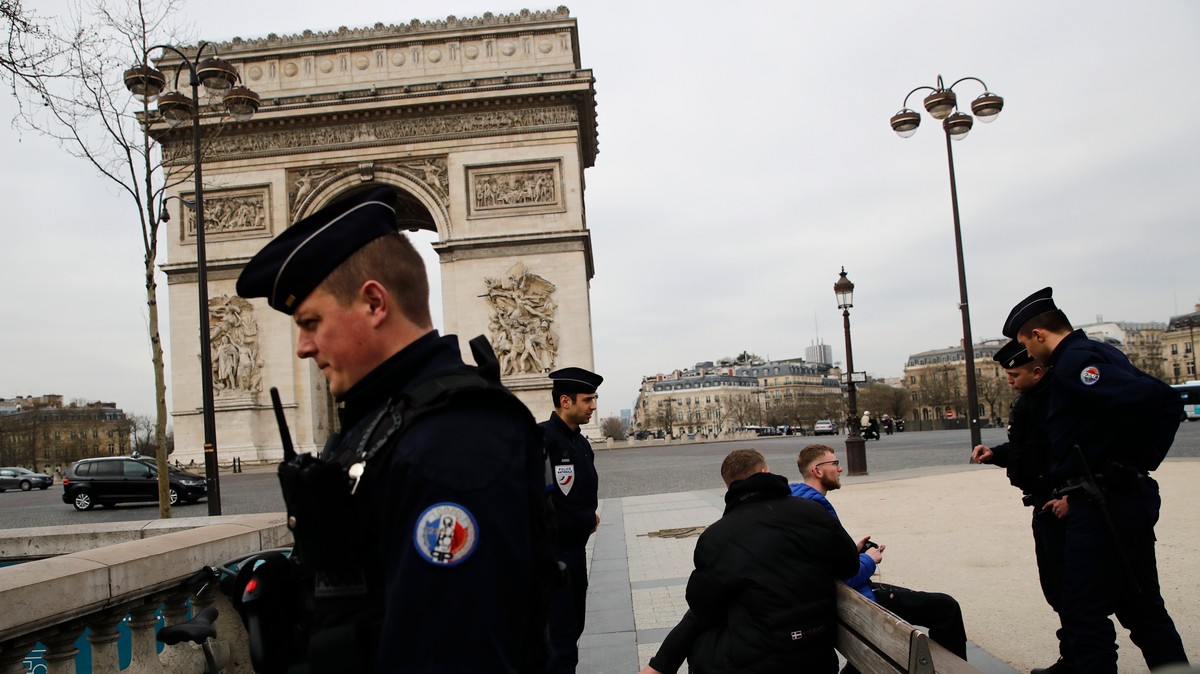 From midday Tuesday (7 a.m. ET), French residents are forbidden from leaving their homes except for essential trips, such as to buy food or medicine, or for necessary travel for work. The measures will last for at least 15 days, and will be enforced with fines of up to 135 euros ($151).

“We are at war,” he said. “We are not fighting against an army, or another nation. But the enemy is here. It is invisible, elusive and it is progressing. And this requires our general mobilization.”

READ: Italy may soon be forced to stop treating coronavirus patients over 80

France had already shuttered all bars, restaurants, and shops deemed “non-essential,” along with all nurseries, schools and universities. But Macron said those measures had proved insufficient, as the number of infected people continued to surge: France has recorded 148 deaths from COVID-19, the third-highest in Europe, with 6,655 confirmed infections.

“Even while medics were warning about the gravity of the situation, we saw people get together in the parks, busy markets and restaurants and bars that did not respect the order to close,” he said.

“There can be no more outside meetings, no more seeing family or friends on the street or in the park.”

To enforce the lockdown, fixed checkpoints will be set up across the country. In other emergency measures, the French military will move coronavirus patients from overwhelmed regions to other parts of the country, and a military hospital with 30 intensive-care beds will be established in Alsace, one of the hardest-hit regions.

The government will also guarantee billions in loans to businesses, and suspend rent and utility bills to help them survive the economic impact of the crisis.

“No French company, whatever its size, will be exposed to the risk of collapse,” Macron said, promising “unlimited” state aid for businesses.

The French decrees came amid a raft of radical restrictions announced across Europe Monday, as the Continent weathers the pandemic. On Monday night, European Commission President Ursula von der Leyen said the EU was planning to impose a ban on non-essential travel into Europe.

READ: How to stop your boomer parents from spreading fake coronavirus news

The proposed ban, which von der Leyen will ask European leaders to implement Tuesday, would last for 30 days initially but may be extended. European Union citizens and permanent residents, family members of EU nationals, diplomats, doctors and medical researchers would be exempted, she said.

“The less travel, the more we can contain the virus,” she said. “We think non-essential travel should be reduced right now in order to not spread the virus further, be it within the EU or by leaving the EU.”

Elsewhere on the Continent, German Chancellor Angela Merkel said her government would impose a ban on all travel “domestically or abroad” except for urgent work trips, and would close bars, museums, cinemas and non-essential shops. A number of other countries declared states of emergency Monday, including Switzerland, Finland, and Romania.

Police officers talks to tourists on the Champs-Elysees avenue Tuesday, March 17, 2020 in Paris. French President Emmanuel Macron announced strong restrictions on freedom of movement in a bid to counter the new coronavirus, as the European Union closed its external borders to foreign travelers. (AP Photo/Christophe Ena)

Americans Do Not Believe What Trump Says About Coronavirus: Poll

The White House Is Asking Millennials — Yes, You — to Stay Home to Stop Coronavirus