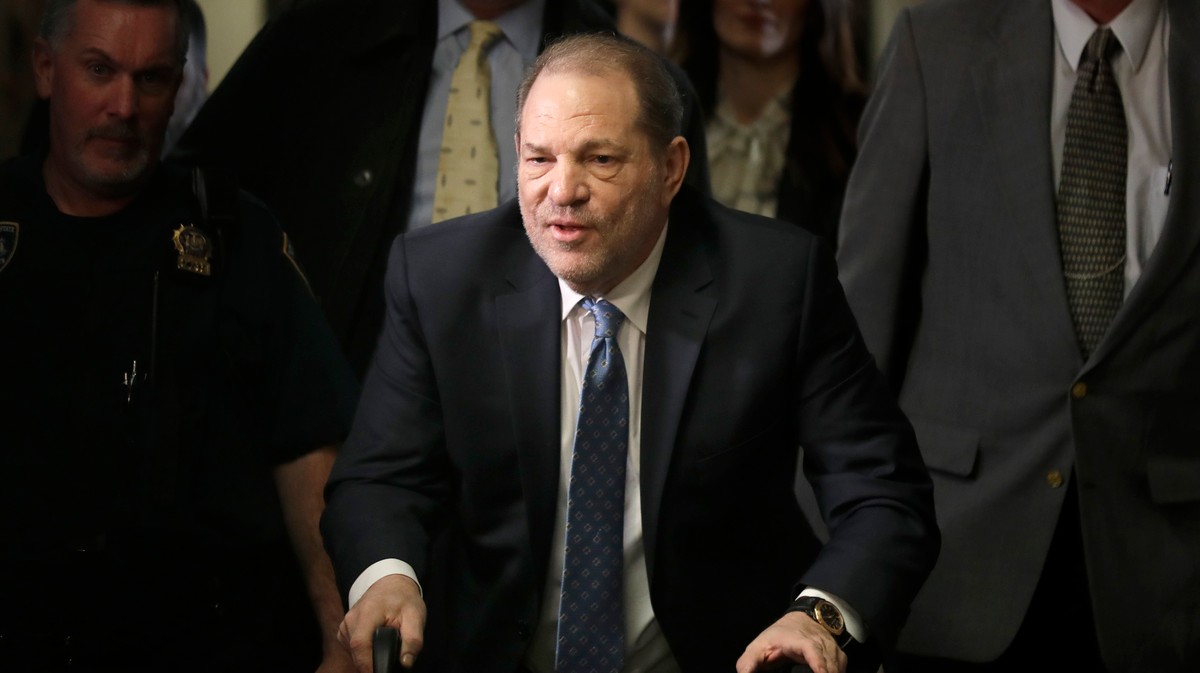 Harvey Weinstein may officially be a convicted rapist, but his trial’s legacy, and the litigation over his fate, is far from settled.

On Monday, a Manhattan jury convicted Weinstein of a criminal sexual act in the first degree and third-degree rape. Though Weinstein escaped the most serious charges, which could have landed him behind bars for life, the criminal sexual act charge carries a maximum penalty of 25 years in prison.

Manhattan’s district attorney is claiming victory in the case, which used an innovative legal strategy to illustrate Weinstein’s history of abuse, but the disgraced movie mogul still has to contend with a bevy of civil and criminal cases.

The fallout from his conviction could not only affect his own future, but those of other famous men accused of sexual misconduct — or who perhaps shielded the accused from consequences.

In Weinstein’s trial, prosecutors used a strategy that’s already gotten results in the post-#MeToo era: having other accusers take the stand to paint a famous man as a serial sexual predator.

In 2018, when Bill Cosby was on trial in 2018 for sexually assaulting one woman, prosecutors had five more take the stand to testify against him. The Weinstein prosecutors followed that model; though the charges against Weinstein were largely linked to encounters with just two women, four others also testified that the former Hollywood power broker had sexually assaulted them.

Given that the strategy has worked in such high-profile cases, other prosecutors may try to emulate it. But not every state is so amenable to the idea of calling witnesses who can speak to a defendant’s so-called history of “bad acts.” In New York, for example, prosecutors’ ability is relatively restricted.

The court battles aren’t over

On the first day of Weinstein’s criminal trial in New York, prosecutors on the other side of the country announced that they’d like to take a crack at the fallen producer: The Los Angeles County district attorney charged Weinstein with raping one woman and sexually assaulting another in two separate incidents, which allegedly took place over the course of just two days in February 2013.

Despite Weinstein’s conviction, prosecutors in the Golden State are moving forward. “We are definitely proceeding,” one told New Yorker reporter Ronan Farrow Monday.

In total, Weinstein is now facing four felony sex crimes in California. If he’s convicted as charged, he could spend up to 28 years in state prison.

Weinstein is also facing several civil lawsuits. Although those types of cases are typically put on hold while criminal proceedings unfold, the Weinstein Company has moved forward with a reported multimillion-dollar settlement involving Weinstein’s accusers. That settlement is not yet finalized, Reuters reported earlier this month.

Weinstein’s lawyers could seek to frame his conviction as irrelevant to any separate allegations of misconduct. But, at least in New York state, a plaintiff can try to bring it up in a civil lawsuit. (At least one civil suit against Weinstein is unfolding in New York.)

“Weinstein’s convictions would likely feature front and center in a complaint as relevant to the plaintiff’s claims, despite the possible lack of direct connection,” Heidi Reavis, managing partner of Reavis Page Jump LLP, a law firm that handles workplace sexual harassment claims, wrote in an email.

While Weinstein is set to be sentenced on March 11, his lead defense attorney, Donna Rotunno, has promised to appeal the New York verdict.

“Harvey is very strong,” Rotunno told reporters outside the courthouse. “Harvey is unbelievably strong. He took it like a man. He knows that we will continue to fight for him and knows that this is not over.”

Later, Rotunno announced that Weinstein had been hospitalized for heart palpitations and high blood pressure.

People are pissed at Manhattan’s DA

Manhattan District Attorney Cyrus Vance, Jr. has spent years fending off protests and calls to resign over his handling of rich and powerful men accused of sex crimes — including Harvey Weinstein, who Vance declined to prosecute in 2015.

After the verdict Monday, New York public defender Eliza Orlins denounced Vance as having “coddled Harvey Weinstein for years,” while New York City councilmember Carlina Riveria said Weinstein’s conviction would’ve happened in 2015 if not for Vance dropping the case. Moira Donegan, the creator of the “Shitty Media Men” spreadsheet, also called for Vance to be replaced.

In 2015, law enforcement recorded Weinstein pressuring Ambra Battilana Gutierrez to go into his hotel room while he showered. On the recording, Gutierrez, who’d told police that Weinstein had groped her, can be heard asking Weinstein why he’d touched her breast. Weinstein then immediately urges her to go into the hotel room.

“I’m used to that,” Weinstein says, apparently in reference to the groping. “Come on. Please.”

“You’re used to that?” Gutierrez asks.

On Monday, Vance celebrated the verdict in a speech where he thanked and praised the women who came forward to testify against Weinstein.

“Rape is rape, whether it’s committed by a stranger in a dark alley or by an intimate partner in a relationship,” Vance said. “It’s rape, whether it’s committed by an indigent person or a man of immense power, prestige, and privilege. Rape is rape whether the survivor reports it within the next hour, within a year, or never at all. It’s rape, despite the complicated dynamics of power and consent after an assault.”

Vance’s office also asked a judge to reduce Jeffrey Epstein’s sex offender status to a lower classification and failed to convict French diplomat Dominique Strauss-Kahn after he was accused of sexual assault.

Vance hasn’t publicly announced whether he’ll seek re-election against a burgeoning field of challengers. He ran unopposed in the general election in 2017.