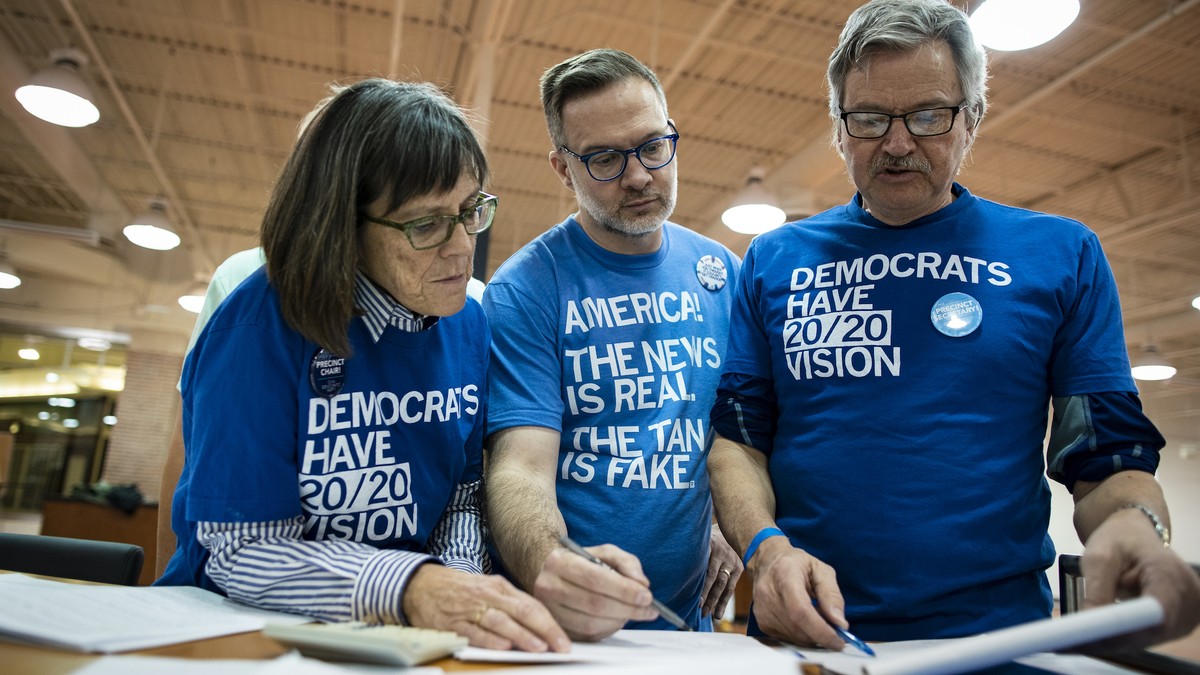 What broke the Iowa caucus? The answer, it seems, is an app.

The Iowa Democratic Party contracted with a firm called Shadow Inc. to build an app to help caucus chairs count and report results to the state party. Given new rules mandating that three different vote totals be released at the same time, the app was viewed as an easier alternative to reporting numbers by phone from nearly 1,700 locations around the state.

That did not happen. Because so many precinct chairs couldn’t get the app to work or bypassed using it altogether in favor of calling results in, phone lines were overwhelmed, leaving some caucus officials on hold for over an hour.

And so for the third time in recent memory, the Iowa Caucus is experiencing a systemic failure. This comes two cycles after Mitt Romney was incorrectly called the winner of the Iowa Caucus over Rick Santorum in 2012, and the disputed 2016 caucus ended in a virtual tie between Bernie Sanders and Hilary Clinton, setting off recriminations that led to the more complicated system that failed Monday night.

What is this app?

Shadow Inc. was formed after the progressive digital nonprofit ACRONYM acquired the company Groundbase, according to a January 2019 tweet from ACRONYM founder Tara McGowan.

ACRONYM spokesman Kyle Tharp described the organization as an “investor” in Shadow in a statement Monday.

READ: And the biggest loser of the Iowa caucus is … Iowa

Shadow says it’s run by veterans of the Obama and Clinton campaigns as well as companies and groups such as Apple, Google, the AFL-CIO, and the Democratic National Committee. The company calls itself “Shadow” because, according to the website, the company sees itself as building a long-term, side-by-side “Shadow” of tech infrastructure to the Democratic Party and the progressive community at large.

The company has worked with multiple state parties as well as campaigns. The Iowa Democratic Party paid Shadow, listed at a Washington D.C. address, $44,666 in November and another $18,517 in December, according to Iowa state campaign finance reports. The company has also taken a $58,000 payment from the Nevada State Democratic Party, according to filings with the Federal Election Commission.

Nevada is reportedly using the same app in its caucus on February 22; the Nevada Democratic Party did not immediately respond to a request for comment.

The company has also done work for the campaigns of former South Bend, Indiana mayor Pete Buttigieg, former Vice President Joe Biden, and Sen. Kirsten Gillibrand, as well as the Texas and Wisconsin Democratic parties and the labor union-backed super PAC For Our Future, according to FEC filings.

The app was “quickly put together in just the past two months” and wasn’t “properly tested at a statewide scale,” according to the New York Times. There was also no app-specific training for precinct chairs, the Times reported.