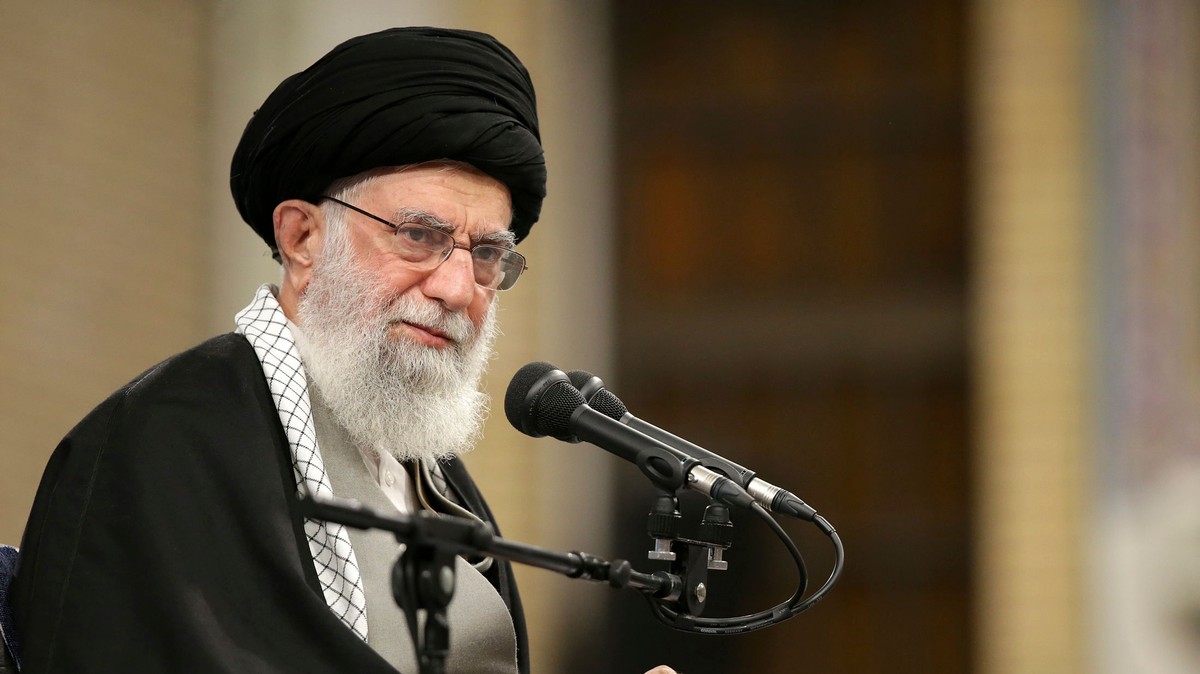 Iran’s supreme leader said Wednesday morning that his country had dealt a “slap in the face” to the U.S. with missile strikes against two military bases in Iraq but warned that the attack was “not sufficient” response to the assassination of one of its most powerful generals.

Ayatollah Khamenei, in an address broadcast live on state television from the holy city of Qom, said incremental military actions against the United States alone were not enough and ultimately Tehran wanted U.S. military removed from the region entirely.

“What matters is that the presence of America, which is a source of corruption in this region, should come to an end,” he said.

Khamenei’s comments came hours after Iran had launched more than a dozen missiles at two military bases in Iraq housing U.S. troops as well as other coalition forces. The Pentagon has yet to say what damage was caused by the missile strikes, but Iraqi and coalition partners have reported there were no casualties.

The attack could potentially mark a major escalation between the two longtime enemies, but within minutes of the missiles being launched, President Donald Trump appeared to deescalate the situation.

“All is well” Trump tweeted, adding “so far, so good” and that he would make a full statement on Wednesday morning.

“We do not seek escalation or war, but will defend ourselves against any aggression,” Zarif added.

The Islamic Revolutionary Guards Corps (IRGC), of which Soleimani was a member, warned the U.S. and its allies not to respond to the attack.


“We are warning all American allies, who gave their bases to its terrorist army, that any territory that is the starting point of aggressive acts against Iran will be targeted,” the group said in a statement carried by Iran’s state-backed IRNA news agency.

Just before 2 a.m. local time on Wednesday morning (7.30 p.m. ET Tuesday) missiles were launched from Iran targeting the Ain al-asad air base, west of Baghdad, and the Irbil air base in northern Iraq.

READ: Congress could take back Trump’s power to wage war. But it won’t.

The U.S. said that 15 missiles were launched against air bases in Iraq, while Iraqi authorities said that 22 missiles were fired during a 30-minute window on Wednesday morning.

A Pentagon spokesperson confirmed that 10 missiles struck the Ain as-asad air base while just one hit Irbil. Four other missiles failed to reach their targets. Two Iraqi security officials told AP that at least one of the missiles appeared to have struck a plane at the Ain al-asad base, starting a fire.


Hayder Hamzoz of the Iraqi Network for Social Media posted pictures showing one of the missiles that missed their target, landing in the village of Hitan, 25 miles from the Ain al-Asad airbase.

The Ain al-asad air base, which currently houses around 1,500 U.S. and coalition troops, was first used by American forces after the 2003 war that toppled Saddam Hussein. Later it housed U.S.-led coalition troops to fight against ISIS in Iraq and Syria.

The attack came just hours after Soleimani was buried in the city of Kerman, where he was born. The burial was delayed by several hours following the deaths of 56 people in a stampede at a funeral procession.