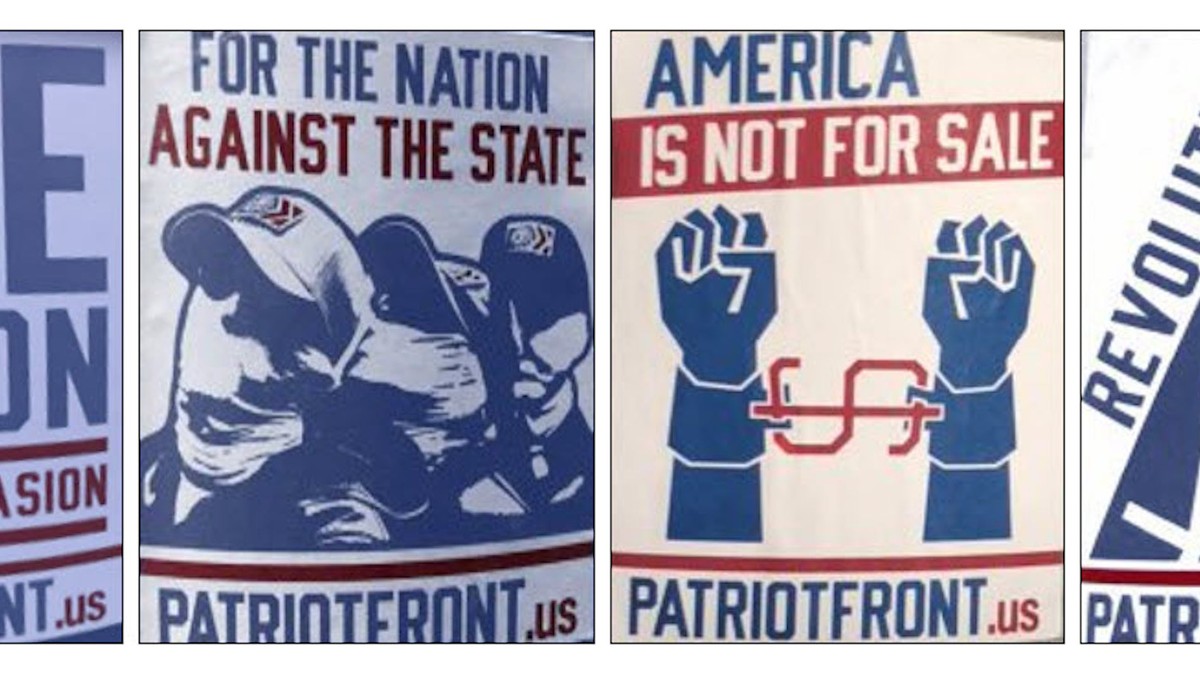 Fliers with pictures of bald eagles and women draped in American flags, carrying messages like “Defend America!” “America is not for sale,” and “Embrace Your Identity,” have been showing up on college campuses across the country at an alarming rate — nearly doubling in one year.

On first impression, the highly-stylized leaflets might not immediately jump out as white nationalist propaganda. That’s by design, and a key recruiting strategy of youth-oriented white nationalist groups who mask their ugly agenda through patriotic iconography, and have sought to drum up name recognition among white, male college students by leaving their propaganda on campuses.

A new report by the Anti-Defamation League found that such efforts on college campuses nearly doubled in 2019 compared to the previous year. ADL counted 630 incidents of white nationalist propaganda on 433 different college campuses in 43 states plus D.C. in 2019, making up about a 25% of white nationalist flyering efforts overall. Most campuses (90%) were only targeted once or twice, and efforts were not limited to any particular region: The states where flyering was most prevalent were California, Texas, New York, Massachusetts, New Jersey, Ohio, Virginia, Kentucky, Washington, and Florida.

The majority of white nationalist propaganda on college campuses (59%) were from a group called Patriot Front, which was founded in August 2017 after the violent Unite the Right rally in Charlottesville. Its members broke away from Vanguard America, a neo-Nazi organization that found itself in the spotlight after Charlottesville when one of its alleged members, James Alex Fields Jr., drove into a crowd of protesters, killing one and injuring dozens (he’s now serving life in prison on federal hate crime charges).

American Identity Movement (formerly “Identity Evropa”), which was founded in 2015, was responsible for about 30% of campus fliering incidents last year, according to ADL. The group rebranded after its members were seen marching alongside hardcore neo-Nazis in Charlottesville chanting things like “Jews will not replace us.” They traded in their former Greco-Roman aesthetic for Americana, and even switched up the group’s logo.

Charlottesville was a major turning point for the far right. Many of its organizers, up against countless lawsuits and financial troubles, have since faded from the public eye. Some factions went deeper underground, gathering on alternative social media sites where they trade in increasingly violent rhetoric, seek out real-world paramilitary skills, and encourage lone-wolf domestic terror attacks around the world. And others like Patriot Front and American Identity Movement zeroed in on “optics” — presenting a sanitized image to the rest of the world, with the goal of getting a foothold in the mainstream.