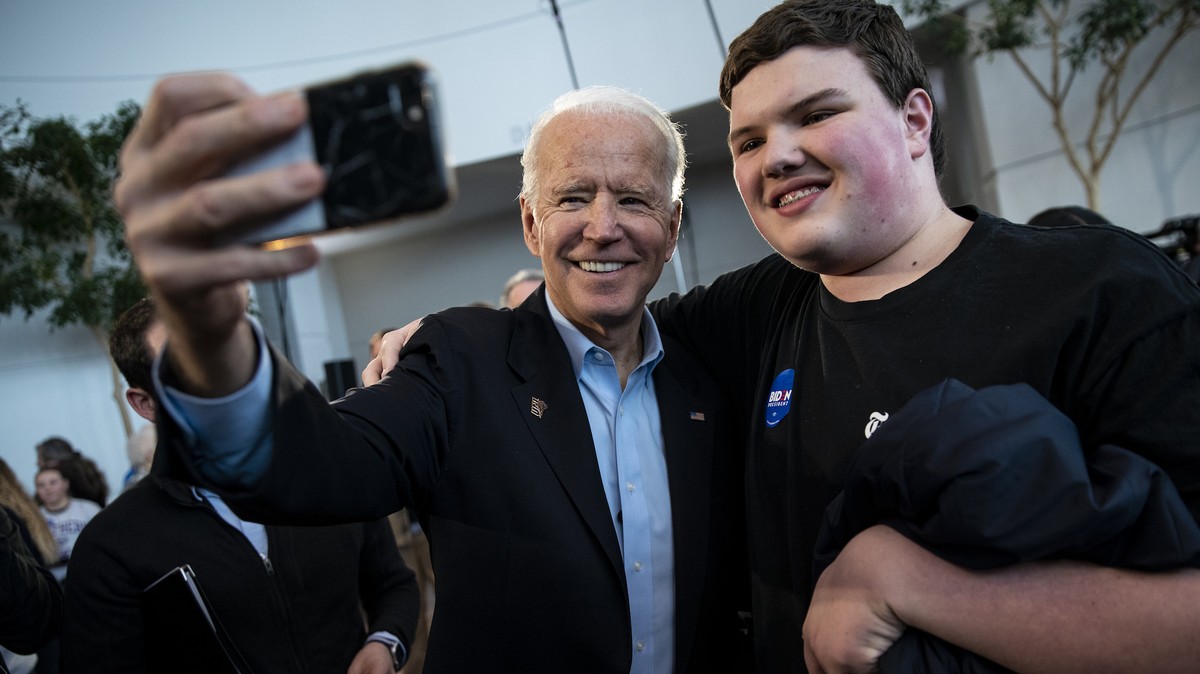 MARION, Iowa — Former Vice President Joe Biden’s closing argument in Iowa is the same as his opening one: I’m your best hope to beat President Trump.

As he traverses the eastern part of the first state to cast votes in the Democratic primary, Biden is largely ignoring Democratic competitors — even those polling ahead of him in Iowa — in favor of pitching his ability to defeat Trump.

“The next president is going to have to be ready on Day One,” he said at a town hall attended by a few hundred people here at the Prairie Hill Pavilion on Monday afternoon. “There’s no time for on-the-job training.”

“The character of the nation is literally going to be on the ballot this time around,” he said earlier at a town hall in Cedar Falls.

That message, it turns out, appears to be predominantly why Iowa voters are turning out for his events, even if he isn’t their top choice.

“There’s any number of candidates. None of them is perfect. But which one is best and who can beat Donald Trump? That’s all we really care about.”

“There’s any number of candidates. None of them is perfect. But which one is best and who can beat Donald Trump? That’s all we really care about,” said undecided voter Mike Barron, 72, who drove from Iowa City with his wife, Kay, to see Biden in Marion.

David Haugebak, 69, who attended the Cedar Falls event with his wife Karolyn, deadpanned when asked about his top issue: “Not Biden. Trump.”

“It would be a disaster, like they said, if there was another term, and so we want to get a Democrat in there and seems like he’s got the experience and, like he said, knows how to fix it,” he said.

The overwhelming sentiment from Democratic voters VICE News spoke to echoed a singular focus: They want Trump out.

“Every time the name Donald Trump came out of his mouth or the subject, everybody was murmuring, ‘Anything is better,’” said Jody Murphy, 49, who lives and works in Marion.

Murphy described herself as a “strong” Biden supporter because he is the “best candidate to win and unite the country.”

She’s not worried about the attacks that Biden has sustained in recent months from President Trump, who regularly criticizes both the former vice president and his son Hunter.

“Actually, I think it puts more of an emphasis on Biden, and so, like I heard before, Biden is renting out space in Trump’s head,” Murphy said. “I really believe it might benefit Biden more and hey, it is free advertising!”