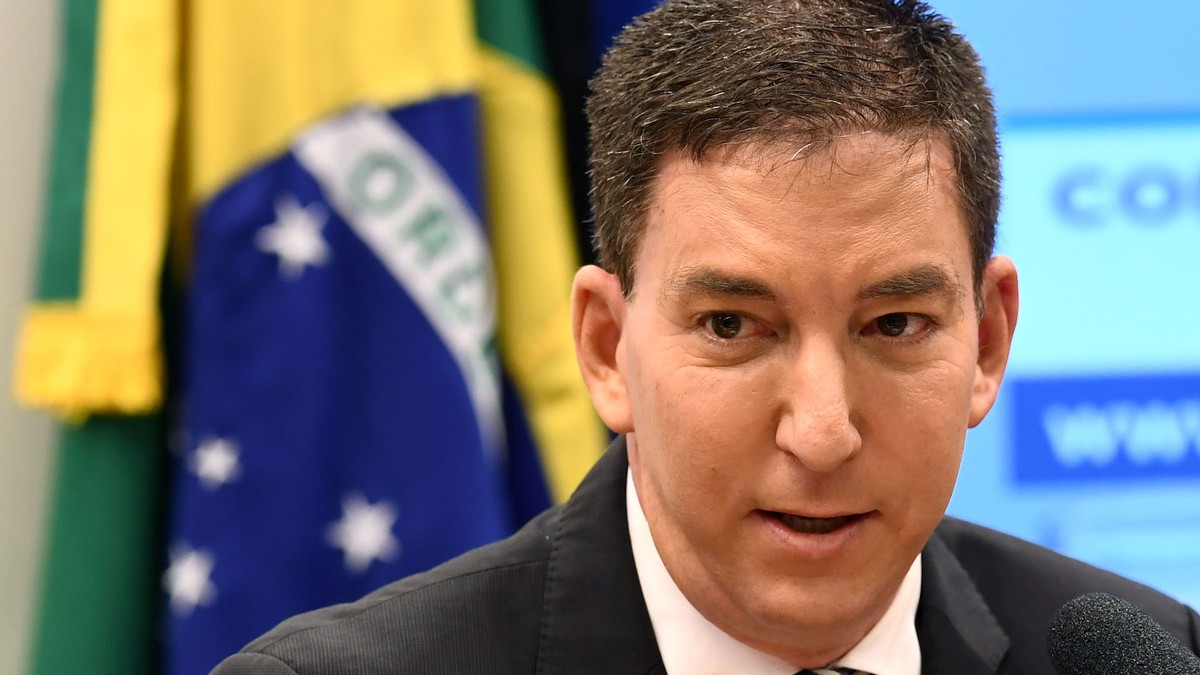 The Brazilian government has long tried to shut up Glenn Greenwald for committing acts of journalism, like an investigation last summer that implicated high-ranking government officials in corruption.

But prosecutors in the country took their efforts to a new level on Tuesday with hacking charges. Press freedom groups fear the allegations are an attempt to criminalize routine reporting methods.

Officials in Brazil’s Public Ministry allege that Greenwald’s attempts to coax information out of sources and coach them on covering their tracks made him part of a “criminal organization” that hacked public officials’ phones. The information those sources gleaned from private chats and documents exposed the shady dealings of an anti-corruption task force that helped pave the way for President Jair Bolsonaro’s rise.

The charges fit within a larger pattern of Trumpian antagonism toward the news media from Bolsonaro. A spokesperson for The Intercept, Greenwald’s publication, condemned the legal action as a “blatantly politically motivated” attack in a statement to VICE News Tuesday.

“The Bolsonaro government has repeatedly made it clear that it does not believe in basic press freedoms,” Rodrigo Brandão said. “Today’s announcement that a criminal complaint has been filed against Intercept co-founding editor Glenn Greenwald is the latest example of journalists facing serious threats in Brazil.”

It’s also a sign that democratically elected governments including in the U.S. are growing more comfortable cracking down on journalists for publishing information originally obtained illegally, even if it’s in the public interest. The pressure effectively criminalizes much of the work that Greenwald and other investigative reporters produce.

In a statement on Tuesday, Greenwald — who lives in Brazil with his husband — painted the allegations as retaliation for The Intercept’s investigations.

“We will not be intimidated by these tyrannical attempts to silence journalists,” he said.

The charges came months after a 10-part Intercept series that suggested that an investigation into Bolsonaro’s predecessor was a sham. The exposés, Greenwald and his colleagues wrote in June, were “based on a massive archive of previously undisclosed materials — including private chats, audio recordings, videos, photos, court proceedings, and other documentation — provided to us by an anonymous source.”

Ensuing revelations reached as high as the Minister of Justice’s office and suggested government officials misused their power for political ends. They sent shockwaves through the political establishment and drew denunciations from Bolsonaro, who’s earned comparisons to Trump.

Authorities in the country subsequently investigated Greenwald’s reporting practices but found no wrongdoing. And a Brazilian Supreme Court judge subsequently argued in August that similar inquiries would be unconstitutional.

“The evidence cited today by Brazil’s Public Ministry is the same that was rigorously analyzed by the country’s Federal Police, leading the agency to conclude that Greenwald did not commit any crimes in his contacts with the alleged source of our Secret Brazil Archive stories,” added Brandão, The Intercept spokesperson.

Nevertheless, federal prosecutors’ new charges contend that Greenwald did more than just receive sensitive materials in the course of his reporting, per The New York Times. Instead, they claim he played a “clear role in facilitating the commission of a crime” by allegedly communicating with sources while they were monitoring public officials’ private conversations and advising them on how to protect their identities, including by deleting archives of information.

Many of those techniques are common in investigative reporting, as is the publication of information obtained through unlawful means. Greenwald’s Pulitzer Prize-winning investigation on mass surveillance by the National Security Agency in 2013 was similarly fueled by a source who allegedly stole government documents: Edward Snowden.

The American government has trotted out similar legal arguments in clamping down on these government employees-turned-sources in the past. The Obama and Trump administrations have ramped up these prosecutions to historic levels under a dated law aimed at spies: the 1917 Espionage Act.

Snowden’s prosecution under the century old statute was perhaps the most high-profile case before last year, when the Justice Department indicted WikiLeaks co-founder Julian Assange. The charges revolved around interactions between Assange — who occupies a grey area between hacker and journalist — and former Army intelligence analyst Chelsea Manning, who passed along troves of classified information related to U.S. wars in Iraq and Afghanistan.

Similar to Greenwald’s charges in Brazil, the DOJ indictment against Assange centers on the way he allegedly solicited Manning for leaks and tried to protect her identity. Media organizations warned that the prosecution would set a dangerous precedent at home and abroad.

Snowden, who’s now president of the Freedom of the Press Foundation while on the lam in Russia, called the new allegations against Greenwald an “absolute red alert” on Twitter.

“Those who looked the other way because they personally disliked Julian Assange,” he added in comparing the two cases, “should reconsider where that road leads.”

Some Democrats Are So Desperate for Bolton to Testify, They’re Reportedly Willing to Trade for a Biden

Black Women Are Dying in Childbirth, and Democrats Are Finally Paying Attention