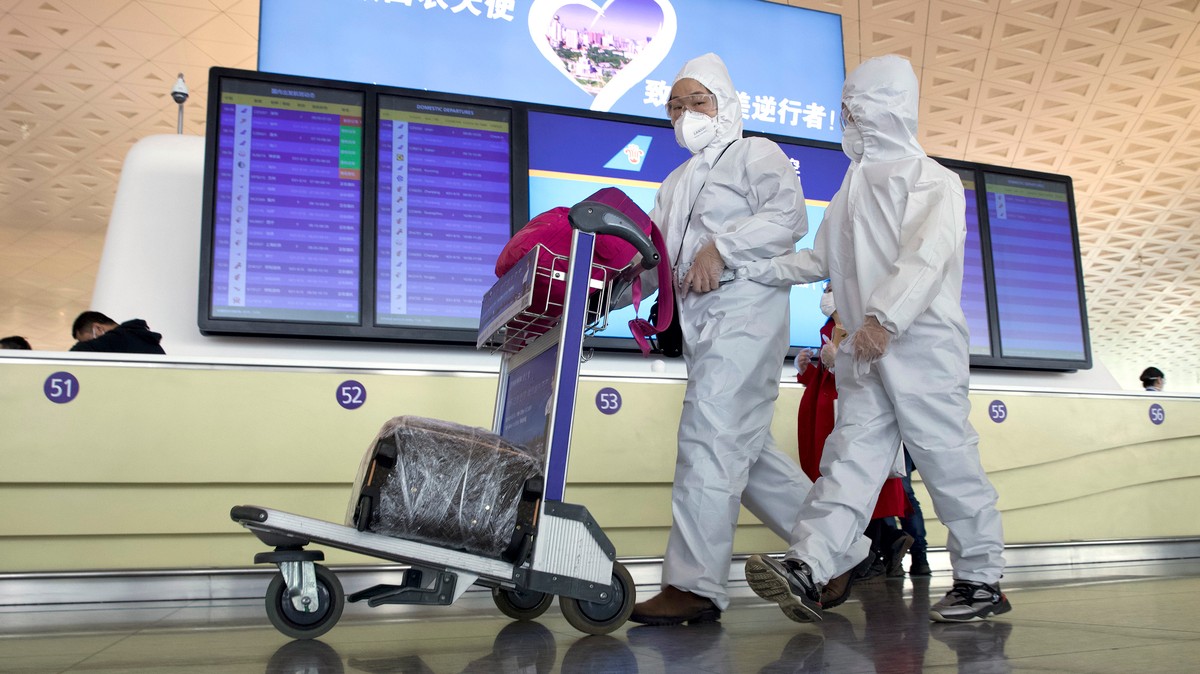 Chinese officials lifted the world’s first coronavirus lockdown Wednesday, sparking an exodus of tens of thousands of Wuhan residents who have been sealed off from the outside world for 76 days.

The central Chinese industrial hub of 11 million people has been under a strict lockdown since Jan. 23, as officials desperately sought to contain the virus that was first detected in the city in December, and has gone on to infect more than 1.4 million people worldwide. More than 50,000 people in the city caught coronavirus, and more than 2,500 died, accounting for about 80 percent of China’s total coronavirus deaths, at least according to Beijing’s official figures.

Chinese state media broadcast footage of officials reopening highways, allowing residents to leave the city for the first time in more than two months. More than 65,000 people left by train and plane alone within hours of the lockdown being lifted, the Associated Press reported.

The end of the lockdown, which at its peak saw people forcibly confined to their homes, was an emotional experience for many residents.

“I’m going to see my parents,” one traveller, Wang Wenshu told Reuters as she waited to check in at the city’s Tianhe airport.

“Of course I miss them. Stop asking me about it or I’m going to cry.”

READ: Wuhan’s crematoriums are filling with thousands of urns with coronavirus remains each day

Another resident, Tong Zhengkun, told the Associated Press he had not been allowed to leave his apartment complex for more than 70 days due to an outbreak in the building.

“Being indoors for so long drove me crazy,” he said as he watched the lightshow.

For 76 days, residents were only allowed to leave their homes to buy food or do essential tasks, while many in buildings with confirmed cases were forbidden to leave altogether. Restrictions have been gradually relaxed in recent weeks as the number of new cases dropped. On Wednesday, the ban on outbound travel marked the official end of the lockdown.

But that won’t spell a return to normality for Wuhan. Residents are still being urged to stay home as much as possible, and are required to use a government-approved color-coded smartphone app that uses their medical histories and cellphone tracking to prove they are healthy and haven’t recently come into contact with infected people. Only those with a “green” code, indicating they’re not a contagion risk, are allowed to move around or leave the city.

READ: The Chinese government has convinced its citizens that the U.S. Army brought coronavirus to Wuhan

Schools remain closed, and while the government claims most businesses have resumed operations, residents remain fearful of a new wave of infections once social interactions ramp up, with particular concern about the risks posed by asymptomatic carriers. Other Chinese cities and provinces are requiring Wuhan residents to undergo a two-week quarantine, or testing, to travel.

“We are acutely aware that we must not relax as we have not claimed final victory,” Hubei vice governor Cao Guangjin said at a news conference on Wednesday. “We need to remain calm, and be just as cautious at the end as at the beginning.”

While people throughout China welcomed the end of the lockdown, which quickly became the top trending topic on the Weibo social media platform, audiences outside China had less appetite for Chinese state media efforts to celebrate the city that’s become synonymous with the global health emergency.

The state-run People’s Daily, the ruling Communist Party’s flagship newspaper, swiftly deleted a tweet urging people to “Have a taste of Wuhan!” by trying the city’s “mouthwatering specialties,” after Twitter users highlighted it as tone deaf.