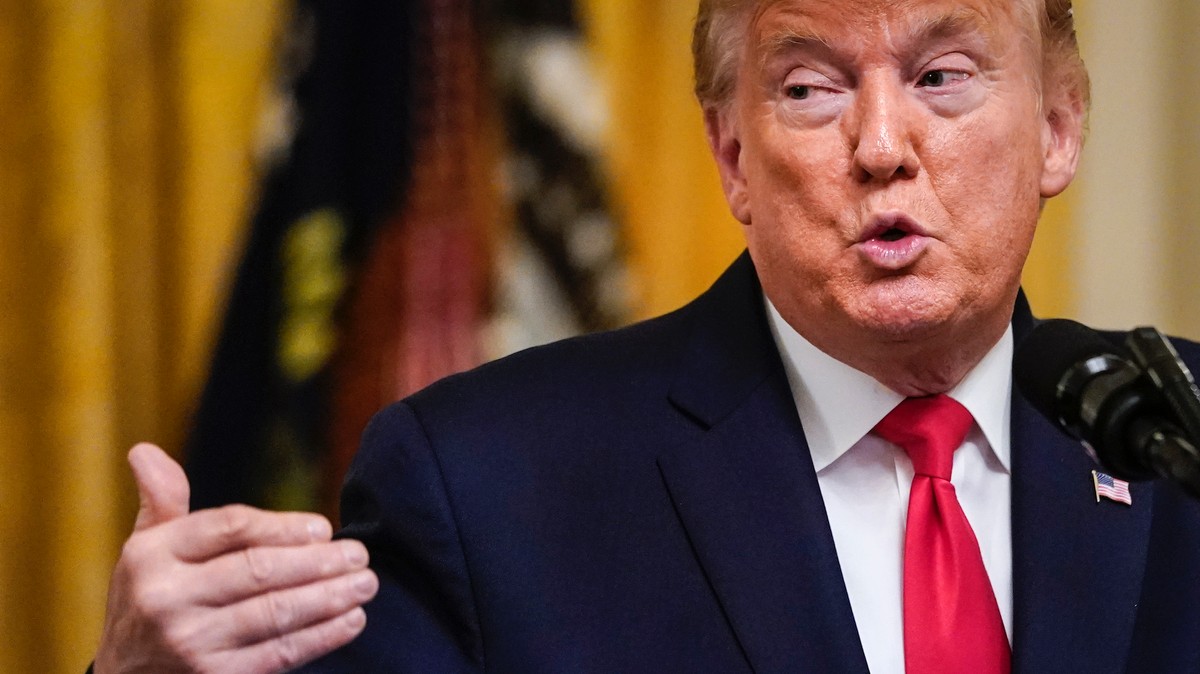 WASHINGTON — President Trump was even more blunt, crass, and unfiltered during a private dinner in 2018 at the Trump Hotel than he normally is in public.

While the big standout of the meal was his demand to fire the U.S. ambassador to Ukraine, his transactional approach to geopolitics, total lack of concern for helping America’s international allies, and openness to letting businessmen convince him to back specific policies that’d benefit them illustrates just how the leader of the free world operates behind closed doors.

It’s not always clear exactly who was there and who’s talking throughout the hour-plus dinner. Trump’s voice is clear, as are those of his son Don Jr., as well as Lev Parnas and Igor Fruman. But it’s crystal clear how Trump operates.

READ: Listen to Trump tell Lev Parnas to ‘get rid of’ the U.S. ambassador to Ukraine

Here are the five wildest things he had to say.

“How’s Ukraine Doing? … How long would they last in a fight with Russia?”

Trump grills Lev Parnas on how Ukraine is doing against Russia, clearly with some strong interest in the country — and almost no base of information.

“You think Russia ever goes in and gets Ukraine, or no?” he follows up.

The president then seems surprised the country has oil reserves.

“Ukraine has oil? Ukraine? How come they don’t have any money?” he asks. “Why aren’t the companies going in there? too risky?”

Then: “How long would they last in a fight with Russia?”

“I don’t think very long. Without us, not very long,” Parnas replies.

“Without us,” Trump responds, sounding like a thought is occurring to him.

A minute later: “Do they feel they’re going to be okay?”

“They feel like they’re going to be okay — if you support them,” Parnas says, in a bit of foreshadowing. Trump later held up $391 million in military aid to Ukraine, in what Democrats say was a bid to pressure the Ukrainian president to announce an investigation into his political rival Joe Biden.

President Trump spent months publicly railing about a caravan of migrants working its way up from Central America. His fear-mongering on the issue, relentless coverage from Fox News and a heavy ad campaign from the GOP amounted to the Republican Party’s closing message of the 2018 campaign. During this dinner, just months before those elections, he made clear he was privately cheering it.

“This whole caravan is a positive thing because it’s showing people how crazy it is,” he said during the dinner, saying the quiet part loud.

Earlier on, Trump talks about the construction of his beloved wall between the U.S. and Mexico, discussing how border wall agents wanted to be able to see through the wall so he’d given up on his plans for an all-concrete structure.

“I would have loved to see a concrete wall but we just can’t do it,” he said.

“I wrote you a letter or recommendation, didn’t I?”

A running theme of the dinner is different businessmen plying Trump with ideas that would clearly help their own bottom line. And Trump makes it clear he’s willing to help grease the wheels in certain circumstances.

At the top of the meeting, Trump asks someone identified as a family member of golfer Jack Nicklaus about how their South Korea golf club is going. He then makes clear he helped the Nicklaus family with the course.

“I wrote you a letter or recommendation, didn’t I?” he says. “I know they have the letter because the president told me he got the letter so they must be treating you pretty good.”

Later in the call, Parnas pushes him to help coax the marijuana industry towards legality at the national level, specifically by allowing pot companies access to banks. Others push Trump on other issues — from managing steel tariffs to using government funds to help build roads for self-driving trucks to deregulating truckers’ safety standards.

“Had she picked Bernie Sanders it would’ve been tougher”

As he discussed the 2016 election, Trump praised his potential 2020 rival Sen. Bernie Sanders for holding similar trade views to his. And he said he was relieved when Hillary Clinton didn’t name him as her running mate.

“Had she picked Bernie Sanders it would’ve been tougher. He’s the only one I didn’t want her to pick,” Trump said.

He then predicted that Sanders would take another shot at the White House.

“I think he runs. Because he does a lot of television,” he says.

It’s no secret Trump isn’t a fan of Europe. But he’s particularly harsh in his comments on both the European Union and the North Atlantic Treaty Organization.

Later, he complains that other NATO countries aren’t doing enough to support the organization.

“Well, how about Germany opening a pipeline into Russia. And, we’re supposed to be fighting Russia. So Germany is paying Russia like $2 billion a month and they’re a member of NATO,” he says. “And we’re paying 90% of the cost of NATO.”

The U.S. accounts for about 70% of defense spending by NATO countries.

Cover: U.S. President Donald Trump speaks in the East Room of the White House during an event with U.S. mayors on January 24, 2020 in Washington, DC. (Photo by Drew Angerer/Getty Images)

Listen to Trump Tell Lev Parnas to ‘Get Rid of’ the U.S. Ambassador to Ukraine