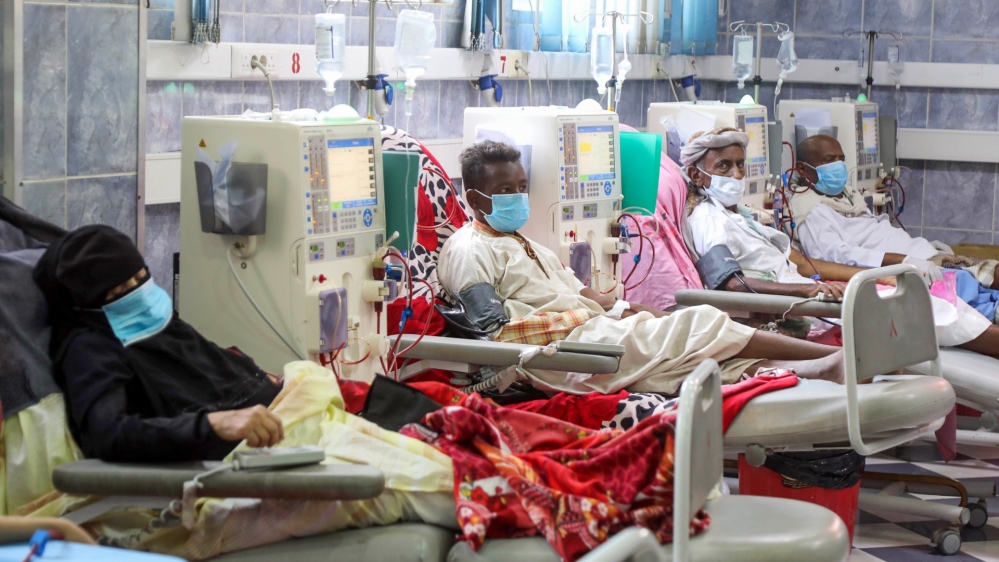 The United Nations Security Council has unanimously adopted a resolution demanding an “immediate cessation of hostilities” for at least 90 days in key conflicts including Syria, Yemen, Libya, South Sudan and Congo to tackle the coronavirus pandemic.
New US coronavirus cases rose by nearly 50,000, according to a Reuters tally, marking the biggest one-day spike since the start of the pandemic. More than half of new cases each day come from US states of Arizona, California, Florida and Texas, home to 30 percent of the country’s population.
New Zealand’s health minister, David Clark, resigned on Thursday, following recent slip-ups in the government’s response to the COVID-19 pandemic and personal mistakes.
Italy’s hard-hit northern region of Lombardy accounted for considerably more than half of the nation’s latest confirmed 187 coronavirus cases – raising the total to 240,760 nationwide. The Health Ministry also reported 21 new deaths, raising to 34,788 the total of known deaths.
More than 10.6 million people around the world have been diagnosed with the coronavirus, over 5.6 million have recovered, and more than 514,000 have died, according to Johns Hopkins University.
Here are the latest updates.
Thursday, July 2
02:07 GMT – Colombia tops 100,000 coronavirus cases, posts new daily record
Colombia’s confirmed coronavirus infections tipped across the 100,000 case threshold on Wednesday, as the country’s quarantine measures roll on and intensive care units fill, Reuters news agency reported.
Confirmed coronavirus cases now number 102,009, the health ministry said, 54,941 of which are active. Some 3,470 people have died.
Wednesday also marked the highest-ever daily increase in confirmed cases with an uptick of 4,163.
The mayor of the country’s capital Bogota said over the weekend the city should prepare for a stricter lockdown as ICUs reached 70 percent capacity, but ruled out tougher measures after the national government turned over hundreds of additional ventilators.
01:44 GMT – China reports five new coronavirus cases in mainland on July 1
China on Thursday reported three new coronavirus cases and two new asymptomatic case in the mainland for July 1, compared with three cases a day earlier, the health authority said.
Two of the new infections were imported cases, the National Health Commission said in a statement, while the capital city of Beijing reported one new case. There were no new deaths.
As of July 1, mainland China had a total of 83,537 confirmed coronavirus cases, it said. China’s death toll from the coronavirus remained at 4,634.
01:15 GMT – Mexico coronavirus death toll hits 28,510, exceeding Spain
Mexico’s health ministry has reported 5,681 new cases of coronavirus infection and 741 additional fatalities, bringing the total in the country to 231,770 cases and 28,510 deaths.
With the additional deaths, Mexico’s coronavirus toll exceeded Spain’s total number of fatalities from the virus, which on Wednesday was 28,363, according to a Reuters tally.
00:37 GMT – US coronavirus cases rise to almost 50,000 to set new daily record

Since June 4, the US city of Las Vegas has allowed the operation of gambling machines despite the threat of the spread of coonavirus [File: Ethan Miller/ Getty via AFP]

Coronavirus cases in the United States rose by almost 50,000, the biggest daily increase since the pandemic started, according to the latest Reuters tally late on Wednesday.
The number of US COVID-19 infections has surged over the past week, with daily figures setting new records several times in the past week, according to the tally. The United States reported at least 49,286 cases as of the end of Tuesday.
Arizona, California, Florida and Texas have led the increases and were among 14 states that have reported a more than doubling of case numbers during the month of June, according to a Reuters analysis as of the end of Wednesday.
The US has reported at least 2.68 million cases with over 128,000 deaths.
The World Health Organization (WHO) on Wednesday warned any nation that fails to use every mechanism available to combat the still raging novel coronavirus is in for a “long, hard” battle.
00:01 GMT – New Zealand’s health minister Clark resigns
New Zealand’s health minister, David Clark, resigned on Thursday, following recent slip-ups in the government’s response to the COVID-19 pandemic and personal mistakes.
“It has become increasingly clear to me that my continuation in the role is distracting for the government’s overall response to COVID-19 and the global pandemic,” he said in a news conference in parliament.
Clark said Prime Minister Jacinda Ardern had accepted his resignation.
___________________________________________________________________
Hello and welcome to Al Jazeera’s continuing coverage of the coronavirus pandemic. I’m Ted Regencia in Kuala Lumpur, Malaysia.
Read all the updates from yesterday (July 1) here.
Continue Reading…

Turkey’s Hagia Sophia and the battle to reconvert it to a mosque |NationalTribune.com

Buoyed by their recent military victories in western Libya, GNA forces have launched an offensive to capture other opposition strongholds [Stringer/EPA] The European Union’s top diplomat has urged all parties in the conflict in Libya to immediately stop all military operations and engage constructively in peace negotiations. As Turkish drones helped drive eastern Libyan forces… 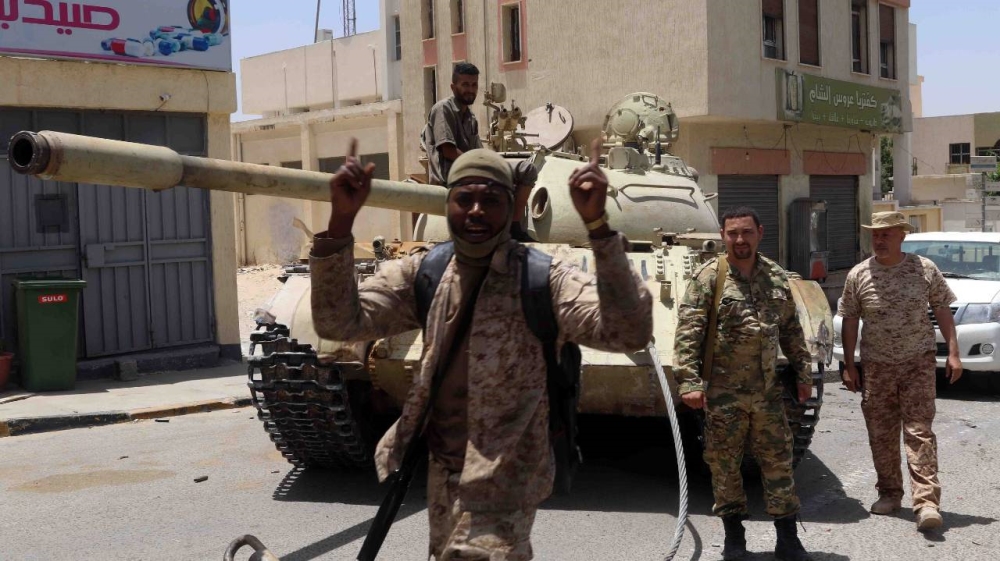 Buoyed by their recent military victories in western Libya, GNA forces have launched an offensive to capture other opposition strongholds [Stringer/EPA]
The European Union’s top diplomat has urged all parties in the conflict in Libya to immediately stop all military operations and engage constructively in peace negotiations.
As Turkish drones helped drive eastern Libyan forces back from Tripoli this month, Russia was said to be reinforcing the forces with warplanes, raising the stakes in a civil war that has partitioned the north African country.
More:

Libya: The battle for Tripoli explained in 600 words

Recent weeks have marked a turning point in a complex conflict between two uneasy coalitions that are each backed by an array of foreign states, whose competing regional agendas make them unwilling to countenance defeat.
In a joint statement with the foreign ministers of Germany, France and Italy issued on Tuesday, the EU’s top diplomat, Josep Borrell, called on the conflict parties in Libya to swiftly agree on a ceasefire and withdraw all foreign forces, mercenaries and military equipment.
The joint statement followed increased diplomatic efforts by Germany to push for a political solution to the Libya crisis.

Chancellor Angela Merkel earlier on Tuesday expressed her concern in a telephone call with Russian President Vladimir Putin over the recent escalation of fighting in Libya.
On Monday, Merkel discussed the situation in the country with Egyptian President Abdel Fattah al-Sisi.
Merkel told el-Sisi that United Nations-backed negotiations must remain the key aim of the peace process where the internationally recognised Government of National Accord (GNA) is fighting General Khalifa Haftar’s self-styled Libyan National Army in the east.
On Saturday, el-Sisi proposed a new ceasefire after the Turkish-backed GNA won a series of rapid victories over Haftar’s forces, dashing Haftar’s bid to unite the country by force with help from Egypt, the United Arab Emirates and Russia.
Buoyed by their recent military victories in western Libya, GNA forces have launched an offensive to capture Sirte, with fighting so far concentrated on the city’s western and southern outskirts.
Known for being the birthplace of former longtime ruler Muammar Gaddafi, Sirte holds significant symbolic value as it is located roughly halfway between Tripoli and Haftar’s eastern bastion of Benghazi.