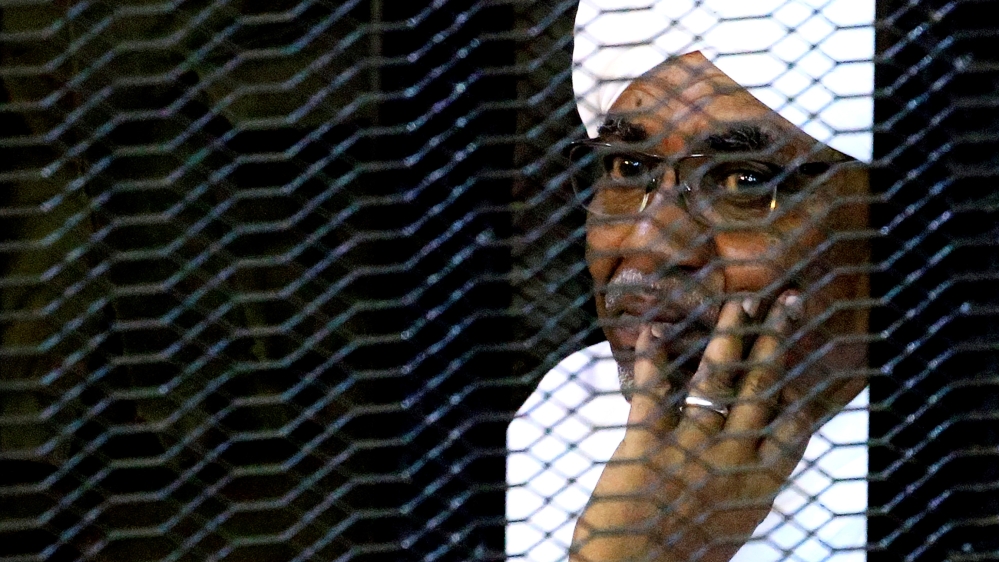 It has been one year since popular protests in Sudan brought down the regime of former President Omar al-Bashir, who oversaw an economic decline during his three decades of iron-fist rule.
Al-Bashir was forced out by the military on April 11, 2019, after the north African nation was engulfed in months of mass protests against the economic crisis.
More:

Since he came to power in a coup in 1989, al-Bashir transformed Sudan from a relatively stable country with good ties with regional and international communities into a pariah state engulfed in multiple civil wars, human rights abuses and endemic corruption.
War crimes
The country’s Darfur region saw 17 years of fighting during which a government-backed militia known as the Janjaweed committed various atrocities – including the killing 300,000 people and the displacement of 2.5 million.
He is currently facing multiple charges of genocide, war crimes, and crimes against humanity by the International Criminal Court (ICC) for the crimes committed in the Darfur conflict in 2003.
In December last year, he was sentenced to two years in detention for corruption, but owing to his advanced age he was ordered to serve his term in a correctional facility.
Kevin Jon Heller, associate professor of public international law at the University of Amsterdam, told Al Jazeera that al-Bashir should be tried for his crimes in Sudan in a fair trial.
“I don’t see what Sudan has to gain by surrendering Bashir to the ICC. Were Sudan to do so, it would essentially be admitting that its criminal-justice system is incapable of dealing with crimes committed by the previous regime.
“That would be a terrible message to send to ordinary Sudanese who are looking to new joint military/civilian government to break from the past,” he said.
Many analysts, however, have credited him for signing an agreement to end the decades-old civil war in the country’s south and subsequently granting the oil-rich region its independence. Al-Bashir travelled to Juba to attend the inauguration of South Sudan as an independent nation on July 9, 2011.
Transitional government
Since August last year, an interim government comprising civilians and military officials has taken over the reins of power in the country.
Soaring inflation, a huge public debt and tricky efforts to forge peace with rebels are among the major challenges before the transitional government headed by Prime Minister Abdalla Hamdok – a former World Bank economist.
Khartoum-based political analyst Osman Merghani said despite the removal of al-Bashir from power last year, “real change” has not happened in Sudan.
Merghani said the new governing parties and groups that make up the transitional government have no common vision on what the future of Sudan should look like.
He argued that this is very problematic given the urgent need to restructure and modernise the Sudanese state institutions.
“What is needed is to restructure the Sudanese state and create modern institutions that provide stability and progress for the people of Sudan,” he told Al Jazeera.
Sudan’s economy, already suffering from long-running US sanctions, was badly hit in 2011 when oil-rich South Sudan broke away.
The US announced an end to its 20-year-old trade embargo against Sudan in October 2017 but kept the country on its state sponsors of “terrorism” list, which the current transitional administration wants to remove the country from.
Experts say being removed from that list will put Khartoum on the path of reintegration into the international community and economic recovery.
Sudan’s Ministry of Justice said last week it has finalised a settlement deal with the families of 17 US sailors killed in an attack on a US Navy warship at a port in Yemen in the year 2000. As part of the agreement, Sudan would pay $70m to the families of the US sailors.
Gamal Gasim, from the Grand Valley State University in Michigan in the US, said al-Bashir had reoriented Sudan into China’s sphere of influence relying on its economic and political support which was not enough to keep the country afloat.
Gasim, professor of political science and middle east politics, told Al Jazeera that the new leaders in Khartoum must not put all of their eggs in the US basket.
“The new leaders of the country must address al-Bashir’s legacy through democratic and economic reforms,” he said.
Merghani, the political analyst, said: “Even though al-Bashir was removed from power, his regime still lives on.”
Follow Ali Younes on Twitter: @ali_reports
Continue Reading…

Italy to remain in lockdown until at least May 3