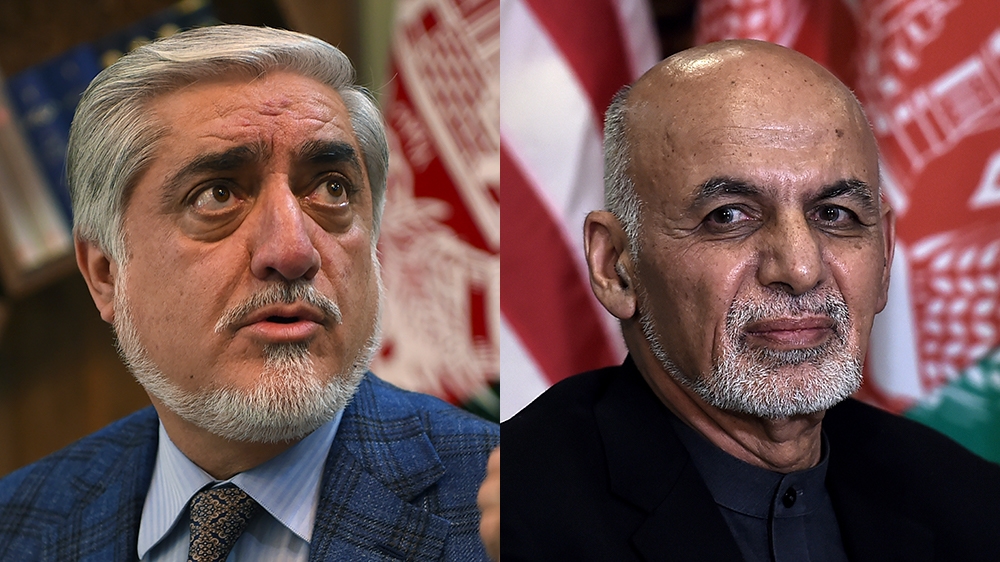 US defence chief in Afghanistan to help revive stalled talks

“We’ve sent the invitation to all national and international organisations and all necessary preparations have been taken,” Fraidoon Khwazoon, Abdullah’s spokesman said, referring to invitations to an inauguration ceremony due to take place in Kabul on Monday morning at a similar time to Ghani’s.
A political impasse and threat of parallel governments jeopardise a nascent peace process in the nation, as the United States tries to push the Afghan government towards talks with the Taliban.
In February, Afghanistan’s Electoral Commission announced Ghani as the winner of September’s presidential election, but Abdullah claimed that he and his allies had won the polls and insisted that he would form a government.

Sediq Sediqqi, a spokesman for Ghani, emphasised that his side was the recognised winner of last year’s polls.
“The election season is over and president-elect Ghani was given the winner’s certificate by the independent election commission based on the outcome of the election and country’s constitution,” Sediqqi said on Saturday.
Ghani and Abdullah are old rivals who held roles in the previous government under a US-brokered power-sharing agreement.
A former foreign minister, Abdullah held the specially created post of chief executive in the outgoing government.
Diplomats and experts have said a lack of cohesion among Afghan political leaders will make it difficult for talks with the Taliban, which are due to start on Tuesday, to take place.
“This is a bad omen for the peace process,” a diplomat whose country’s embassy in Kabul had been told an invitation to Abdullah’s ceremony was on the way, was quoted as saying by Reuters news agency.
He said diplomats from different countries were calling and messaging each other to find out about each other’s plans.
US Special Envoy Zalmay Khalilzad was holding talks with both camps to try to broker a solution before Monday, the diplomat said.

BackPage 1 of 2Next →
In this article:Afghanistan, Ghani