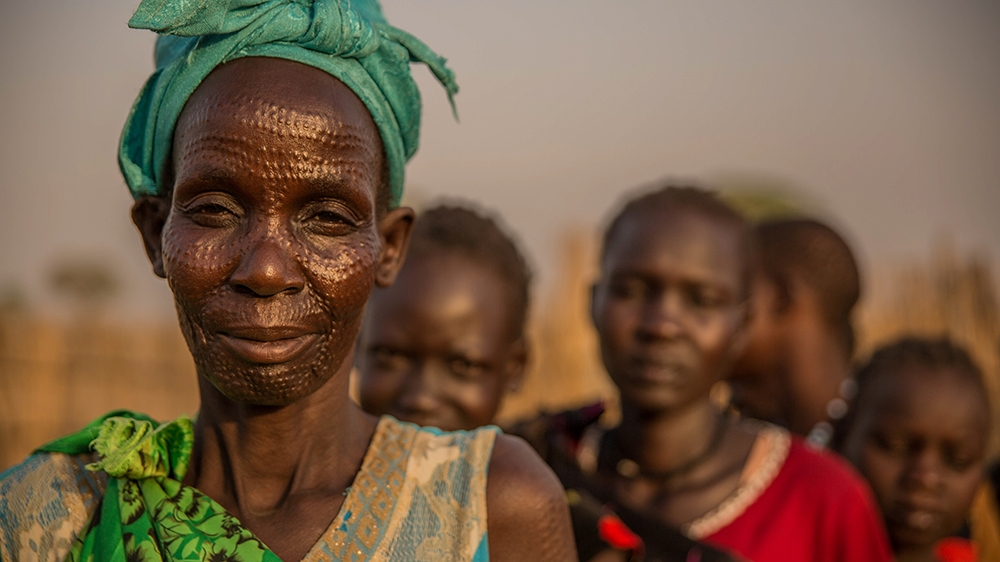 South Sudan’s warring parties have once again declared an official end to the country’s brutal civil war that killed an estimated 400,000 people and displaced millions of others over the past six years.
On Saturday, President Salva Kiir swore in opposition leader Riek Machar as his first deputy, narrowly meeting a twice delayed deadline to form a transitional coalition government as part of a power-sharing agreement signed in September 2018. Three other vice presidents were also sworn in – two from the government and one from the opposition – and a fifth from another opposition group is expected to be announced in the coming days.
More:

The transitional government will lead the country to elections in three years.
Addressing the nation from the capital, Juba, Kiir urged the population to forgive one another like he and Machar did and assured the country that peace was now “irreversible”.
“It is no longer in the corner or on the way,” he said on Saturday. “Peace is here in Juba and it will spread to all corners of our country.”
Broken deals
This is the bitter rivals’ latest attempt at peace since fighting erupted between forces loyal to Kiir and troops supporting Machar in 2013, two years after South Sudan gained independence from Sudan.
Countless ceasefires have since been violated and a 2015 peace deal collapsed when renewed clashes broke out the next year, forcing Machar to flee the country on foot. While fighting largely subsided over the past year, the implementation of the 2018 agreement has been sluggish and fraught with a lack of funding and questionable political will. Two deadlines, in May and November, were missed due to unresolved key issues, including security arrangements and an agreement on the number of states.
On Saturday, reactions among locals towards the new government were mixed.
“The nation was fragmented along tribal lines and their coming together … is a key step towards uniting the country,” said John Garang, a Juba resident.
But Ayuel Chan, a local journalist with the state-owned South Sudan Broadcast Corporation, was more sceptical. “Unless something drastic happens, there will [be] little change in the status quo,” he said, striking a pessimistic tone over a scenario in which longtime government officials with a poor track record, including some who have held office since pre-independence, were re-elected.

BackPage 1 of 2Next →
In this article:After, years